Facing a 300 year prison sentence, the man who hacked into chats between Judge Sergio Moro and the Curitiba Lava Jato task-force explains why he did it and why he is disappointed with the Intercept.

Walter Delgatti, 31, grew up in a conservative region of Sao Paulo in the mid-sized city of Araraquara. In a recent interview on the Brazilian news portal Brasil 247, he told the story of his life and explained why he decided to hack into the the conversations between members of the Lava Jato task force which have recently been admitted by the Supreme Court as evidence in the US-backed investigation that removed Lula from the 2018 presidential elections at a moment when he was leading in the polls with over double the support of neofacist former Military Dictatorship captain Jair Bolsonaro.

Delgatti developed an early interest in computer games age and got a job working in a LAN house at age 12. As a teenager he started hanging out with a group of friends who got involved in producing parties and concerts, mainly for EDM and Sertanejo, the Brazilian country pop music that is popular with conservatives. Although Sergio Moro and his allies in the Federal Police tried to portray Delgatti as a fanatical Bolsonaro supporter when he was first arrested, he says that although he initially supported the Lava Jato operation because he believed everything he saw in the media at the time, he was always apolitical. To this day, he said, he has never voted in an election.

As his friends music production operations grew, local police began to suspect that they were laundering money based on cash from informal transactions like entry fees to private parties with live music that was circulating through their bank accounts. In 2015, they raided Delgatti’s house and arrested him for allegedly having a fake credit card, but the charges didn’t stick. In 2017 they raided the houses of he and two other members of the production company. Delgatti was imprisoned for possession of illegal narcotics with intent to sell and his photo was posted all over the local news. In the interview for Brasil 247, he said he was framed. The illegal “narcotics” that police found in his house comprised of 3 boxes of the tranquilizer Clonazepam for which he had a prescription, along with anti-depressants, due to anxiety problems he’s had since childhood. In order to make it look like he was dealing the drug, which costs around $3.50 US a box in Brazil, the local media and police announced that he had been arrested with “86” pills – this due to the fact that he had already opened one box of 30 because was taking it nightly for anxiety and insomnia.

At this point, he spent 6 months in jail before being released on a habeas corpus, and his girlfriend dumped him. Delgatti says that she refused to believe his side of the story because there was so much positive news about Lava Jato in the media. On the day she dumped him she told him, “the public prosecutors never lie.”

Shortly afterwards, he was sitting in his court hearing and noticed one of the prosecutors chatting on Telegram. Looking over his shoulder, he managed to ascertain the man’s phone number. At this point, he decided to try to hack into the the prosecutors backup files on the cloud and see what he was saying about his case.

Delgatti does not go into much detail about how he did it, but he said that once you get into one person’s backup archives you can daisy chain through their address book and hack into all of their contacts messages as well. Soon, Delgatti had worked his way through hundreds of accounts, including two Supreme Court justices. After getting into the account of conservative journalist turned Congresswoman, Joice Hassleman, he saw Lava Jato chief prosecutor Delton Dallagnol’s name in her address book and hacked in. From there, he managed to get into the messages from the rest of the Curitiba Lava Jato task-force.

Delgatti says that most of the Lava Jato prosecutors would erase their messages every month or so, so he only had recent conversations from them. Dallagnol, on the other hand, still had 5 years of messages on his phone. Every conversation that he had ever had related to Lava Jato was still in his backup files on the web.

Slicing through the cloud like a hot knife through butter, soon Delgatti had 6 terabytes of conversations between Lava Jato task-force members. In the case of Judge Sergio Moro (who was bizarrely allowed to oversee the Lava Jato investigation, ruling on admissibility of evidence and issuing search warrants and then rule on his own investigation) Delgatti says that he erased his messages every week. However, as he was the real person running the investigation, continually illegally giving out instructions to the prosecutors in a case that he was supposed to rule impartially on, Dallagnol and the rest of the group shared his audio and text messages among themselves. This this is how Delgatti was able to accumulate hundreds of gigabytes of conversations involving Moro.

Delgatti says that at the time he still believed everything he saw on TV about Lava Jato. As he read through the messages, he panicked. “I saw that they were doing the same thing to Lula that they had done to me,” he said.

It was so much information that he only managed to read about 20% of it. This was enough for him to realize that a former President had been the victim of a huge injustice and that Bolsonaro’s election was illegitimate. Terrified that the Federal Police would find him and arrest him at any moment, he decided to figure out a way to go public with the information.

“I got in touch with several important journalists and nobody wanted to have anything to do with it,” he said. “I decided they were all afraid and that maybe I could convince someone who was living outside of Brazil to get involved.” He immediately thought of Jean Wyllys, Brazil’s first openly gay Congressman, who had resigned and fled Brazil with help from Brown University Professor James Green after receiving a series of death threats from Rio de Janeiro paramilitary militias connected to the Bolsonaro family.

Slicing through address book after address book, he managed to hack into the account of Rio Grande do Sul State Congresswoman and 2018 communist party Vice Presidential candidate Manuela d’Ávila, who is a friend of Wyllys. Posing as d’Ávila, he sent a series of messages to Wyllys, but was ignored. At this point, d’Ávila noticed she was being hacked and started talking to Delgatti. He explained what was going on, and she suggested intermediating with Glenn Greenwald for him. 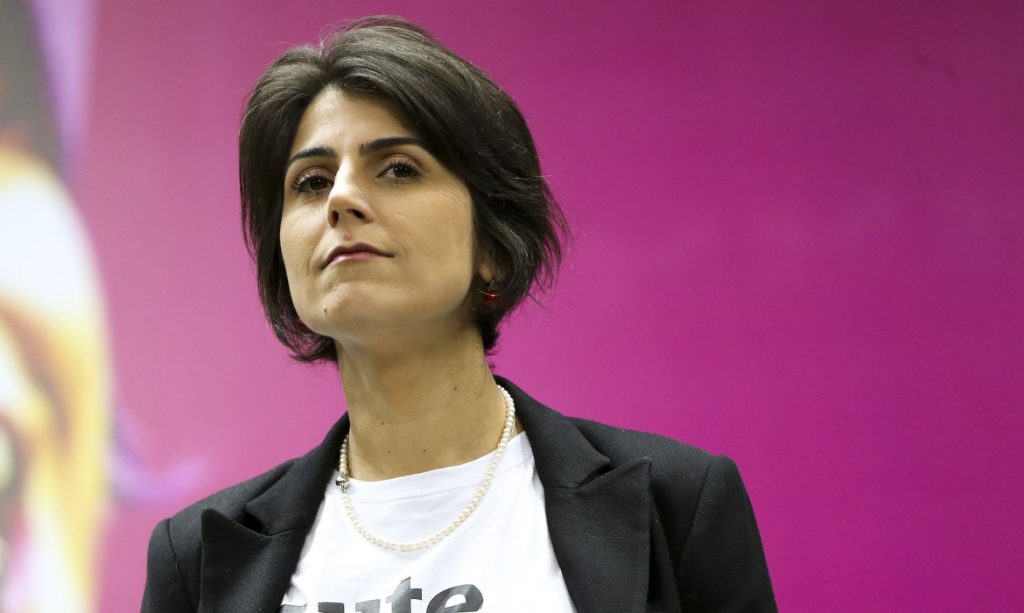 Greenwald asked to look at a selection of the leaks and Delgatti forwarded him a 57 gigabyte selection of the conversations. At this point, the Intercept, in partnership with a group of conservative media outlets like Veja and Folha de Sao Paulo that supported the 2016 coup against Dilma Rousseff, began publishing a series of articles based on the leaks. The Intercept articles revealed important information that clearly demonstrates illegal collusion between the judge and prosecutors. They show how Judge Sergio Moro gave instructions to the prosecution about what information should be leaked to what reporters in what TV networks and newspapers, in order to damage Lula’s public image during the lead up to the trial. The articles show prosecutors talking about praying to God that Bolsonaro win the presidential elections. They show that, even on the day of the final trial, they knew they had no evidence against Lula but that Moro was going to “take care of it” for them. They show prosecutors bragging about allies in the Supreme Court who would help open an exception to the Constitution and jail former President Lula for charges of “undetermined acts of corruption”, with no material evidence, 5 months before the presidential elections for which he was the leading candidate. The leaks were published slowly and selectively starting in June, 2019. Intercept refused to share its entire body of leaks with the public. It wouldn’t be until the 96th article in March 2020, after Lula had already been released from jail and the Covid Pandemic was taking up all of the headlines in the Brazilian media, that Intercept would release the first conversations about US involvement in Lava Jato, later helping smaller media outlet Agencia Publica reveal that a group of 18 FBI agents led by Leslie Backshies met with Lava Jato prosecutors every two weeks for several years, including during the period they were making their case against Lula.

Delgatti said that he now has mixed feelings about Greenwald and the Intercept. “I only sent the Intercept 57 gigabytes of the conversations from Lava Jato and after this, Glenn refused to take any more of it. He said, ‘no. What I already have is already going to give us enough material for 1 year of articles. It’s a lot of stuff. I have a year’s worth of articles,’ and he didn’t want any more of it. I had a lot more information and he didn’t want it. Now, he has released very little of what he received. To this day I don’t understand why. I haven’t spoken to him about it. I don’t know if, after the Attorney Generals office filed those charges against him that were later dropped, he might have felt pressured to pause things a little bit. I don’t know because I haven’t had any contact with him, but I see that he has released very little so far. I like the way he has contextualized the things he has published and I thank him for this, but I see that he has really just been publishing these leaks drop by drop and he hasn’t shared everything he’s received. I don’t know the motive for this. The fact is I sent him so much and he hasn’t ended up sharing it. The truth is, I feel a little disappointed and don’t understand why he did this.”

The maximum prison sentence in Brazil for hacking into a smartphone is 1 year, but through a loophole in the law, the Attorney General’s Office is threatening Delgatti with 300 consecutive prison sentences of one year each. When asked how he feels about it, he says that if he could do everything over again he would. “Even if I have to spend the rest of my life behind bars, it will be worth it to me because I know I have contributed something positive for democracy in this country. I believe strongly in this, this is why I didn’t charge the Intercept for the information.”

Meanwhile, the Supreme Court has turned over 30 times more information than what was received by the Intercept – 20% of the total volume of leaks – to Lula’s defense team, and more and more evidence beneficial to the defense is coming out daily, much involving illegal collaboration with US Government officials beyond the terms of the partnership agreement. This has already resulted in a motion to drop charges due to violation of Brazil’s sovereignty laws. A recent leak revealed by the defense team shows Lava Jato chief Delton Dallagnol, on the day of Lula’s imprisonment, referring to it as a gift from the CIA. Now that Intercept has lost its monopoly over the Lava Jato leaks, time will tell whether it deliberately sat on evidence beneficial to the defense team of a former President during his unjust political imprisonment in what was recently referred to in a New York Times op ed piece as, the biggest legal scandal in Brazilian history.