In Honduras, the crisis which began with the coup d’état in 2009 continues and shows us what awaits Brazil following the coup of 2016.

The entire process that culminated in Brazil’s coup first took place in Honduras on June 28, 2009. This was followed by Paraguay, Thailand, Egypt and Ukraine. In all there is a common modus operandi; a campaign against corruption, mobilization of thousands on the streets against the government, support of the bourgeois media and many areas of the Judiciary.

The right wing who took power in Honduras did everything possible to prevent the candidate backed by former President Manuel Zelaya from emerging winner in the recent elections, as the partial results show.

Zelaya’s candidate, Salvador Nasralla, appeared to have a large advantage when the country’s top electoral court suspended all disclosure of the partial results of the election, claiming a system failure and announcing a final result in which the coup candidate and current president, Juan Orlando Hernández was the victor.

The population took to the streets demanding a recount of the votes. Juan Orlando Hernández filed a state of emergency for 10 days with a curfew, barring people from taking to the streets from 6:00 pm to 6:00 am. A typical dictatorship measure. People were killed in the protests and Police refused to shoot the population on the streets. This is the current situation in the country. The population has taken to the streets, defying the curfew, to avoid a new coup d’état by an unpopular right-wing who can not even win their own controlled elections.

The coup in Honduras could be considered a simulacrum of the coup in Brazil, had it not happened before. Zelaya was accused of “national treason” for proposing that in the 2009 elections voters should also be consulted on the proposal to convene a National Constituent Assembly. In just 48 hours the request of the Public Prosecutor’s Office for deposition of the president-elect was approved by the Supreme Court. The same speed as Sérgio Moro and the prosecutors of Lava Jato when it comes to condemning PT politicians.

After the coup, claimed by many to be “constitutional,” the right suspended constitutional freedoms, persecuted opponents and leftist militants and won the elections in 2010 and 2014. Having altered the judges and ministers of the Supreme Court and the Superior Electoral Tribunal, Juan Orlando Hernández obtained the authorisation to run for a second term, even with the ban on the country’s constitution. Unsatisfied, they openly defrauded the election this month.

The Honduran population, however, resists this right-wing coup financed and supported directly by the United States. As was evidenced by the funding and training of the security forces promoted by the US to the president sworn in with the coup d’etat of 2009. With charges including promotion of extrajudicial executions of opponents of the coup government.

Two days after the false election results were released, the US offered millions of dollars in “aid” to “certify” that the country’s authorities are committed to fighting corruption and protecting human rights.

The Honduran resistance shows that if Brazilian workers do not want to watch the same film happening today in Honduras, they must immediately resist the coup with all possible force.

Believing that, after a coup, the right will accept any prospect of electoral defeat is the worst mistake one can make right now. 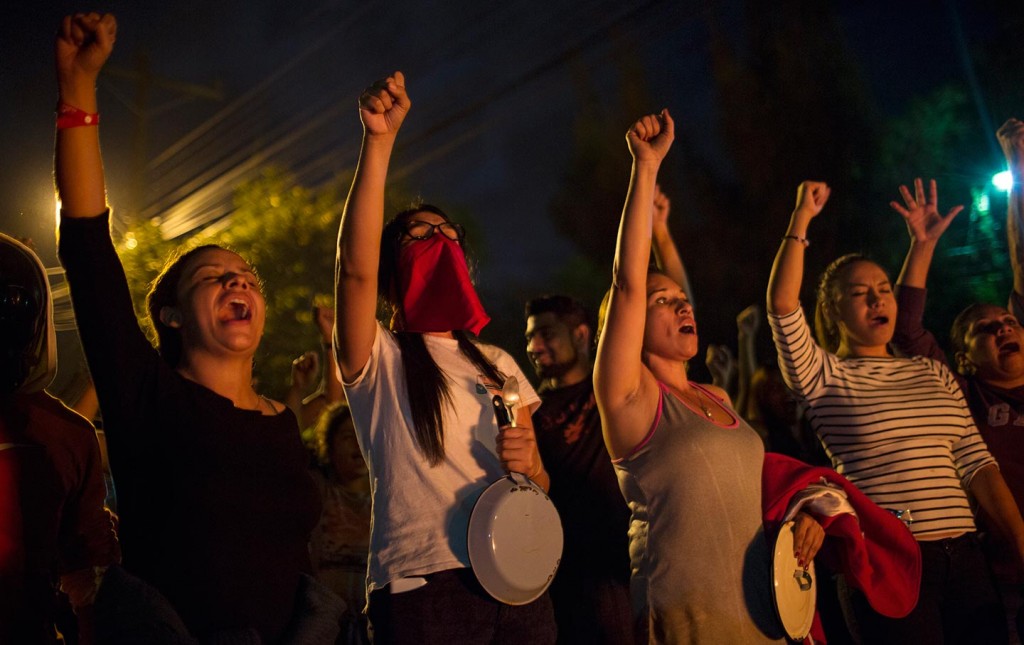