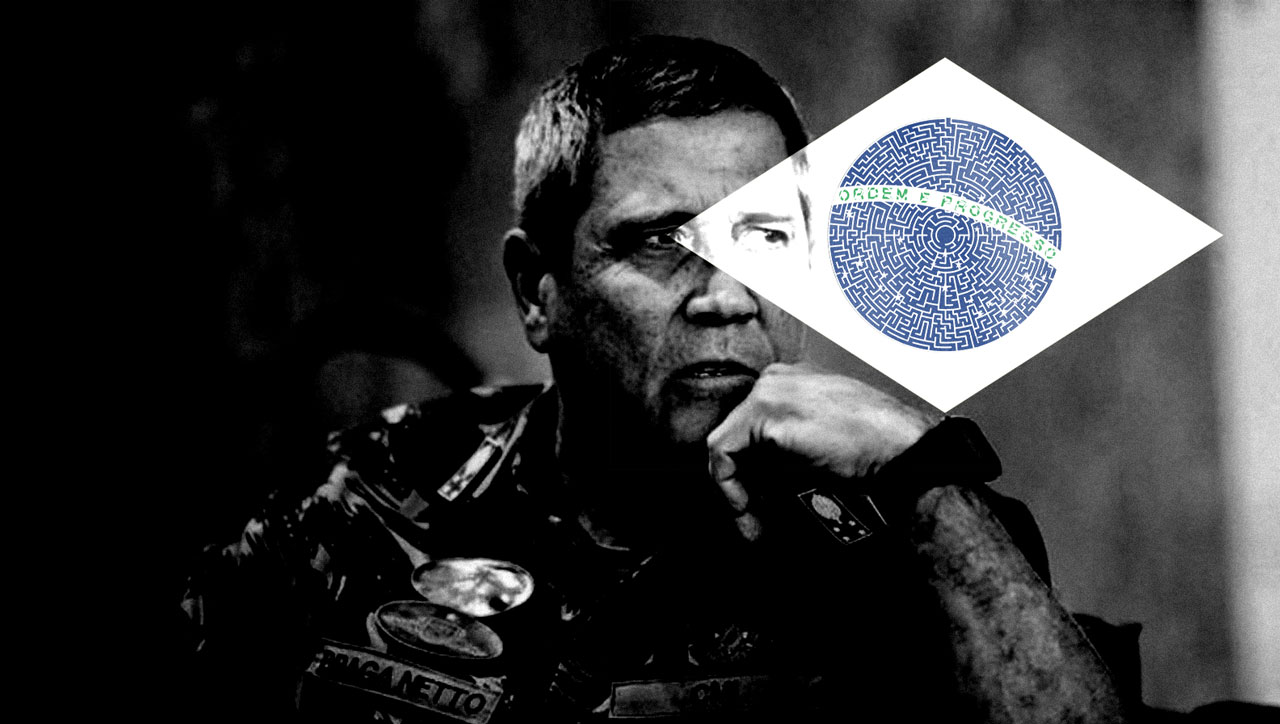 The “Operational President” of Brazil

As the saga of an “Operational President” rolls on, former editor of Folha de Pernambuco and Diario de Pernambuco, Homero Fonseca, unpicks the details and concludes that whatever the Military’s intent, Bolsonaro will not go quietly.

The unprecedented, frantic and surreal political events of the past few days have confirmed two things:

2 – Bolsonaro will not accept his own usurpation quietly .

The Coronavirus pandemic, in addition to its tremendous impact on public health and the economy, had an unexpected political effect: it broke the alliance between elites and the extreme right, which, with the endorsement of military leaders, led obscure Congressman Jair Bolsonaro to the Presidency of the Republic, in the vacuum produced by Operation Lava Jato.

This arrangement was to last at least until 2022, with Bolsonaro playing the role of buffoon who feeds his base with cavalier doses of rudimentary ideology, and distracts leftist opposition in an endless verbal war, whilst Paulo Guedes and his Chicago boys did what really mattered: ultraliberal economic policy.

By exposing the ex-captain’s unpreparedness and imbalance, Covid-19 detonated this political pact. The holders of real power realized that the President’s ideological fanaticism and entourage could be a threat to their own interests (the counterproductive confrontation with China is just one example). Estadão Newspaper’s editorial exposed the conservative elite’s sentiment about it:

“For those who still thought it possible that Bolsonaro, given the seriousness of the crisis, would finally become aware of his role and start to act as head of state, and not as head of gang, it must have become clear that the former deputy of the lower clergy will never be the statesman that the country needs. Bolsonaro is definitely not recyclable. ” [1]

Bolsonaro’s response, as it turned out, was a radical turn towards institutional rupture, with the intention of implementing the repressive dictatorship of his dreams.

The Generals in their labyrinth

The Generals were alarmed when they realized that they had trapped themselves in the labyrinth that they helped to build: the absolute incompetence of the ruler in the face of the enormous challenge before him threatened the effort to fight the pandemic, and could lead to a social upheaval of great proportions – a ghost surrounding the armed forces in their recurring nightmares. The evident radicalization of the head of government only made the situation worse. And there were the panelaço protests, which worried General Villas Boas, the “godfather” of the president [2], and international isolation (his Trump allies, Boris Johnson, India’s Narendra Modi, Hungary’s Viktor Orban, the whole right-wing group, found themselves obliged to bow to WHO guidance). Even Twitter, Facebook and Instagram blocked the President of the Republic!

The Generals finally acted, in the silence of opaque decisions.

On the first day of this month, the Defesa.net portal, a kind of informal spokesman for militarism, reported: “ Gen. Braga Netto Assumes the Planalto General Staff ”, in a “complex construction, (…) product of an“ agreement above, involving ministers and military commanders and the President of the Republic ”. The idea would be to “reduce the president’s exposure, leaving him ‘democratically’ (…) to behave as if he does not belong to his own government”. And he added in the purest military jargon: “This decision has already been communicated, with due care, to the ministers and the main authorities of the Three Powers. At least as long as the serious crisis continues, the general will be the ‘operational president’ of Brazil ”. [3]

Another important piece of information is contained in a document by CEEEX (Army Strategic Studies Center), supporting the Ministry of Health line (without expressly mentioning it), talking of the political need for “a consensus to be built urgently”, and concluding in an enigmatic but expressive way: “It seems unreasonable to break governance at such a critical moment”. [4] In other words, it recommends support for Mandetta’s policy, whilst keeping Bolsonaro where he is. All the military leaders’ movements and statements confirm this direction.

Joining the dots, it appears that Bolsonaro’s excesses, sabotaging the actions of his own Ministry of Health and the governments of several States, led military commanders to go beyond pure tutelage and assume power, whilst maintaining the appearance of “normality”.

But the uncontrollable ex-captain continued his line of provocation, whose surrealist peak (so far) took place on an unforgettable Monday (6/04): the soap opera of the dismissal that did not take place. After making one of the most pathetic speeches ever spoken by a head of government (“I’m not afraid to use my pen”), Bolsonaro called the ministry and leaked that he would fire Mandetta ( O Globo even published online that Mandetta was fired). [5]

At the end of the meeting, instead of the president communicating the dismissal of the health minister to the press, it was Mandetta himself who made a statement saying that he was still minister, making several indirect remarks directed at the president. It was a surreal repetition of “Dia do Fico”.

Jair Bolsonaro was demoralized by the episode. The mainstream press downplayed this, maintaining the appearance of normality, as the Generals want. Bolsonaro lost a battle. But, he did not lose the war. Military leaders surrounded the political virus they helped create, but did not exterminate it – after all, they share the same ideology. Bolsonaro, in addition to the support of a so far unshakable base, has a demonic asset: if the pandemic brings sanitary and social chaos, as predicted and despite efforts to contain it, he can shout: “Didn’t I tell you?”, and blame the strategy of general isolation, which he himself sabotaged.

Will he be heard? By whom? What is the population’s state of mind in the midst of a destructive pandemic? Will the generals return governmental power to Bolsonaro, or will they continue in custody (“without breaking governance”, as shown in the CEEEX study)? Meteorologists have an easier job.

This article originally appeared at GGN.

Homero Fonseca is a Pernambucano writer and journalist, graduated from the Catholic University of Pernambuco. He was editor of Continente Multicultural magazine, editor of Folha de Pernambuco, chief editor of Diario de Pernambuco and reporter for Jornal do Commercio. He was also a professor of Communication Theory and received an honorable mention in the Vladimir Herzog Human Rights Award from the Union of Journalists of São Paulo.

Currently, he dedicates himself to literature and maintains a blog in which he addresses cultural issues.