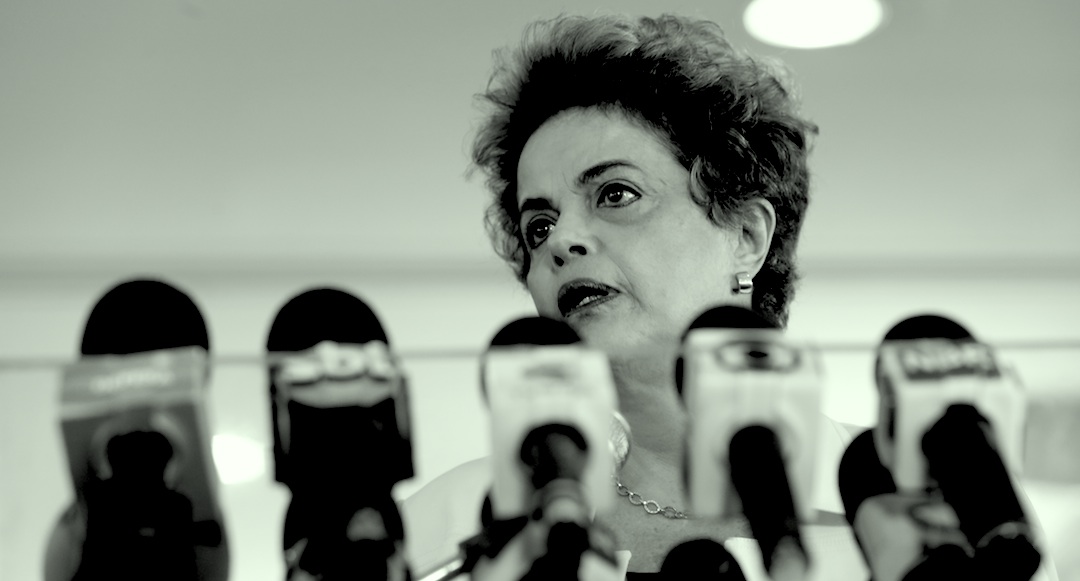 Dilma: Globo incites arrest and imprisonment without due process

13 MAY 2017. The journalistic war promoted against me and president Lula is proof that the rise of authoritarianism has radically contaminated public opinion makers, such as Merval Pereira, who suggested I should be arrested today on Globo TV.

Globo’s coverage, defending the arrest without due process of its political adversaries, strives to substitute the judiciary – and the entire legal system- with mediatic scandal. It judges and condemns. It tries to assume the role of a parallel judiciary power without any guarantee of justice based on the Democratic State of Law. In this manner it conducts veritable lynchings and tries to destroy the biography and image of citizens. In this process, it judges without a robe and promotes sentencing without the right to defense. It mortally wounds the freedom of the press, because it does not respect diversity of opinion and Justice. It selects its targets and minimizes dissent. It’s only objective is greater oligarchic control of the means of communication, to impose a single viewpoint: it’s own.

In other times, in other countries, these practices resulted in political persecution and destruction of democracy bringing forth an escalation of violence and fascism.

Intimidation will not work. I will not bow in front of these threats, much less so to the war journalism practiced by Globo. Not even torture scared me.

I will repeat what I said, in Brazil and abroad: the 2016 Coup has not ended. It is underway. It was not just against my government. It was against the Brazilian people and Brazil. It is being implemented every day by Globo, by the coup government and by everyone who desperately tries to consolidate a State of Exception and the destruction of human rights.

I will not be silenced!