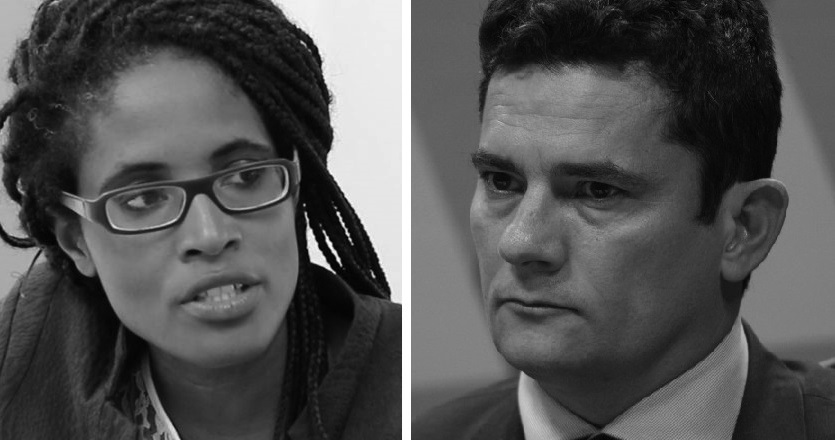 Philosopher Djamila Ribeiro questioned Judge Sergio Moro about his position at the head of Operation Lava-Jato. The Prosecuting Judge participated yesterday (13/5) in a debate at the London School of Economics, with the presence of former Attorney General José Eduardo Cardozo.

Cardozo said Dilma Rousseff’s impeachment was a coup based on accusations and was received with applause. When the discussion turned to questions from the audience, Djamila, who was to speak at the Sunday event on gender issues, criticized the “discourse of penal populism”.

Djamila Ribero posted on her Facebook page shortly after the debate:

“Moro defended the orthodox application of the law,” I asked the first question, “I said that today was the anniversary of formal liberation from slavery and that slavery was legal. Orthodox application of the law, especially in criminal matters, because that had massively imprisoned the black population, that this criminal populism causes Rafael Braga to have been imprisoned for possession of ‘Pinho Sol’ (Disinfectant). A State of exception that we see in the arbitrariness which spread with the impeachment of President Dilma, and with the fact that a judge decides to freeze the activities of the Lula Institute. I said that it was worrisome that Moro, a judge, is cheered, as this demonstrates the partisanism and I asked: can we talk about a dictatorship in the judiciary? Is it possible to have dialogue with arbitrariness? I almost could not conclude because the Moro fan club kept booing and interrupting me.”

The former deputy secretary of Human Rights of the city of São Paulo recalled that the decision to stop the activities of the Lula Institute was made with a “canetada”. “A Judge should not have a side” she emphasized when commenting on the crowd of Moro supporters at the debate.