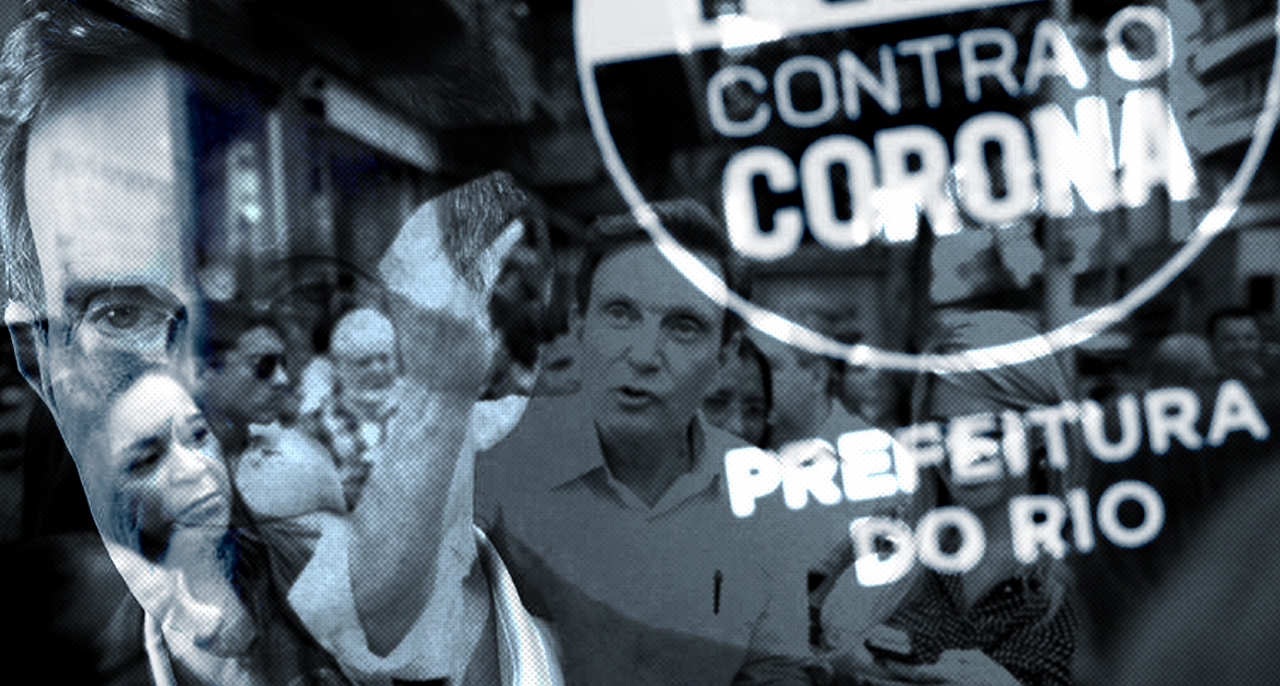 Imagine that the president of Belarus, Alexander Lukashenko, was caught organizing a scheme with his government officials to embarrass journalists and disrupt reports on the doors of Belarusian hospitals in the middle of the Covid-19 pandemic. Such an affront to freedom of the press would have worldwide repercussions, with speeches by US State Department spokesmen and long critical reports in The New York Times, El País and The Guardian.

However, this case of censorship of the press under the orders of a head of state was not in Belarus or Venezuela. The scandal happened in Rio de Janeiro, governed by a staunch ally of Jair Bolsonaro: Mayor Marcelo Crivella. In an exclusive report by TV Globo, a scheme was revealed involving government officials – people paid with money from city taxpayers – who would watch the entrance of hospitals just to block news crews from filming and prevent patients from speaking to reporters. Functioning almost like a political militia, the organization has earned a peculiar nickname: “Crivella’s Guardians”.

Who is the Mayor of Rio?

Marcelo Crivella is the nephew of Bishop Edir Macedo, founder of the Universal Church of the Kingdom of God (IURD), one of the most influential neo-Pentecostal churches in the world. Crivella is also a licensed bishop of his uncle’s church, having served the church as a missionary in Africa for 10 years. He was elected in 2002 and re-elected in 2010 as a senator with strong support from the evangelical electorate. Crivella was elected mayor of Rio in 2016 riding the conservative and anti-political wave, in a context of a very serious national crisis after the coup against Dilma Rousseff.

In 2017, he took over Rio de Janeiro City Hall promising to cut public spending in order to “manage revenue more austerely”. Resource cuts began to impact the provision of public services. The urban conservation of the city was compromised, with a 73% cut in street maintenance during his in its first two years in office. Funds were slashed for essential services, causing a collapse in municipal hospitals due to the lack of doctors, beds and medicine, before the pandemic even began.

The accumulation of delayed public works and the mayor’s slowness in responding to the demands of the population became the subject of jokes among Cariocas. The residents of Rio started asking themselves: “Where’s the mayor?” or “Does the mayor live in the city?” Poor management led Crivella to become the mayor with the worst approval in Rio’s history – 72% of Cariocas rated his term as poor or terrible, according to a 2019 Datafolha poll.

If the mayor’s commitment to public health investment is questionable, his only demonstrable concern seems reserved for unusual issues. In October 2017, Crivella vetoed a cultural exhibition at the Rio Museum of Art, claiming that the works of art promoted “zoophilia, pedophilia and disrespected religious symbols”. In an act of great repercussion, during the Rio Book Biennial in September 2019, he asked to remove copies of an Avengers comic book which featured a drawing of two men kissing. The mayor justified censoring a comic book with a gay kiss because “it was necessary to protect children from inappropriate content”.

Like Bolsonaro, Crivella has a complicated relationship with TV Globo, the largest television broadcaster in Brazil. Headquartered in Rio de Janeiro, Grupo Globo has historically treated the city as its headquarters. In turn, Crivella is seen as a representative of his uncle Bishop Edir Macedo, owner of TV Record, TV Globo’s main competitor and second largest Brazilian media group. The election of a politician explicitly linked to TV Record “under its own nose” seems unpalatable Globo, which, since Crivella’s tenure in 2017, has been harsh in denouncing the mayoral administration. The mayor has reacted to the criticism by accusing Globo of wanting advertising funds from the City Hall. In April 2019, during a press conference, Crivella refused to answer a TV Globo reporter and pushed her, accusing her of “campaigning against Rio”.

A story which aired on Globo’s nightly news program on August 31 reported that City workers were stationed in front of city public hospitals to disrupt reports complaining about the public health situation. In scenes recorded by the news crews themselves, these employees disrupted filming and threatened hospital patients against criticizing the Mayor’s Office. In addition, journalists were cursed with shouts of “Globo trash”, “fake news” and “É Bolsonaro”.

In an exclusive report, the journalists found that these public servants are coordinated by three groups on WhatsApp – one of them called “Crivella’s Guardians”. It is through these groups that they learn where they are going – in pairs or alone – to fulfill their “work” day by preventing the actions of the press. In this way, the intimidators obey a rigid schedule, with digital time cards. When they arrive at the health posts early in the morning, they have to register their presence by sending a selfie to the WhatsApp group at the hospital door. According to the report, some of these employees earn higher wages than nurses hired for the Covid-19 pandemic field hospitals in Rio

The report reveals that messages were discovered in one of the WhatsApp groups with a cell phone number registered as belonging to the mayor himself, Marcelo Crivella. According to the reporters, Crivella himself allegedly accompanies the harassers’ reports and comments things like, “Congratulations! That’s right!”. The bullying scheme appears to have have started in late 2019, but was greatly expanded during the Covid-19 pandemic. As of September 1, the municipality of Rio de Janeiro has had over nine thousand deaths from Covid-19.

The day after the scandal was reported, the Public Prosecutor’s Office in Rio opened an investigation into possible crimes committed by the city workers and the mayor himself. In addition, Rio‘s Civil Police launched Operation Freedom, and issued search and seizure warrants against the workers shown in the story.

Crivella responded to the accusations that he set up a political militia to curb journalistic practices by accusing TV Globo of “handling news at the door of hospitals”. These attacks also have, as a backdrop, the upcoming November  mayoral elections. Despite the low popularity, Crivella is running for re-election. In this mission, Crivella has the support of another politician who is not very fond of the press, President Jair Bolsonaro. He wants to take advantage of his alliance with Bolsonaro to strengthen himself among Rio’s notoriously conservative electorate and, like the President, Crivella seems to have no qualms in using the public machine to preserve his image, even if it means the use of violence.

* Luiz Matheus is the psuedonym used by a professional journalist from Rio de Janeiro, who out of fear of repercussion asked us not to use his real name on the byline of this article, which was written exclusively for Brasil Wire.