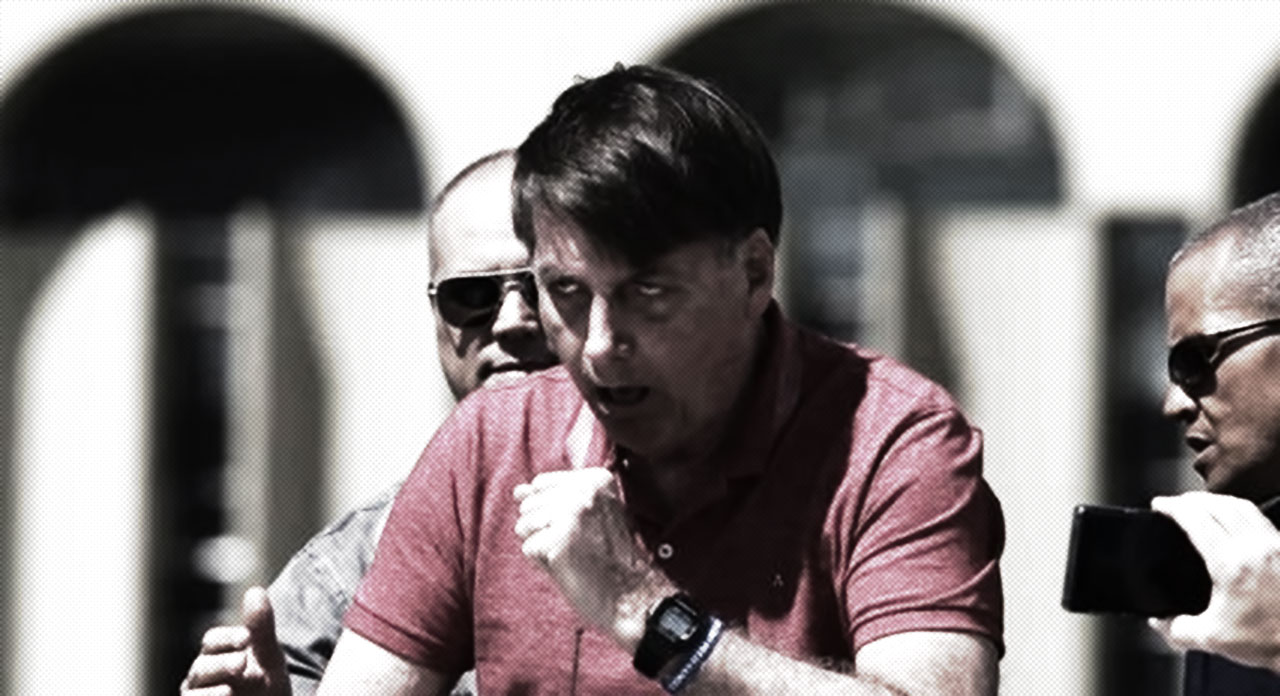 To hundreds of supporters who waited for him in front of the army headquarters in Brasilia, holding signs calling for shutting down Congress and the Supreme Court, a tired and weak looking President Jair Bolsonaro asks people to “give their lives for the fatherland”.

In what is now a regular occurrence, President Jair Bolsonaro left self-isolation this weekend, mingled in crowds and participated in small protests in the greater Brasilia area, disobeying recommendations by the WHO on how to avoid Covid-19 transmission. On Sunday afternoon (April 19) he gave a speech to a group of supporters in front of the Army Headquarters. Among the signs waved there were some which called for military intervention and a new Institutional Act-5, the 1968 coup within a coup which shut down Congress, banned political parties and suspended the right to habeas corpus.

From the top of a sound truck, Bolsonaro gave a speech tailored for his supporters, which was frequently interrupted by a strong cough:

“You are here because you believe in Brazil,” he said, “We don’t want to negotiate anything. What we want is action for Brazil. The old things will be left behind. We have a new Brazil awaiting. Everyone, with no exceptions in Brazil, has to be a patriot and believe in doing their part to lift Brazil to a place of leadership. It’s over. The age of trickery is over. Now it is the people who have the power.”

He went on to challenge the audience, “More than a right, you have the duty to fight for your country. Tell your president to do whatever is necessary so that we can maintain our democracy and guarantee what is most sacred to us- freedom. Everyone in Brazil has to understand that they are submissive to the will of the Brazilian people I’m sure all of us will swear to give our lives to our country one day and we will do everything possible to change Brazil’s destiny.  There will be no more old-fashioned politics. Now it is Brazil above all and God above all.”

This article originally appeared in Rede Brasil Atual, was translated by Brian Mier, and can be seen in its original Portuguese here.