Over the past three years the Lava Jato investigation has come under sharp criticism for its apparent refusal to prosecute any politician from the conservative PSDB party, despite mountains of material evidence showing tens of millions of dollars in bribes, while ex-President Lula languishes in solitary confinement for the crime of “undetermined acts” with no evidence beyond a single plea bargain testimony. The fact that lead Lava Jato prosecutor and judge Sergio Moro’s wife used to work as a legal adviser for the Paraná Governor’s Office during a PSDB administration has added to the suspicion that there is conflict of interest.

Yesterday ex-President Lula’s defense team filed a motion for recusation against Sergio Moro because of his participation in an event sponsored by the LIDE company, which is owned by the PSDB’s pre-candidate for Governor of São Paulo João Doria Jr. Doria is already using photos and videos with Moro in them for his own publicity. The lawyers also questioned the fact that the event, in New York, was supported by Petrobras, a company which has been accused of crimes in cases judged by Moro. They asked for clarification about remuneration and the costs of featuring Moro as a speaker at the event. 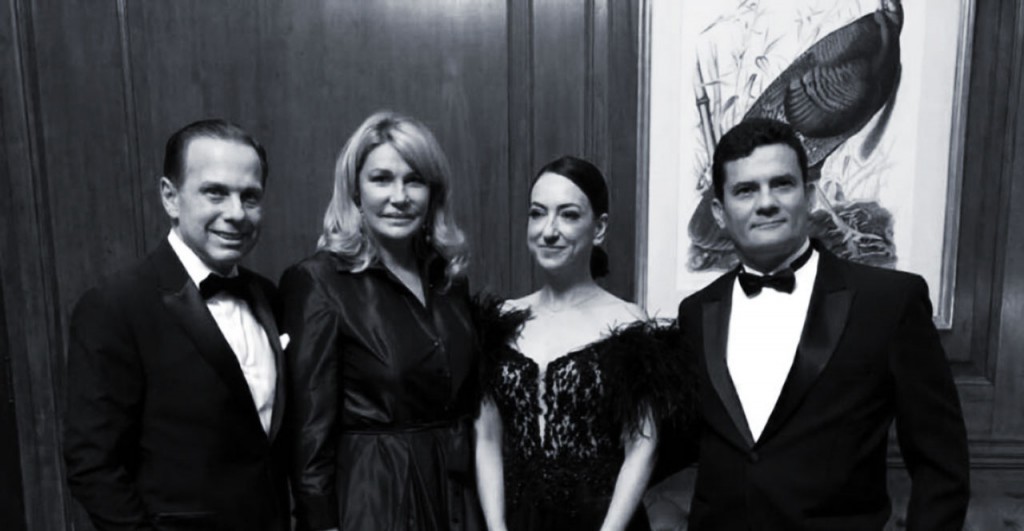 As ethical questions about Sergio Moro and his prosecution team mount, a group of opposition senators presented three requests, on May 17th, for explanation of the relationship between the Brazilian judiciary and the United States government. The documents request a public hearing with Justice Minister Torquato Jardim and Judge/Prosecutor Sergio Moro. The senators are asking the authorities to explain the cooperation between Brazil and the United States in criminal cases.  The Central Brazilian Authority of the Justice Ministry is responsible for coordinating all solicitations for bilateral cooperation, but there is suspicion that these rules were violated by the Lava Jato team. The suspician that the Lava Jato investigation was built on illegal collaboration with the US government was first raised after US Assistant Attorney General Kenneth Blanco gave a speech at the Atlantic Council last year in which he praised the direct, informal communications between the US DOJ and Sergio Moro’s prosecution/judiciary team, which enabled them to act more quickly by bypassing bureaucratic protocols for interaction between the two countries, which is a crime in Brazil. As a result, in March, 2018, Lula’s defence team filed for a motion of reversal, which is currently being stalled in the court system, probably until after after the 2018 elections