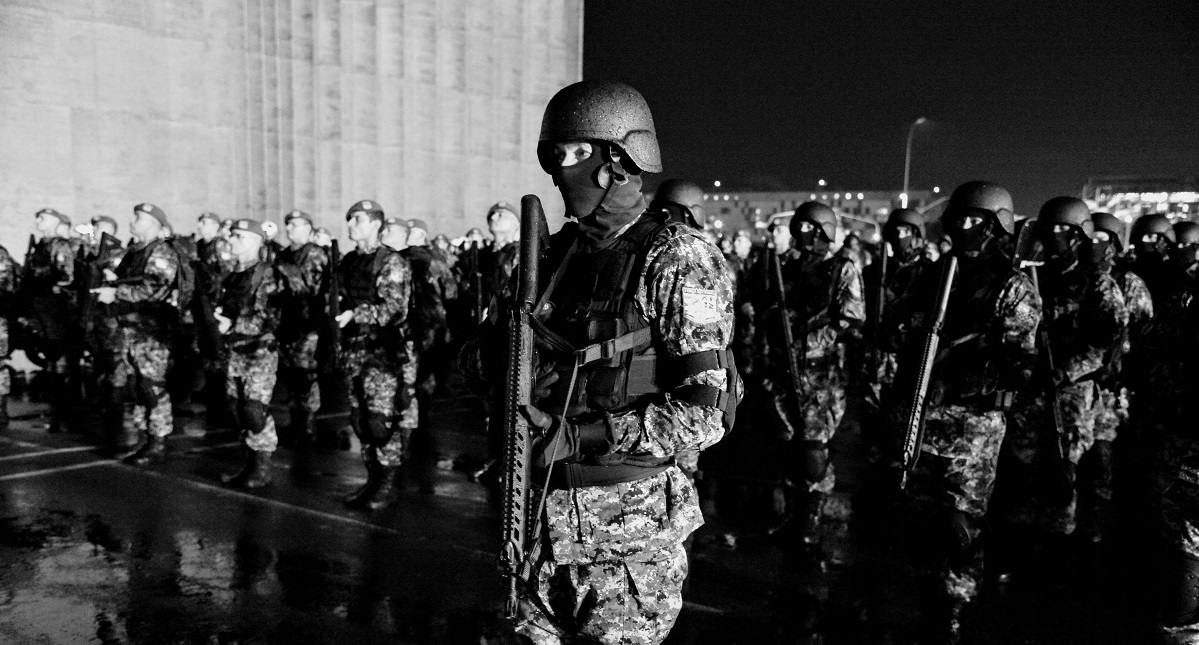 Brazilian Justice Minister Sergio Moro issued an order on April 17 for National Security Forces to patrol the federal ministries parkway and the capital square in Brasilia for a period of 33 days. The measure, announced in the government’s Official Gazette, was made shortly after indigenous groups scheduled a march in the capital to protest against right wing extremist President Jair Bolsonaro’s plans to open their lands to mining and logging companies.

The action was requested by the Brazilin Office of Institutional Security (GSI), under the command of General Augusto Heleno. According to Heleno, who was a Major during the military dictatorship, the initiative is being made “discourage violent acts.” Historically, the presence of military troops in the streets was common during the military dictatorship, which prohibited opposition, to deter protests.

Indigenous groups are scheduled to march in the national capital between April 24-26, to protest the Bolsonaro government’s dismantling of the Federal Ministry of Indian Affairs (FUNAI) and reversal of policies that were established to benefit indigenous peoples.

Union workers have also announced a protest on May 1st, a day in which the National Security Forces will still be in the capital, against the privatization of the national retirement system and in defense of the right to retire.

The PSOL Party has already submitted a proposal for a Legislative Decree calling for the suspension of Sergio Moro’s Ordinance 441. “The ordinance does not present any justification for the actions. For Psol, Moro’s ordinance is a clear attempt to curtail the freedom of assembly and therefore constitutes a serious attack on democracy,” the party said in a statement.

Luis Henrique Fontana, a PT party state congressman from Rio Grande do Sul, said that the attitude of the government is very troubling. “What is Sergio Moro’s justification to authorize the use of the National Security Forces during all protests on the national ministries parkway for the next 33 days? Is he afraid of the demonstrations against pension reforms? We are living in a state of exception in Brazil and this is unacceptable”.

This article orignally ran in Rede Brasil Atual, was translated and edited by Brian Mier, and can be seen in its orginal format here.