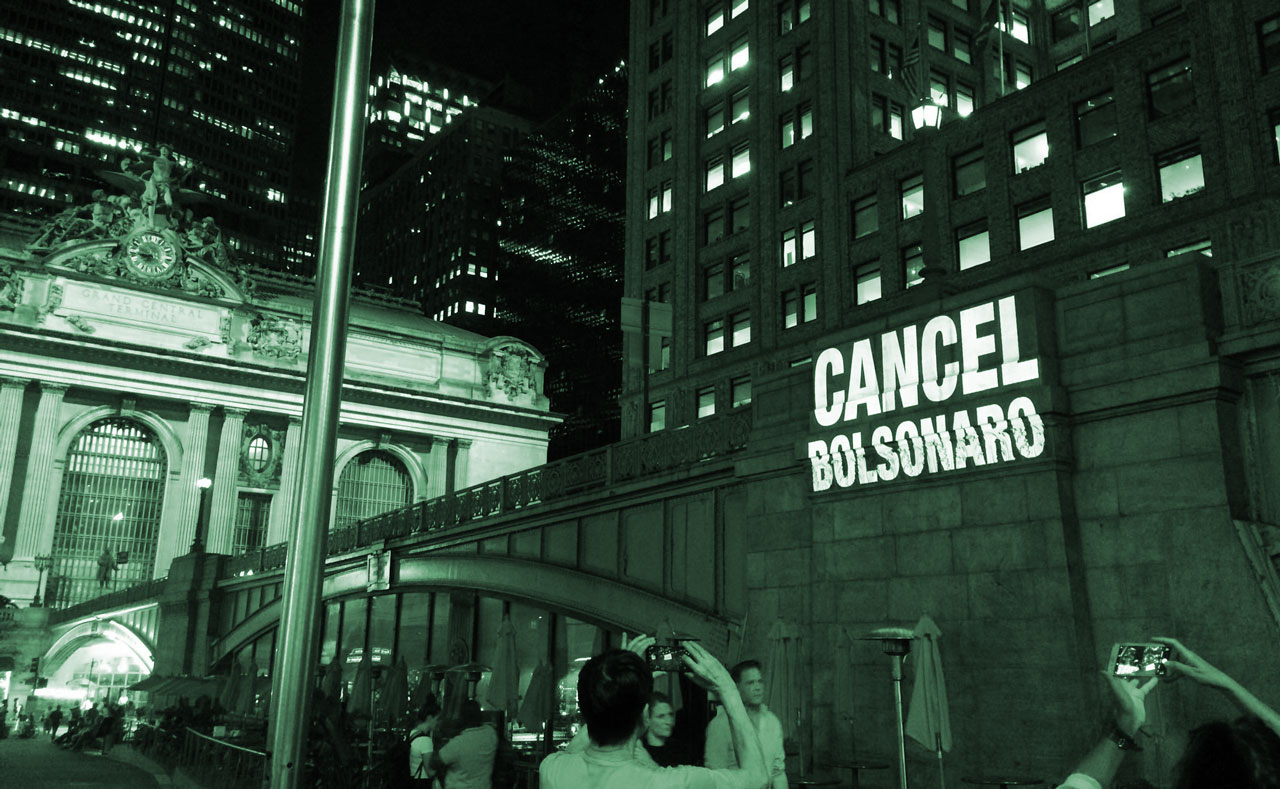 Brazil’s far-right President was welcomed in New York on the eve of the opening of the UN General Assembly with demonstrations against his role in the burning of the Amazon rainforest.

Monday 23 September 2019: President Jair Bolsonaro has already arrived in New York City (USA) to open work at the UN General Assembly General Discussion and was met with protests. The President’s trip to the UN had been in doubt, due to the volume of criticism Bolsonaro has received abroad over his environmental policy, which has been blamed for accelerating devastation of the Amazon rainforest.

Since becoming a global pariah over the Amazon and Brazil’s degenerating Human Rights situation, Bolsonaro has not had to face a hostile public outside the bubble of Brasília.

The President’s fears about visiting New York were apparently justified. As soon as he arrived at the InterContinental The Barclay Hotel, one of New York’s most luxurious, Bolsonaro faced a group of protesters who had gathered near the main entrance of the building, shouting, “Amazon yes, Bolsonaro no,” as he hurried into the reception.

Later, the Defend Democracy in Brazil collective projected slogans onto the facade of Bolsonaro’s hotel such as like “The Amazon is burning”, “Bolsonaro speaks tomorrow” and “Cancel Bolsonaro”, and “Free Lula” were projected for passers-by onto the hotel where the former reserve Army captain prepared for his speech at the opening of the UN General Assembly.

Larger demonstrations against President Bolsonaro have been organised for Tuesday 24 ahead of his planned UNGA address.

11 Questions Congress is asking the DOJ about Lava Jato

Bolivian presidential frontrunner attacks Bolsonaro for interference in his country