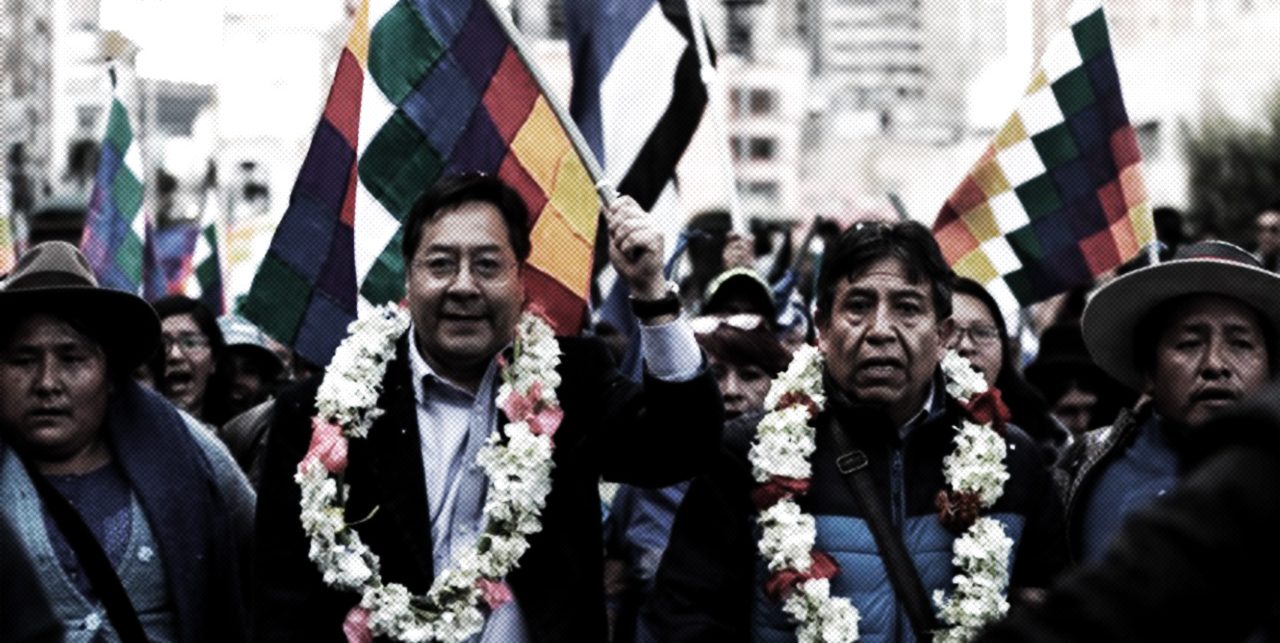 Bolivian presidential frontrunner attacks Bolsonaro for interference in his country

“President Jair Bolsonaro must give an explanation to Bolivians for the actions of interference in the sovereignty of the country, anti-democratic and non-diplomatic, of their embassy in Bolivia.” – Luis Arce, MAS-IPSP candidate for Bolivian Presidency in the October 18 2020 election.

The frontrunner in Bolivia’s presidential election has attacked Brazilian president Jair Bolsonaro for what he called interference in Bolivian sovereignty. In an interview with TeleSUR, Luis “Lucho” Arce said that the Brazilian far-right President owed Bolivians an explanation for what he called “anti-democratic and non-diplomatic activities” of its embassy in La Paz.

Bolivia’s election, to be held on October 18, is the first since a US-backed coup one year prior overturned the victory of incumbent Evo Morales, and brought an unelected far-right regime to power with the support of the military, amid violence and widespread repression.

The 2019 result was disputed on false allegations of electoral fraud promoted by the Organisation of American States, which were later debunked, further damaging the reputation of the US-led OAS.

Both the United States and Brazil were quick to recognise the post-coup government led by Jeanine Áñez.

Though coup supporting factions have since mobilised in an attempt to give themselves a democratic sheen through a legitimate-looking election, Arce, Morales’ successor, is in contention for a first round victory. According to polls, Arce leads nearest competitor, neoliberal ex-President Carlos Mesa, by almost ten points.

Luis Arce’s rebuke of Bolsonaro reopens the box on earlier allegations of a Brazilian role in Bolivia’s 2019 coup against Evo Morales. During that time the Bolivian presidential plane was used for frequent trips to Brazil. It is also no secret that the Bolsonaro government was one of the first to applaud the coup.

Another key factor is that one of the foremost opponents of Evo Morales, Branko Marinković, lived in Brazil for approximately 10 years, and in that time made “powerful friendships” including Jair Bolsonaro’s son, Eduardo.

The Croatian-Bolivian agro-entrepreneur has an interesting life story, The Marinković family, which originated from the island of Brač, immigrated to the eastern Bolivian province of Santa Cruz in the mid-1950s. Thanks to a successful agricultural business, among other things, the family has become one of the richest and most influential families in Bolivia.

The Marinković family owns almost 40 million acres of land and has a share in an extremely significant local bank, the Banco Economico. Branko is known as the Soya king, and through the years has been a fierce opponent of nationalization policies, and the political stance of Morales’s government towards the distribution of lands. “Land reform could lead to civil war”, Marinković has warned.

In December 2018, following Bolsonaro’s election, far right leaders from the hemisphere met in Foz do Iguaçu for the Conservative Summit of the Americas. Marinković was one of the main speakers, and was praised by the organizer and host, Eduardo Bolsonaro. He was presented to the public as: “The greatest enemy of Evo Morales”.

in August 2020 Jeanine Áñez nominated Branko Marinković as Minister of Planning. However, on September 28, Bolivia’s ministers of economy, labour and productive development left their posts after disagreements between the minister of the economy and the government. On the same day Áñez quickly appointed replacements, and Branko Marinkovic was chosen to take over the Economy ministry. His predecessor Óscar Ortiz left complaining that he had not resigned.

Just 9 days before an election that his government had little or no chance of legitimately winning, Marinković went to the International Monetary Fund for a $330 million dollar loan.

Marinković’s friend and ally Eduardo Bolsonaro had posted various messages of support for the Bolivian coup on social media.

On November 13 2019 Bolsonaro wrote: “It is not like the election in Bolivia was rigged, it was VERY rigged. The OAS did not recognize it, Brazil supported the OAS. Evo ran away. But the leftists say it was a coup.

Thanks to the people on the streets, Bolivia escaped from following in the footsteps of Chávez’s Venezuela. Long live democracy and freedom!”

Eduardo Bolsonaro continued to celebrate the overthrow of Evo Morales, and the wider far right shift in the region: “Bolivia is revolted with Evo’s misdemeanors, who could not even legally be a candidate for a 4th term. Uruguay is ending 15 years of the left in the presidency. Trump with good number of jobs in the USA. Brazil is steady and strong with Bolsonaro.”

In the TeleSUR interview with Luis Arce, Fred Morales asked his opinion about Brazilian participatation in the coup.

Luis Arce responded: “In virtue of what has been revealed, what Juan Carlos Nuñez revealed and also in an article from a Bolivian journalist, showing that in those meetings where they designated Jeanine Àñez to be the president, the Brazilian ambassador to our country was present, therefore Mr Bolsonaro owes us an explanation.”

Arce was referring to a recent radio interview, where Juan Carlos Núnez of the Catholic think tank, Fundacíon Jubileu, confirmed something that was already being said – even by Evo Morales himself; that Brazil’s ambassador, Octávio Henrique Côrtes, participated in meetings at the Catholic University where the sectors which conspired against the Morales’ government decided to place Jeanine Áñez as transitional president.

When challenged about the Brazilian ambassador’s participation in the meetings, and the betrayal of sovereignty such involvement would represent, Núnez shied away from his earlier remarks, saying that the meetings were just a “space for exchanging opinions”.

Brazil’s role in Bolivia’s coup draws comparison with the part its neofascist dictatorship played in fomenting coups and crushing left wing opposition in South America during the 1970s – the times of Operation Condor – which then, like now, was carried out in collusion with the United States.