In a letter addressed to Brazilian Ambassador Sergio Silva do Amaral dated July 26th, a group of 29 US lawmakers, including Bernie Sanders and Congressional Black Caucus members Bobby Rush, Keith Ellison and Maxine Waters, demand that the Brazilian Government release the political prisoner Luiz Inacio Lula da Silva, who has been held in solitary confinement for 111 days based on charges that he committed indeterminate acts with no material evidence shown against him.  “The facts of Lula’s case lead us to believe that the main objective of his jailing is to prevent him from running in upcoming elections,” the letter says.  The lawmakers also demand justice for slain, socialist Rio City Councilwoman Marielle Franco and oppose “the intensifying assault on democracy and human rights in Brazil”. Read the letter in its entirety below. 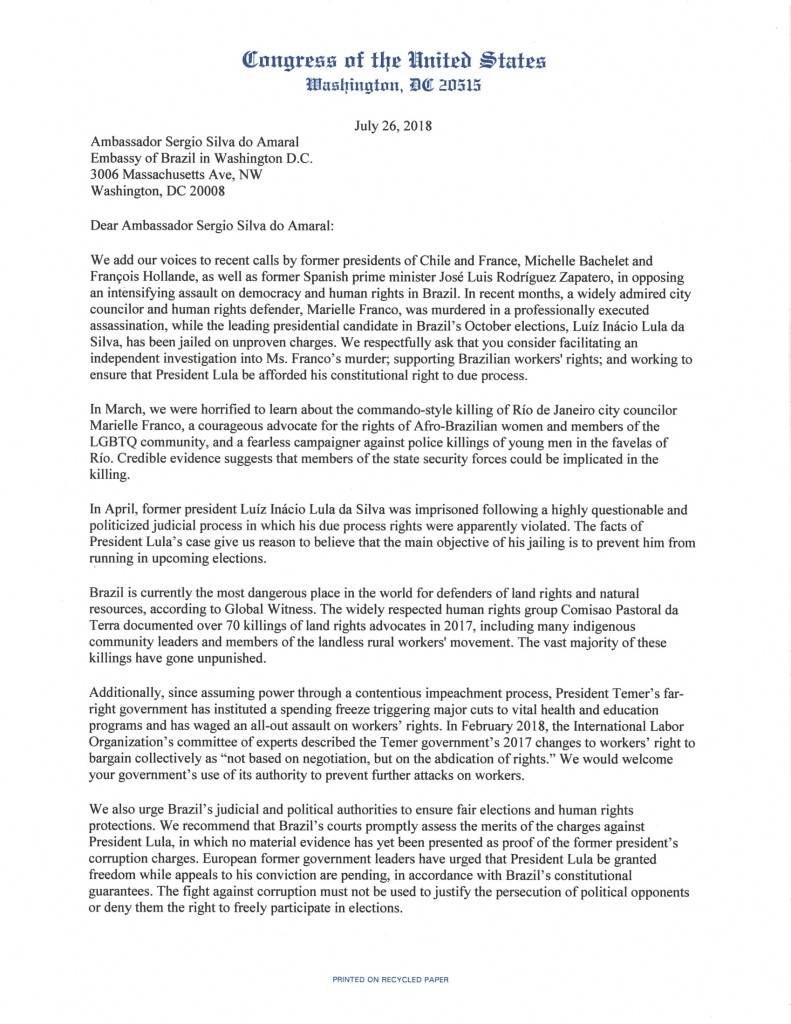 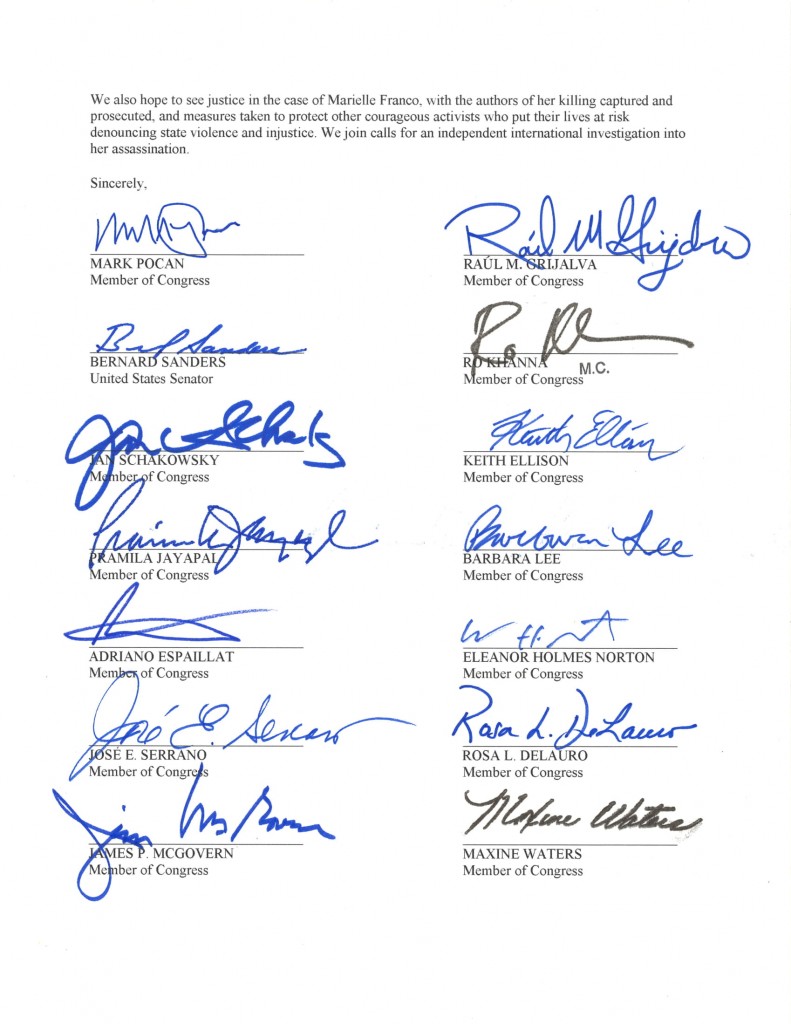 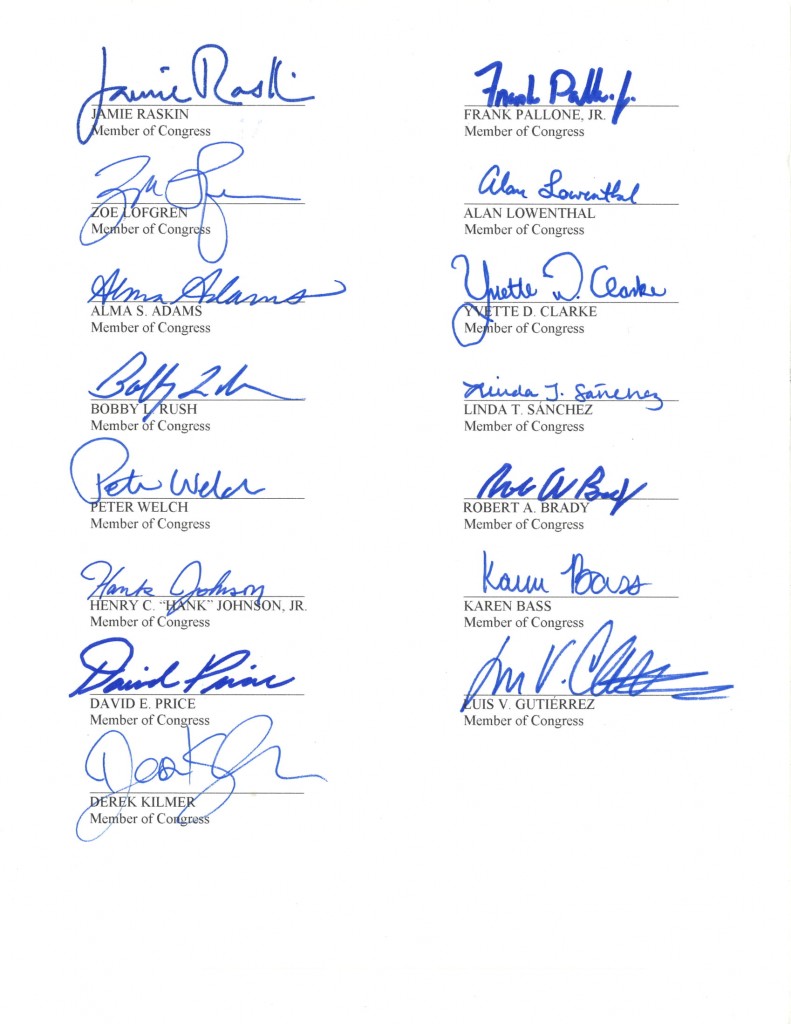