For the second time in two weeks, hundreds of thousands of Brazilians took to the streets to protest Post-Coup President Michel Temer’s neoliberal retirement reforms. Yesterday’s event (March 31) was billed by CUT labor union federation leadership as the second warm up for  for a general strike which will take place on April 28.  Although the protest in Belo Horizonte drew an estimated crowd of 100,000 and an estimated 70,000 occupied São Paulo’s most important business street, Avenida Paulista during rush hour, the real story of this round of protests was the protests in hundreds of smaller Brazilian towns and cities that saw crowds in the thousands. Anti-retirement reform protestors marched in 20 cities in the state of São Paulo alone. 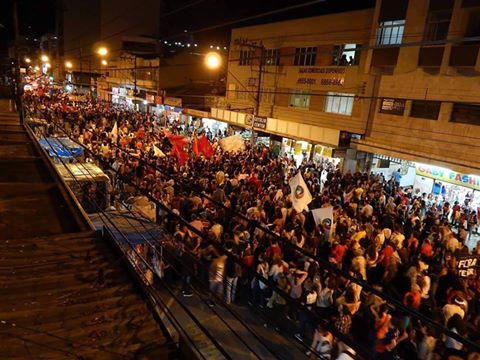 In Juiz de Fora, a mid sized city in Minas Gerais state with a population of around half a million, an estimated 20,000 protestors paralysed downtown traffic during rush hour.  Sizeable protests took place from Rio Branco, Acre, down to Rio Grande do Sul, with large crowds seen in Belém, Recife, Salvador and Porto Alegre.  In Rio de Janeiro, as 15,000 people gathered on Rio Branco Avenue documented in this video by Douglas Engle, a parallel group of protesters coordinated by the Levante Juventude social movement  occupied the headquarters of Brazil’s largest TV network, Rede Globo, loudly blaming them for the Coups of 1964 and 2016. 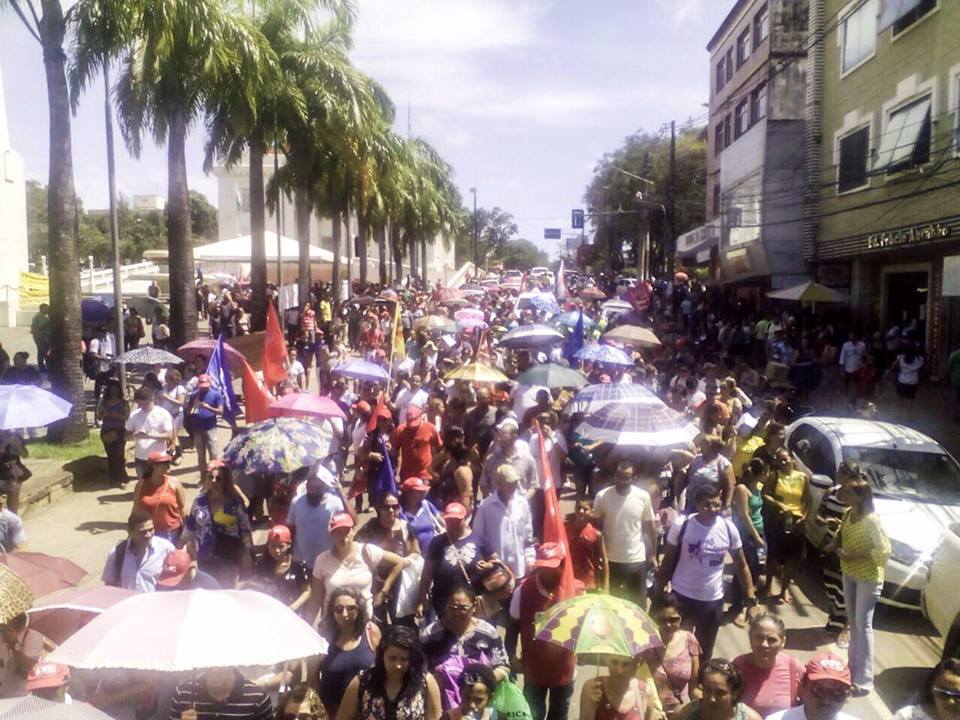 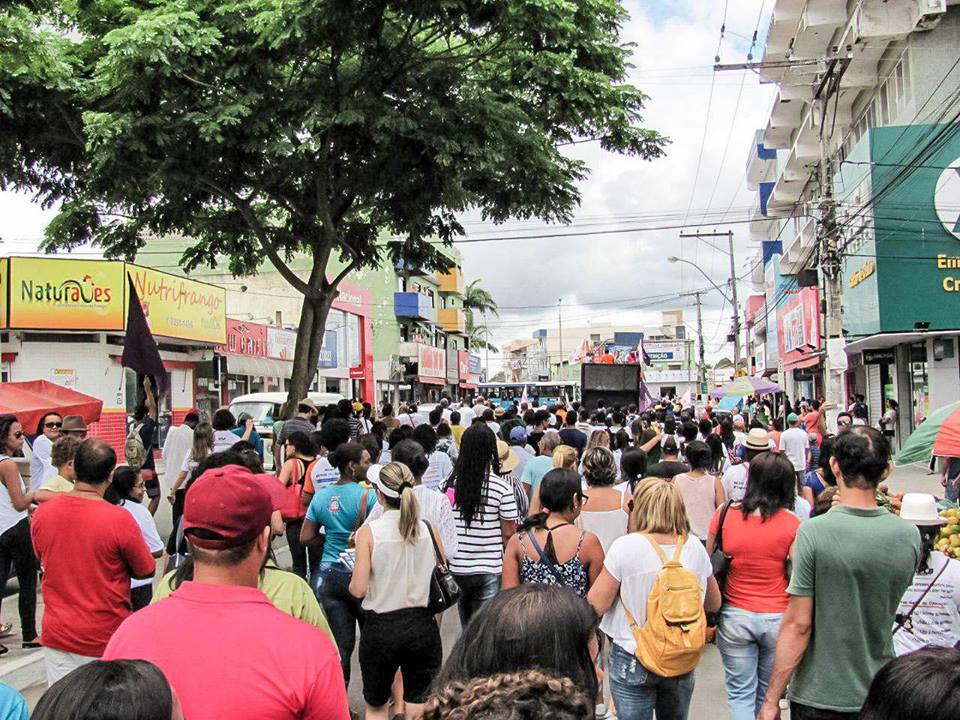 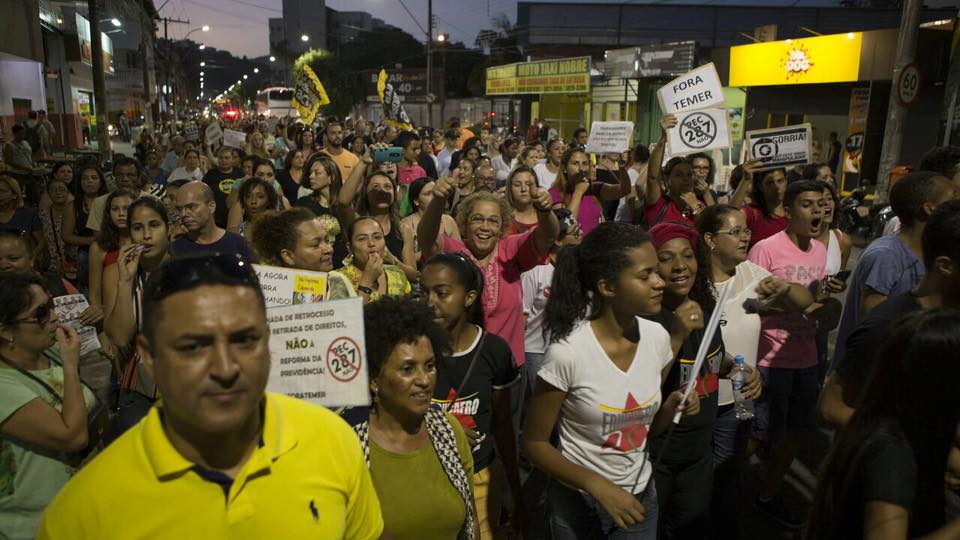 The retirement reforms, which will push the age of retirement up from its current 65 for men and 60 for women, to as high as 74 depending on years worked, which is higher than life expectancy in many Brazilian states. According to CUT São Paulo president Douglas Izzo, street protests are just one of a series of tactics being used to reverse the retirement reforms. We are holding public hearings in city councils across the country, we are putting pressure on congressmen and mobilsing workers so that April 28 will be a day to remember.”