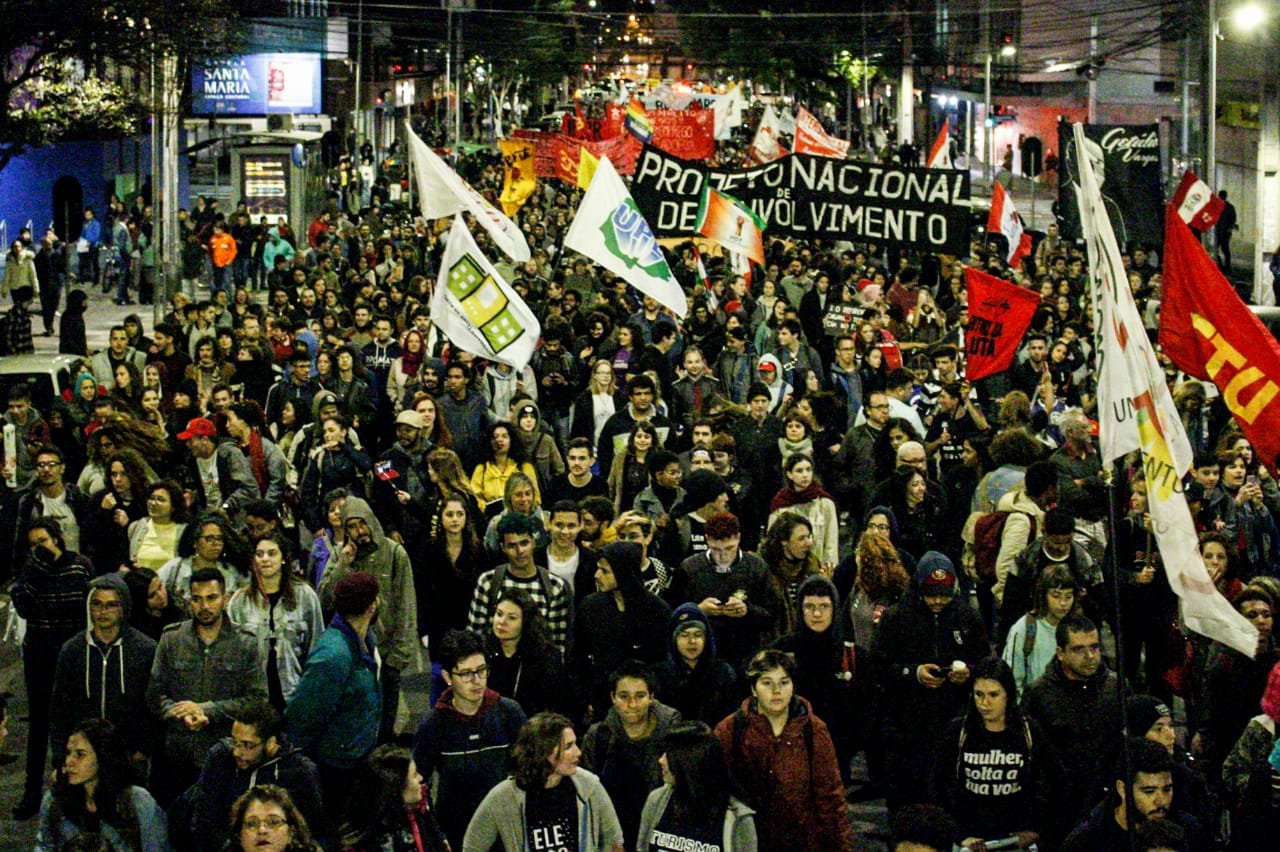 2019 was a year of vicious attacks and great resistance but we finished it on our feet. It is up to us to gather our strength, intensify our base level organizing work and strengthen the resistance in 2020.

When I look back at where we were December 2018, I think we reached the end of 2019 better than we thought we would. Although we suffered losses, we had some important victories. Last year’s Christmas season was marked by tension in families that were divided over the elections. Leftist activists were preparing for a scenario of increased arbitrary arrests and the continence of Lula’s political imprisonment. We thought we were facing a year with no mobilization and much greater criminalization and isolation of the left in the face of a government composed by by neofascists.

The fact is that we had a year in which the government showed efficiency in implementing its neoliberal economic program, which is unanimously supported by the ruling classes, as exemplified by the approval of the pension reforms. The increase in years of contribution and the minimum retirement age, as well as the end of age-based retirement will be disastrous for the the poor, who in addition to having to work a lot will now be forced to retire without receiving their full benefits. Another dramatic issue is the advance of privatizations and the surrender of our sovereignty. There were also new labor reforms, coupled with high unemployment rates and a brutal expansion of the informal sector.

On the other hand, the massive attacks against Brazilian public universities generated a wave of opposition against the government’s education cuts. This important national mobilization represented a breath of fresh are during the first half of the year. It successfully broadened dialogue between the left and Brazilian society – a fundamental task in a period in which we are on the defensive. Furthermore, after millions of people took to the streets, the Education Minister was forced to return all of the money that he had cut from the system and the public universities blocked his “Future-Se” program, representing a defeat for the federal government.

Another important element to consider is the rapid drop in the Bolsonaro government’s approval ratings. Frustration with the government steadily increased due to the deterioration in quality of life for the poor and working class, political scandals and environmental disasters. It was a year in of devastating fires in the Amazon which were so large that smoke covered the sky in São Paulo, which provoked negative reactions around the World, and a massive oil spill on the northeastern coast. Furthermore new scandals surfaced in 2019 connecting the Bolsonaro family to the assassination of Marielle Franco, and when Eduardo Bolsonaro threatened a new Institutional Act 5, there was a large negative reaction from democratic sectors of society.

Finally, we arrive at the end of 2019 with Lula free, which represents a victory for the working class and enables the left to fulfill two important tasks for the next period: the increase of dialogue with the working class as a whole and uniting for the economic and political battles that lie ahead. It is a time for rest, for spending the Christmas holidays with friends and family and for celebrating the New Year with a flame of hope. It was a year of vicious attacks and great resistance but we finished it on our feet. It is up to us to gather our strength, intensify our base level organizing work and strengthen the resistance in 2020.

Jessy Dayane is an activist from Sergipe and a member of the national leadership of the Levante Popular de Juventude (People’s Youth Uprising) social movement. She is former Vice President of UNE (União Nacional de Estudantes/National Students Union) and is currently in law school in São Paulo.

This article originally appeared in Brasil de Fato, was translated by Brian Mier and can be seen in its original portuguese here.