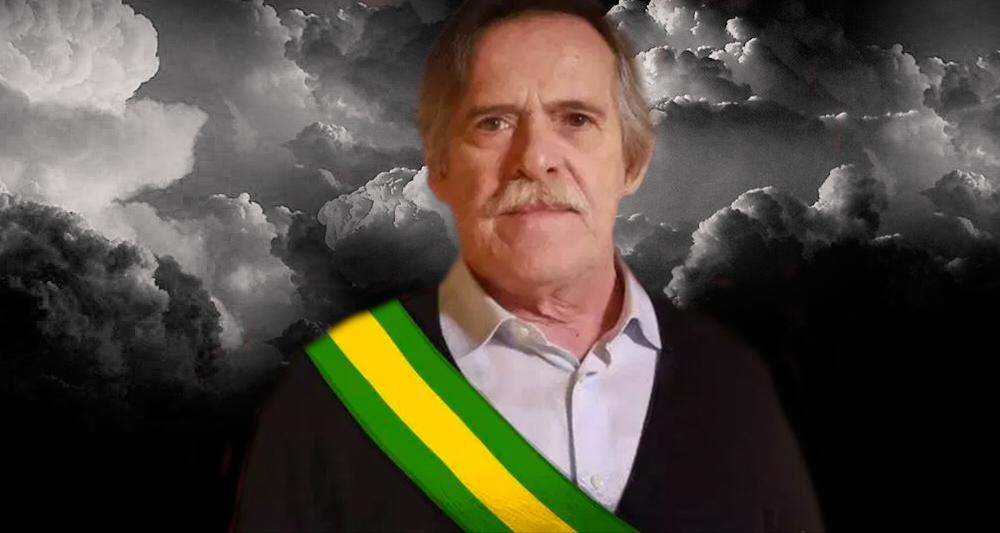 On February 25, veteran Brazilian character actor José de Abreu announced on Twitter that he was thinking of taking Juan Guaidó’s lead and declaring himself President of Brazil. Minutes later, in the midst of an avalanche of support which transformed him into the most popular topic on Brazilian Twitter, the actor made the announcement. With a quickly photoshoped self portrait in a presidential sash, he said, “I hereby declare myself President of Brazil. Let’s give the same level of respect to my presidency as they are giving to the Venezuelan, why not?”

Within minutes, someone went onto the Wikipedia page for Brazil and changed the line for President from Jair Bolsonaro to “disputed”. 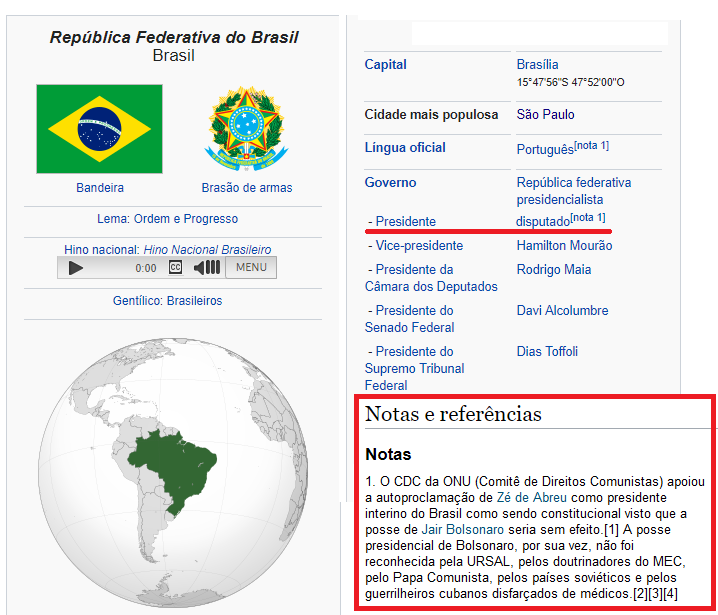 His next tweet was, “As self-proclaimed President of Brazil, I demand that Lula is released to assume to position of Minister of the Just”.

On February 28, Juan Guaidó arrived in Brasilia to meet with Bolsonaro in a PR event that 247 news was quick to label, “The encounter of the fakes”. Abreu immediately challenged Guaidó to a debate.

In an interview with Carta Capital, he called Bolsonaro an illiterate and said, “The fact that ex-Judge Sérgio Moro accepted the Minister of Justice position in exchange for removing Lula from the presidential race is unacceptable. There is no legitimacy for a government that removed a candidate without evidence. Lula can save the national economy with his political sensibility.”

When asked if his government would support the new pension reforms, he said, “First we have to verify if there is even really a deficit in order to discuss the theme properly. If there really is a deficit, I will eliminate it without penalizing the Brazilian people, using the royalties from Petroleum and creating a law to tax large fortunes, like they do in France. The government needs to tax its richest citizens. There are thousands of things that can be done to fix this deficit without forcing the bill on the poor.”

Although it began as a social media joke, Abreu’s proclamation touched a nerve with the 61% of the Brazilian population who are not satisfied with the way that Jair Bolsonaro is doing his job – a recent poll shows him as having the least popular start of a Brazilian presidency in the 21st Century. As his coalition crumbles due to multiple corruption scandals and ideological differences between the generals in his cabinet and his mediocre, right-wing extremist ideologues, the government has gridlocked on key issues like support for Trump’s Venezuelan coup and pension reform.

Dissatisfaction with Bolsonaro and a sense that he is taking orders from the Generals is growing both in the media and on the streets. As Carnaval begins in São Paulo, the Baixo Augusta street bloco, which is expected to draw a crowd of hundreds of thousands, has announced that this year’s theme will be, “Hey, Bolsonaro, take it in the ass!”

Abreu, who is now giving interviews to Brazilian and foreign papers in character and imitating Lula’s voice, is expected to arrive in Brazil from Greece next week. Thousands of people are planning go to the airport to cheer the arrival of their new President.