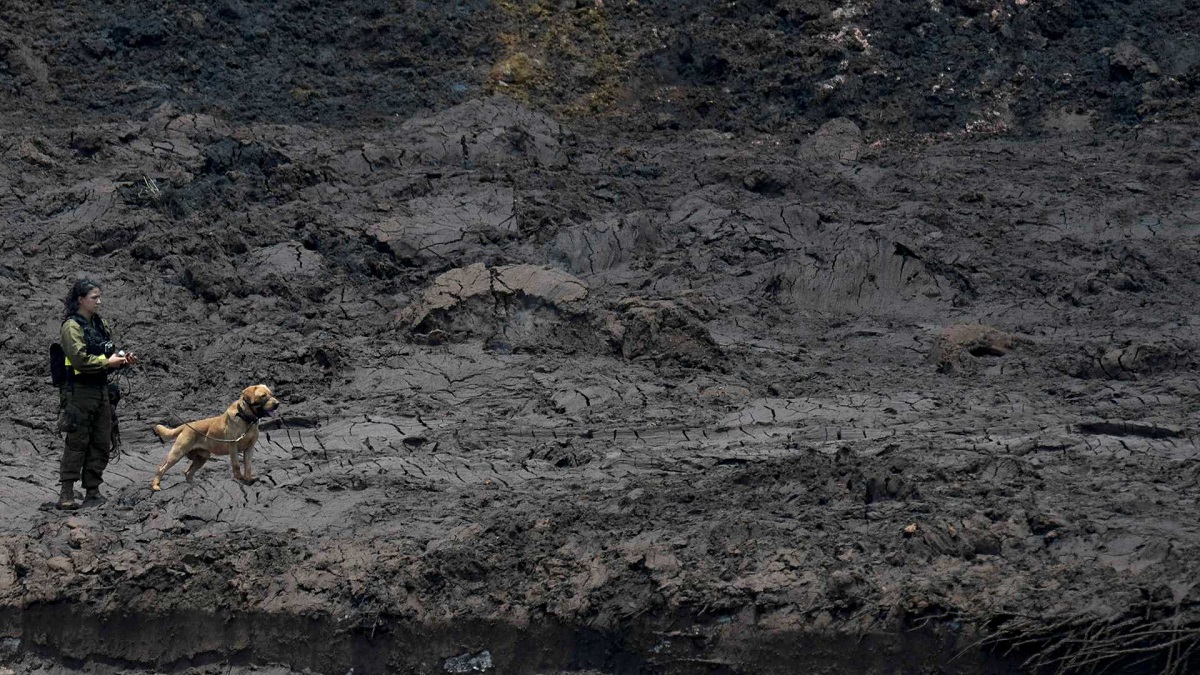 179 dead, 131 missing and a continually growing, 180 mile stretch of dead river, caused by criminal negligence of the Vale mining company. 45 other mining trailing dams are at risk of bursting.

By Lu Sudré, Brasil do Fato

One month ago on January 25th, the residents of the Brazilian town of Brumadinho, Minas Gerais, became victims of one of the biggest social and environmental disasters in the history of the planet. The collapse of a dam owned by Vale mining company in the Mina do Feijão district caused the death of at least 179 people, with 131 missing as of Monday, Feb. 25. Workers, mothers, fathers, sons, and daughters were buried under the avalanche of toxic mud – casualties of yet another crime caused by Brazil’s largest mining company.

Just like in the tragedy in Mariana three years ago, where residents were impacted by the bursting of a dam run by Samarco, a company co-owned by Vale, the lack of information, the sorrow, the grief, and the outrage became part of the everyday lives of Brumadinho locals, who have cried in so many quavering voices that Vale is responsible for the disaster. Now, more than 30 days after the crime, many families are still living in agony for not being able to give their loved ones a proper burial.

The sheer human and environmental scale of this tragedy foretold is the direct result of the predatory mining model Vale and other mining companies use to exploit Brazilian territory. Life is no longer possible in the Paraopeba River or on its banks, for a stretch of 180 miles that is still growing. Its once clean waters became a sea of toxic mud after Vale’s criminal irresponsibility resulted in the dam burst.

There are more than 700 “high-risk” dams in Brazil and the structure of other 45 are at risk for similar disasters. How many tragedies like the ones in Brumadinho and Mariana could be avoided? How long will people be victims of this mining model that favors profit over all other forms of life?

Vale dam breaks in the Mina do Feijão village of Brumadinho, spilling 3.5 billion fluid gallons of toxic residue down the Paraopeba River.

Rescue teams from other areas and national security forces join local firefighters to search for bodies and survivors.

Approximately 130 Israeli soldiers and reserve officers land in Brumadinho with sonars, drones, and dogs to join the rescue teams. They return to their country five days later, after rescuing 0 people, while the searches continued.

A report published in November 2017 by the Brazilian National Water Agency (ANA) resurfaces, showing Brazil has 723 “high-risk” dams and 45 dams with compromised structures.

The Movement of People Impacted by Dams (MAB) launches a fundraising campaign to strengthen the organization of locals impacted by the Brumadinho dam burst.

Families of missing persons report that Vale’s warning siren should have sounded when the dam broke, but it never went off. Residents complain about lack of information regarding the searches for bodies and survivors.

The Brazilian geology service (CPRM) estimates that the toxic mud could reach the São Francisco River Basin, one of the country’s most important waterways. Actions are taken to try to stop the flow.

Residents of the Parque da Cachoeira neighborhood, which was partly destroyed by the toxic mud, hold a meeting and organize to claim their rights and demand that Vale is held accountable for its actions.

A settlement of the Landless Workers’ Movement (MST) by the Paraopeba River feels the impacts of the dam burst, as its waters are contaminated by iron ore rejects.

Locals impacted by Vale block road to protest against miner Ferrous in Serra Azul, Minas Gerais, around 2 miles outside Brumadinho. The People’s Brazil Front reports that the company is expanding its operations in the area.

Residents of the city of Congonhas, Minas Gerais demand that the Casa da Pedra dam is decommissioned. The ANA classified the dam run by CSN Mining as level 6, the highest risk classification.

Seven days after the dam broke, protesters stage demonstrations all over the country in solidarity with the victims and relatives and demanding Vale is held accountable for the environmental crime.

Brumadinho residents and volunteers who were exposed to the toxic mud start to show symptoms of contamination, such as dermatitis, nausea, and vomiting.

The NGO SOS Mata Atlântica confirms the death of the ecosystem of the Paraopeba River as a result of the contamination from the mining waste. The toxic mud reached the waters of the Pará de Minas city, 25 miles from the collapsed dam.

Two weeks after the deadly dam burst in Brumadinho, two other cities in Minas Gerais state are partially evacuated as other Vale dams are at risk of collapsing.

The Ibama fines Vale R$100,000 (roughly US$25,000) a day for not having a plan to rescue wild and domestic animals, effective until the company takes the appropriate measures to tackle the issue.

A court publicizes the information that Vale knew about the risk of collapse since October 2018: a report produced by the company itself showed that the Mina do Feijão dam and other nine dams in Minas Gerais state were at risk, showing signs of imminent break.

Members of Congress file a request to create a committee to investigate the circumstances that led to the burst of the Vale dam in Brumadinho.

More than 200 people are evacuated from the Macacos district in Nova Lima, Minas Gerais, as another dam owned by Vale shows risk of bursting. Residents are taken to the city’s community center and complain that the removal was “chaotic.”

The MAB and locals report that they attended four meetings to try to negotiate with the miner, to no avail. Residents claim that the company is not taking the responsibility for the crime, while also creating an environment to break up the community and proposing insufficient emergency support plans.

A court orders that Vale should pay emergency compensation to all residents from Brumadinho and surrounding cities up to 1 kilometers (roughly 0.6 mile) from the banks of the Paraopeba River. Adults should receive a monthly payment of R$1,000 (US$260) and children and teenagers will get R$300 (US$80) a month for 12 months. Vale is removed from the process of registering families who will receive compensatory damages.

A month after the disaster, the death toll reaches 179, with 131 still missing.