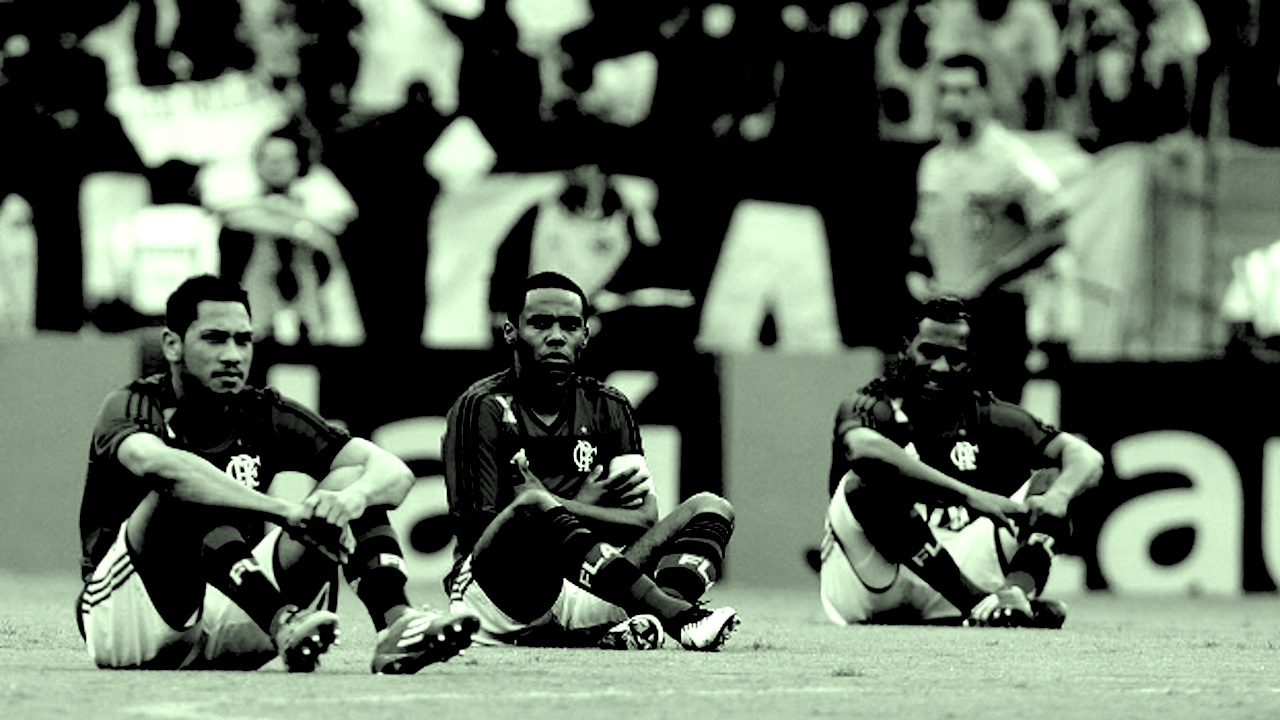 Bom Senso F.C. & a battle for the soul of Brazilian Football

In 1992, England’s biggest clubs broke away from the Football League to create their own top-flight division. These clubs realised that with their huge popularity and importance to their respective communities, they were the ones in control and no longer had to defer to a league that did not serve their interests. The result, the Premier League, is now the richest in world football. Of the sport’s ten wealthiest clubs, five are from England’s top flight.

For what seems like an eternity, Brazilian football has desperately needed its own Premier League moment. The country has a number of big clubs with massive fan bases (often counted in the tens of millions), yet they remain enslaved by national and state federations that hinder their growth.

A split almost happened in 1987, five years before the creation of the Premier League. With the Brazilian FA (CBF) essentially going bankrupt in 1986 and stating they would not be prepared to pay the running costs for a national championship the following year, Brazil’s biggest clubs got together to create the Clube dos 13 (the Club of 13, a group comprising 13 of the country’s largest clubs) and organised their own tournament, garnering lucrative sponsorship deals from TV giants Rede Globo and Coca-Cola.

The resulting Copa União (Union Cup) appeared to be a resounding success. Despite some obstacles with Fifa regulations, the tournament was very popular, attracting healthy crowds and audiences watching on television.

The following year, however, the Clube dos 13 backpedalled. Despite the success of the Copa União, the group’s president and president of São Paulo FC, Carlos Miguel Aidar (who returned to lead the club again last year), reconciled with CBF head honcho Nabi Abi Chedid and made a deal to abandon plans for second independent competition in 1988. From then on, the influence of the Clube dos 13 has diminished year on year, and the organisation is now little more than a branch of the CBF that debates the distribution of the league’s television revenue.

Fresh hope surged in 2013 with the creation of a player-run movement called Bom Senso FC (Common Sense FC), who campaign for improved conditions for players and clubs in Brazilian football as well as the introduction of Financial Fair Play. Throughout 2013’s wave of mass public protests organised throughout the country against rising public transport costs, Bom Senso held their own on-pitch demonstrations. The group has recently been dealt some good news, as the federal government has invited the group to be an official interlocutor in discussions about the refinancing of Brazilian clubs’ excessive debts.

However, while the rise of Bom Senso is thoroughly positive for the sport in Brazil, without the complete backing of the country’s big clubs, the comprehensive change Brazilian football needs is unlikely ever to happen.

The clubs, as in 1987 with the Copa União and in 1992 with the Premier League, must take the initiative. Conveniently, this may be happening as we speak in Rio de Janeiro, with a recent dispute between the state’s football federation and two of their biggest clubs.

The Rio de Janeiro State Football Federation (Ferj) has angered club directors at Flamengo and Fluminense with their new regulations for this year’s Rio de Janeiro state championship – an annually-held tournament between Rio clubs, once important but now largely irrelevant. The rule that has caused the most consternation is Ferj’s decision to stipulate strict pricing structures for tickets to state championship matches.

The idea was to fix the prices to a minimum of R$ 5 (approximately £1.20) and a maximum of R$ 50 (£12) throughout the tournament, with the former price applying to matches between small clubs and the latter for the most expensive ticket to a derby between any two of Rio de Janeiro’s four major sides.

The measure was supported by the presidents of Vasco da Gama, Botafogo and the state’s small clubs, but was vehemently rejected by Flamengo and Fluminense, along with Consórcio Maracanã, the private company that manages the newly-renovated Maracanã. Their justification was that the running costs of the state-of-the-art stadium would mean these cut-price tickets would cause both clubs to make consistent losses by hosting matches at the Maracanã.

High ticket prices are a serious problem in Brazilian football. When comparing the average cost to go to a match to the country’s average monthly income, a ticket to a Brazilian domestic match ranks among the most expensive in the world. However, Ferj’s move to reduce ticket prices looks less honourable when you explore the fine print.

Of all Brazilian state federations, Ferj takes the most money from their members on match-day. While they have forced affiliates to charge less for tickets, the federation itself has not reduced their own share of income from games.

In the first round of the Rio state championship last weekend, only three of the 16 participating clubs made any profit from their opening match, with seven making a loss. The eight matches generated on overall loss of R$ 56,700, while Ferj pocketed R$ 53,150 in profit.

Besides the direct hit to club coffers caused by Ferj’s discounted tickets scheme, it also indirectly harms the bigger clubs by undermining their member-supporter programmes, which have become important income sources for Brazilian clubs at a time sponsorship and investment are sparse. These programmes are similar to the season ticket schemes run by most European clubs, and while their formats vary from club to club, they generally consist of supporters paying a monthly subscription in return for guaranteed half-price (or free) match tickets.

Internacional’s scheme has the most members in Brazil, with almost 130,000 subscribers, while Palmeiras have seen a huge increase in their numbers, reaching 90,000 and doubling their membership since September 2014. If equated with season ticket programmes, the two clubs find themselves among the top ten in the world for season-ticket holders.

With ticket prices halved, neither Flamengo nor Fluminense would be able to afford to give any discount to their member-supporters. What’s more is at the same time as dictating these new ticket prices, Ferj have also announced plans to launch their own season-ticket scheme, directing even more money to the federation and away from the clubs.

Livid with these measures, Flamengo and Fluminense both released official statements calling for improvements to football in Rio de Janeiro and heavily criticising the state federation.

Fluminense referred to Ferj as being “dictatorial” and made several comparisons between the state federation and the military regime that governed Brazil from 1964-1985, suggesting Ferj were attempting to “instate AI-5 (a controversial decree of the military dictatorship which suspended citizens’ constitutional rights) in Rio de Janeiro” and quoting song lyrics from popular Brazilian singer Chico Buarque, originally written as veiled criticisms of the generals during times of censorship.

Consórcio Maracanã published their own statement, affirming that hosting “small matches with tiny potential to attract fans, such as most of the games in the Rio state championship” at the Maracanã would be unfeasible. Flamengo caused the most waves with their declaration, stating the two clubs would play the 2015 state championship under protest and, crucially, they would have no interest in competing in future competitions organised by Ferj and are planning to create a breakaway league.

Vasco da Gama’s controversial president Eurico Miranda, an ally of Ferj, dismissed Flamengo’s threat of a breakaway. “This is [Bandeira de Mello’s] problem. The idea of creating a new league (…) it’s a fairy tale. No-one plays by themselves.”

Miranda was elected last year for his second spell as Vasco president after six years away, and there are many who blame this dispute on Miranda’s return to Rio de Janeiro football politics. When he was president of Vasco at the turn of the millennium, he gained a reputation for being somewhat of a despot, accused of rigging club elections and marginalising his detractors within Vasco.

In the final of the 2001 Brazilian championship between Miranda’s club and São Caetano at Vasco’s oversold São Januário stadium, play had to be stopped when a fence collapsed and injured fans spilled onto the pitch. Miranda promptly marched down from his executive box and attempted to shoo paramedics off the pitch in order for the match to continue, shouting “I want these fucking ambulances out of here!”

Miranda was also notorious for dishing out stadium bans to any journalist he viewed as being biased against his club, and his return to Vasco coincided with another new Ferj regulation that stipulates a R$ 50,000 fine for any player, director or staff member that publicly criticises the Rio state championship.

On a popular roundtable Brazilian football programme, journalist José Trajano, one of the many who was barred from São Januário in Miranda’s pomp, joked that he was thankful the fine did not extend to members of the press. “If it did, then we’d be paying [Ferj] R$ 1m a month.”

With the influence that he holds in Rio de Janeiro, Eurico Miranda is widely regarded to be pulling Rubens Lopes’ strings and orchestrating this falling out with Flamengo and Fluminense. His quote ridiculing a breakaway league was said in a Ferj conference at which Lopes was not present. In his absence, Miranda delivered his speech from the president’s chair.

This saga took a sinister turn on the opening weekend of the Rio state championship, when some individuals appearing to be Flamengo supporters invaded the dressing room of their lowly opponents Macaé, an incident that culminated in the assault of home team goalkeeper Ricardo Berna. CCTV footage before the match shows that there were no security guards on hand to prevent unauthorised people from entering either dressing room.

Though many clubs in Brazil have problems with violent factions of some of their supporters groups, the incident is widely regarded to be suspicious. These organised fan clubs, known as torcidas organizadas, have a proud history in Brazilian football and are largely responsible for the game’s colourful and vibrant atmosphere. However, in recent decades some of these groups have morphed into political tools, comprised of “professional” football fans whose allegiance can be bought and sold. These organised groups will only participate in such criminal activity if there is financial interest behind it, and the invasion of the dressing room of a tiny club, not a rival to Flamengo, is certainly not in line with their raison d’être.

The story is still developing, although Flamengo and Fluminense appear to have been victorious. The clubs reached a compromise with Ferj in order for the Maracanã to host games during this year’s state championship, and the following day the federation announced they would scrap their new ticket price rules, allowing the clubs to determine their own. Eduardo Bandeira de Mello affirmed that although early demands have been met they will continue their protest and plans to create an independent competition for 2016.

Providing Flamengo and Fluminense remain true to their word, this split in Rio de Janeiro would serve as an excellent example to Brazil’s other giants clubs that find themselves at the mercy of their own regional federations. At a national level, were Flamengo and São Paulo’s biggest club Corinthians (the two clubs have a combined fan base of approximately 60 million) to join forces to protest a similar issue, then no amount of hegemony at Brazil’s FA would be able to stand in their way.