With social media psyops and white supremacist symbolism, a coalition of Bolsonaro-allied right wing millionaires is working to shut down Brazil’s Supreme Court on Independence Day, in what some fear will be the next act in Brazil’s democratic collapse.

On August 20, Brazilian Federal Police raided the homes of 8 men, including Congressman Otoni de Paula (PSC-RJ), and Sergio Reis, the 81 year old cattle rancher and pop singer who has an estimated fortune of R$274 million. The raids came as part of an ongoing investigation over a social media campaign calling for a violent attack against the Supreme Court on this September 7 – Brazilian Independence Day. The investigation has already led to several arrests and restraining orders including that of alt-right social media influencer Bruno Semczeszm, who was recently photographed with neofascist German Parliamentarian/Hitler’s Finance Minister granddaughter Beatrix Von Storch during her visit to Brazil to meet with the Bolsonaro family. 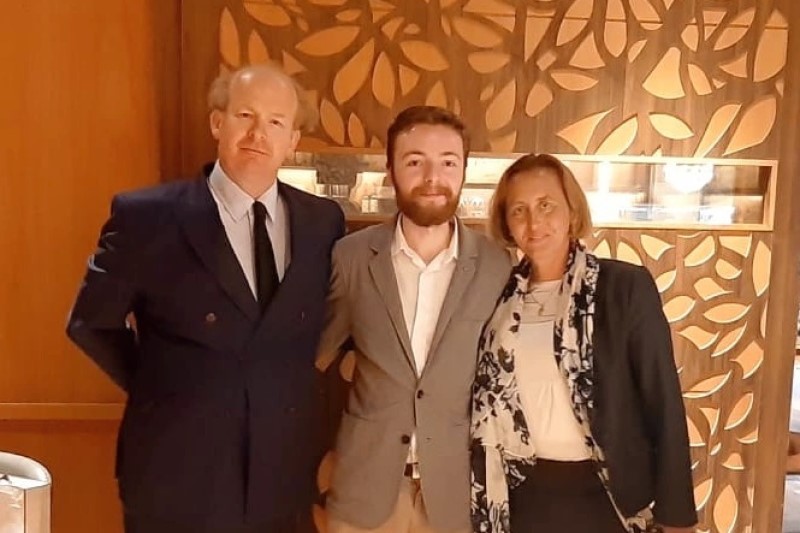 Shortly after Friday’s Federal Police raids, President Jair Bolsonaro delivered an impeachment request to the Senate against Supreme Court Justice Alexandre de Moraes. Over the past two years, Moraes, a conservative former organized crime defense lawyer, has been one of the most tenacious critics of the Bolsonaro coalition. In July, he wrote a decision authorizing a felony malfeasance investigation of the President for alleged involvement in a criminal purchase order for 300,000 doses of overpriced Indian Covaxin Covid 19 vaccine from a shell company in Singapore.

Although the intensity level has increased, President Bolsonaro’s neofascist core group of supporters has been pleading for him to shut down the Supreme Court since the day he took office. 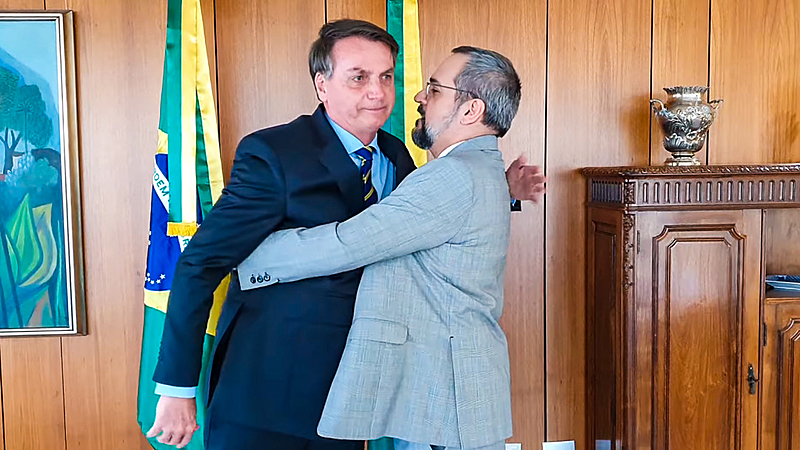 In 2019, then Education Minister Abraham Weintraub was caught on video urging President Bolsonaro to “throw all the bums in the Supreme Court in jail.”

In June, 2020, Sarah Winter, former leader of Brazilian FEMEN, who has alleged ties to AZOV, led a small group of Tiki torch wielding protesters to the door of the Supreme Court calling for its violent overthrow. Shortly afterwards she was arrested for mobilizing international resources online to orchestrate a violent attack against a Brazilian government institution in violation of the National Security Law. 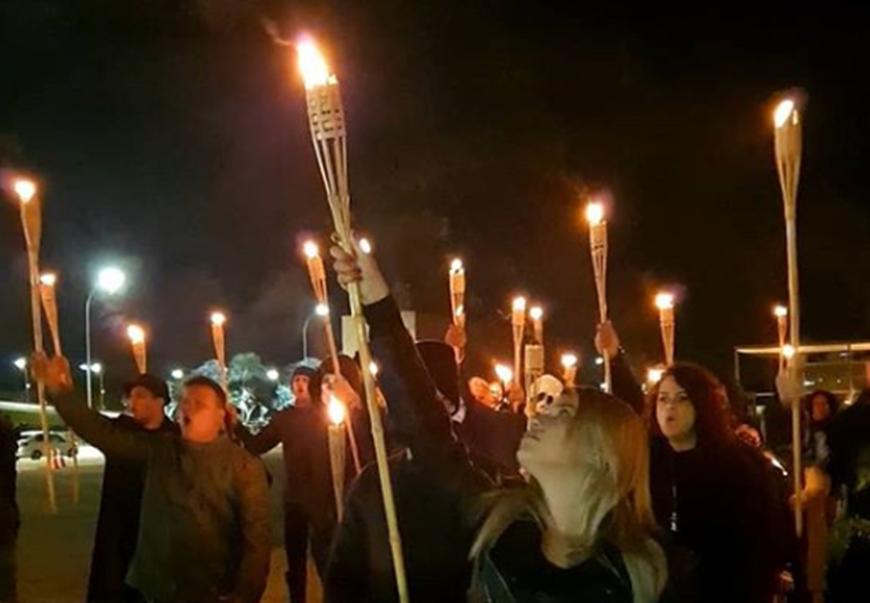 In February, 2021, Congressman Daniel Silveira, a former Rio de Janeiro military officer who rose to power publicly applauding the murder of Marielle Franco, was arrested after he released a series of videos on his social media accounts threatening violence against Supreme Court ministers.

In July the Biden administration sent its its CIA director to Brazil to meet with President Bolsonaro and his top generals. Shortly thereafter, Biden’s National Security Adviser Jake Sullivan flew to Brasilia to invite the Bolsonaro administration to join NATO. Apparently interpreting these visits as a sign of support, Bolsonaro and his followers accelerated their attacks against the other branches of government. 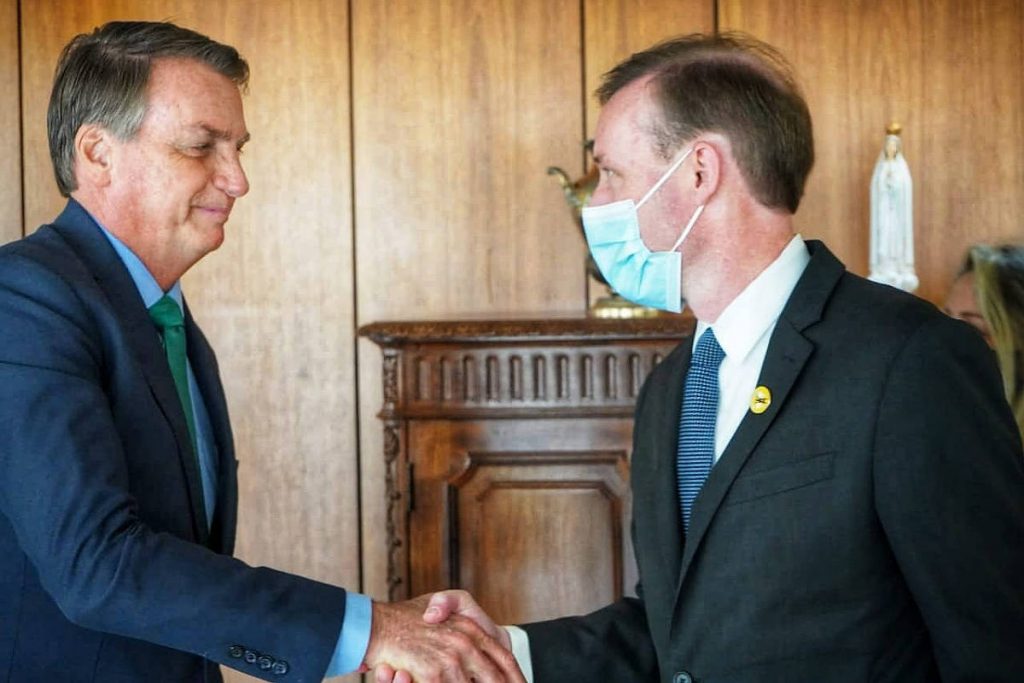 On August 10th, Steve Bannon introduced his long time friend, President Bolsonaro’s son Eduardo, to MyPillow owner and alleged January 6 Capitol invasion financier Mike Lindell on stage at his Cyber Security Symposium in Sioux City Iowa. After correcting the right wing multimillionaire’s pronunciation of the Bolsonaro name, Bannon said, “the elections in Brazil are the 2nd most important in the World (after the US). Bolsonaro will win, unless the election is stolen by machines.” Like much of what Bannon says, there was little correspondence with reality. The most recent polls show Lula ahead of Bolsonaro by nearly 20 points. But that doesn’t seem to really be the point.

“I’m worried about September 7,” says former Foreign Chancellor/Defense Minister Celso Amorim. “I want to see if the armed forces are defending Bolsonaro as a person, or if they are defending the Constitution.”

Amorim raises a key issue. Jair Bolsonaro’s government has more military generals in its cabinet than any Brazilian government since the mid-70s – even more than under its final dictator, João Baptista Figueiredo. Army General Vilas Boas openly admits that he threatened the Supreme Court to pressure it to order Lula’s election-season political imprisonment in 2018, and reserve Generals participated in protests against President Dilma Rousseff. 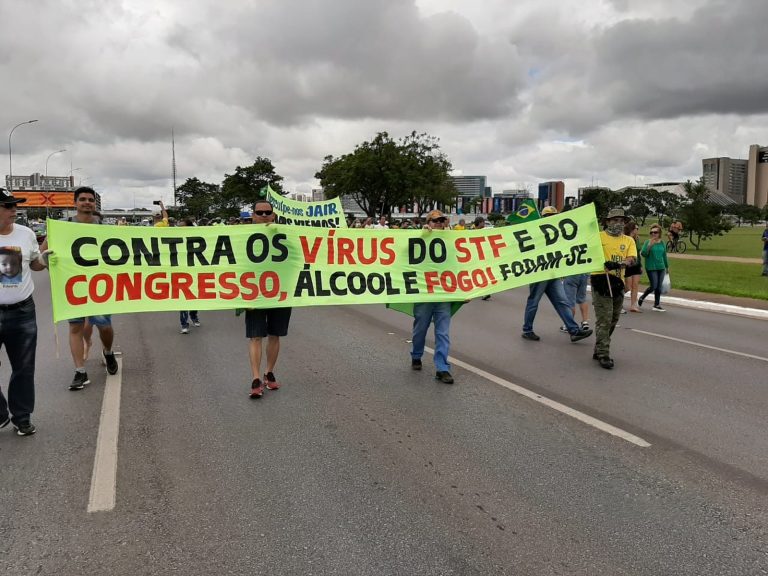 Banner reads: Against the Virus of the Supreme Court and Congress. Alcohol and Fire! Fuck them.

During the 20th Century Anglo Brazilianologists such as Alfred Stepan and Frederick Nunn helped build a narrative of the Brazilian military as guardian of national unity and order against internal enemies. Although the Brazilian military has tortured and murdered thousands of labor union activists, peasant farmers and communists, it has yet to prove itself willing or able to protect against a neofascist internal enemy of elites. As in 1964, there are signs that different factions within the military are arguing about whether to support an anti-democratic coup, with former Bolsonaro Cabinet Chief General Carlos Alberto dos Santos Cruz repeatedly criticizing the President’s “absurd’ threats against the electoral process. After September 7th, we will have a better picture of which side the military is going to take.

Meanwhile, as Steve Bannon’s recent statements about Lula being the most dangerous leftist on the planet show, the international far right has its eyes on Brazil and will undoubtedly use next year’s elections as a stage for piloting new tactics for the 2024 elections in the US.