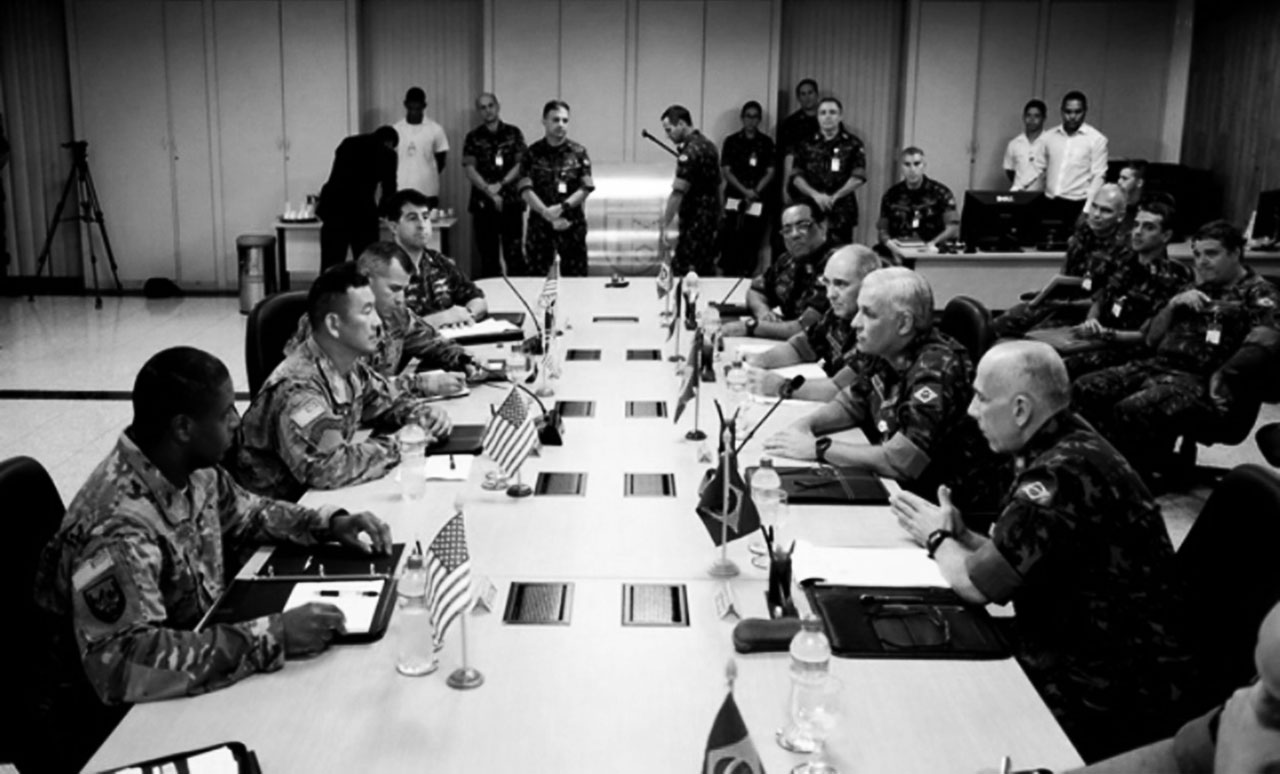 Once in office, Jair Bolsonaro – aligned with other right-wing governments in Latin America and backed by the US – could launch a military invasion of Venezuela.

The presidential election victory of the far-right politician Jair Bolsonaro in Brazil is not just bad news for the people and social organisations of Brazil, it opens the frightening prospect of an intervention against Venezuela’s socialist government. The Trump administration has repeatedly discussed the need to deal with the ‘Venezuela issue’, and in recent months there have been declarations calling for intervention from Venezuelan opposition leaders and the Organisation of American States. Several members of Bolsonaro’s team, including General Hamilton Mourão, have talked of the need for a ‘humanitarian intervention’ in Venezuela.

The media context is gradually being created to justify this with the focus on millions of refugees, economic crisis, corruption, authoritarianism and state repression. Just look at this article from the ‘Financial Times’ (FT), ‘Venezuela: Oil Producer’s Slump Reflects Nation’s Decline’. Neighbouring Colombia is the kind of regime Bolsonaro wants to emulate – strongly tied to the US, an opposition cowed by relentless violence and the oligarchy free to make huge amounts of money selling the nation’s resources to Transnational corporations. Colombia’s recently elected far-right president Iván Duque is also hostile to Venezuela. In the wake of Bolsonaro’s victory a Colombian official has reportedly said: “If Bolsonaro helps topple Maduro with military intervention, he will have Colombia’s support.”

I can foresee a situation, perhaps provoked by some event in Venezuela, whereby one of the Latin American states hosts a conference on the ‘crisis in Venezuela’. Chile as a “stable democracy” would be a good option, it has the right optics. Chilean president Sebastian Piñera is also a right-winger with a direct connection to the Pinochet dictatorship, who met President Trump in September this year to discuss trade and the crisis in Venezuela.

Chile also has an oversized armed forces fed a constantly anti-communist message. So at this “crisis summit” leaders from across the region would host members of the Venezuelan opposition who call for help. They call for a humanitarian intervention and Brazil, Colombia and Chile put in the bulk of the troops. The Trump administration would “reluctantly” shoulder the burden of supporting this action. Perhaps since Colombia is now an associate member of NATO, even the Europeans could get in on the action. The US Air Force would provide air cover. The US Navy could use Tomahawk strikes against Venezuelan command and control. Special Forces and maybe some Marines could also accompany the “coalition” troops as they move in, particularly around the oil fields. Maduro would be killed and the opposition put in power. The right-wing counter-revolution in Latin America would be largely complete.

Republished from Alborada with permission. Main photo: Brazilian and US commanders during  joint military exercise AMAZONLOG17.