On October 30th, two days before Brazilian Federal police moved to investigate a Greek oil tanker for the oil spill which has poisoned over 2000 km of Brazilian coastline, researchers at the Federal University of Alagoas published satellite images showing a 55×6 km, half-moon shaped oil slick, 54km off of the coast of Southern Bahia. In it’s zeal to blame Venezuela for the environmental disaster, the Brazilian federal police have ignored the information. Despite evidence to the contrary, the Brazilian government is still insisting that one tanker is responsible for the problem.

After weeks of analyzing satellite imagery, Humberto Barbosa, from Alagoas Federal University’s Laboratório de Análise e Processamento de Imagens de Satélites (Satellite Imagry Processing and Analysis Laboratory/Lapis ) announced the findings. “The imagery shows that the origin of the spill could be below the ocean surface. With this, we raise the hypothesis that the pollution could be caused by a huge leak in a petroleum drilling operation. Due to the location of the slick, it could have even originally taken place in the Pre-salt region.” 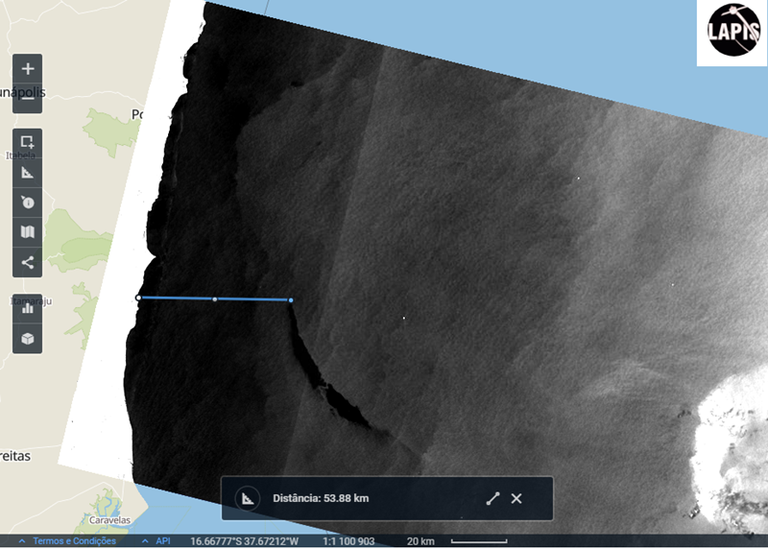 Barbosa explained that, due to the location of the oil and the size of the slick, it had to be caused by something much greater than a leaky oil tanker. “The leak is taking place at the ocean floor, as a consequence of drilling,” he said.

Brazilian President Jair Bolsonaro has been criticized by environmentalists for failing to respond to the disaster, which is damaging tourism in the Brazilian northeast, a region in which he lost the presidential election by a 2–1 margin. Although the disaster began in August, he failed to mention it publicly until October 5th, and then, only to blame the incident on Venezuela. 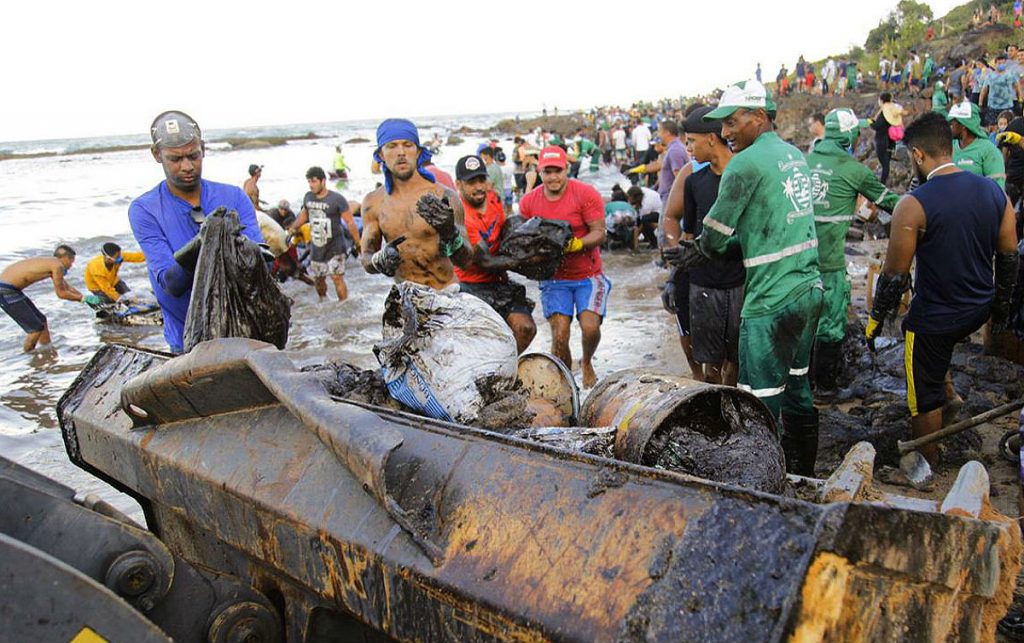 Shortly after taking office in January, President Bolsonaro dismantled the national contingency plan for oil spills, which had been established by the Dilma Rousseff administration in 2013. The government provided no assistance for weeks after the spill was discovered. Instead, thousands of volunteers began manually removing the oil from 283 beaches. Many of the volunteers have been complaining of headaches, nausea and diarrhea.

The oil is currently drifting towards Abrolhos National Marine Reserve, which is home to some of the Brazil’s largest coral reefs and is a breeding ground for Humpback Whale.

Folha's Monica Bergamo reports that, following the victory of Gustavo Petro, President Jair Bolsonaro sent a message on a private WhatsApp group in which he...
AMAZON

When the monsters that govern Brazil today thought they had put an end to  resistance against the invasion of indigenous lands after transforming Funai...
DEMOCRACY

Presidential pre-candidate, Luiz Inácio Lula da Silva, has mocked the request made by Jair Bolsonaro to the President of the United States, Joe Biden,...
Facebook
Twitter