Paraisópolis is recognized for an iconic photo of a luxury condo with a swimming pool on each balcony adjacent to a sprawling favela, which is used around the world as a visual reference to the growing gap between the rich and the poor. A favela with some 80,000 residents, most of whom are decedents of migrants from the impoverished northeast, it is home to one of São Paulo’s most iconic open air funk parties, which has been featured in telenovelas and on the Netflix series, Sintonia. Every Saturday night, a crowd of thousands of young people gather on a street corner and DJ’s play loud São Paulo-style Funk de Ostentação, often until mid morning the next day. It is one of the most famous examples of the São Paulo periphery phenomenon of the pancadão, the informal street party, which current São Paulo governor João Doria has been working to criminalize by using racist code-word infused rhetoric reminiscent of criminalization attempts of Capoeira during the 19th Century and Samba during Getulio Vargas’ New State Dictatorship of the 1930s.

Doria is from the neighborhood next to Paraisopolis, Morumbi, which is home to the luxury condos with the swimming pools on the balconies. Born into a wealthy politician who was exiled during the dictatorship, he served as the extremely corrupt President José Sarney’s tourism minister during the 1980s, and spent 30 years amassing a fortune in the private sector through shady business deals with the state’s PDSB party political machine. He became nationally known by staring as the Trump surrogate in the Brazilian franchise of the Apprentice, and returned to politics, running for Mayor of São Paulo as a traditional Brazilian cordial conservative, donning polo shirts and fancy sweaters while using polite language to explain to voters how he planned on removing the city’s homeless population.

In 2018 he ran for governor and changed his image into a screaming fascist. Riding on the coattails of the fake news triggered wave of support for Bolsonaro, he campaigned under the slogan “Bolsodoria”, and posted an endless stream of selfies with the right wing extremist presidential candidate while rallying against his conservative gubernatorial opponent as a “communist”. Since taking power he has worked to rebuild the traditional “cordial conservative” PSDB party, which was decimated in the 2018 elections. As public support for Bolsonaro dropped below the 30% mark, he began denying that he ever supported him, and poached popular alt-right politicians like former porno actor Alexandre Frota out of Bolsonaro’s PSL party into the PSDB, rebuilding it’s image as a more openly fascist party than it was under neoliberal icon Fernando Henrique Cardoso. 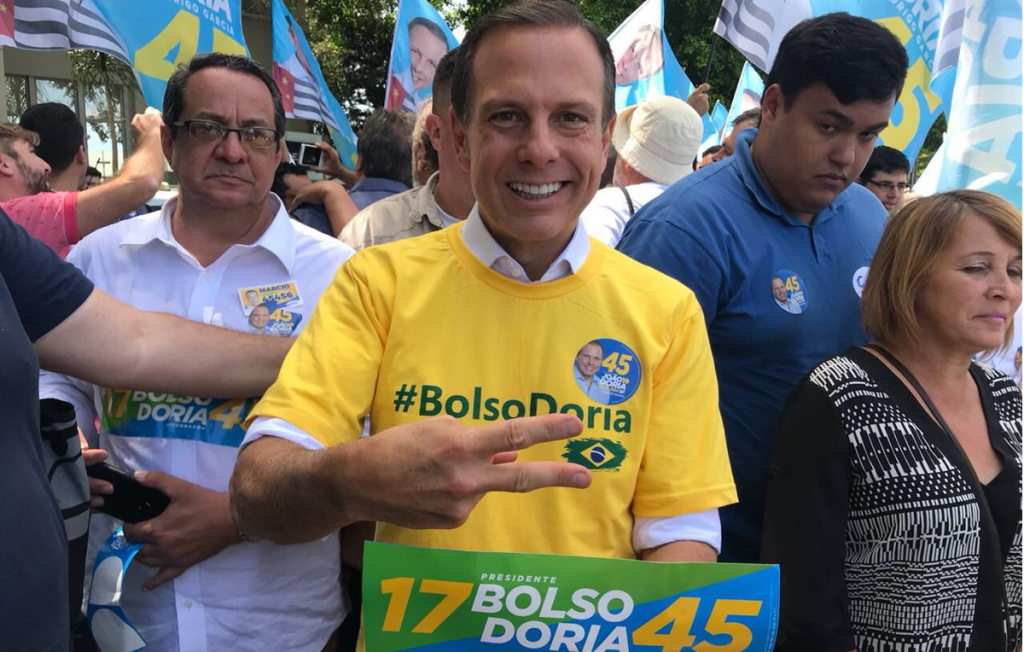 Despite mountains of photographic evidence, such has him wearing his own “Bolsodoria” t-shirts, Governor Doria now claims to have never liked Jair Bolsonaro

On November 25th, Governor Doria announced his new State Security plan, which, for the first time in decades, contained no contingency plan, or even mention of police violence, despite the fact that 33% of all murders committed in the state in 2018 were committed by on or off duty police officers. The following Saturday, a group of military police officers stormed into the pancadão in Paraisopolis favela. By the time it was over, hundreds of youth had been injured and 9 were dead. 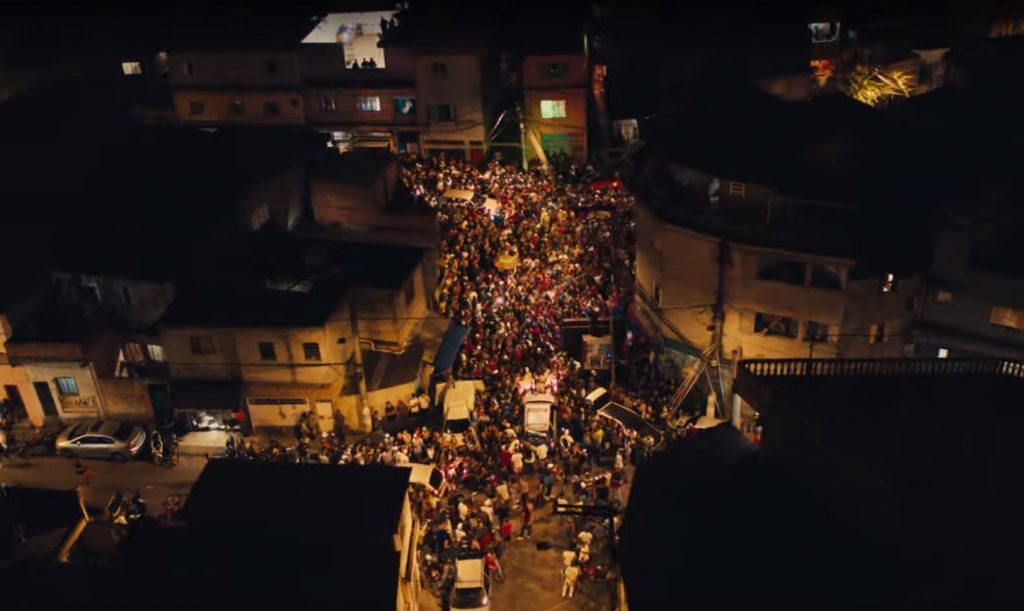 The Military Police announced that they entered the area chasing two criminals on a motorcycle who exchanged gunfire with them and in the resulting confusion the kids were trampled in a stampede. Over at the city morgue, they refused to let anyone photograph the bodies to confirm if there were any signs of trampling.

Then the smartphone videos began circulating on the internet.

In one video, a group of police officers laughs while kicking and beating a teenager who is lying on the ground in an ally with clubs as the woman filming from her window begs them to stop, “for the love of god”.

In another video a smiling police goon repeatedly clubs teenagers in the head as they walk away from the area with their hands up.

In a third video, military police officers prevent ambulances from entering the area.

Witnesses say that the police came in shooting shotguns in the air and firing rubber bullets and tear gas into the crowd and beat anybody they could get their hands on, 9 of them to death.

In a press conference, Governor Doria defended the police and said he will not change the state’s security strategy. When the Police Superintendent announced that the involved officers had been suspended, Doria added, “for their protection.”

In a holdover from the Dictatorship era, Brazil’s state military police, ostensibly controlled by the governors, are not held accountable to the general rule of law but judged by their peers in a military court system. Since the return to democracy in 1985, virtually none of them have ever been punished for committing executions. Criminologists and activists have called for the dismantlement of the military police for decades, through merger with the civil police, who are accountable in the general legal system. Now disgraced former Lava Jato judge Sérgio Moro, currently serving as right wing extremist President Bolsonaro’s “Super Justice Minister” is attempting to push through a crime package that will extend their right to kill unarmed citizens any time that they “feel scared or threatened”.

Protests against police violence are scheduled for Thursday in downtown São Paulo and December 14th, in Paraisopolis.