On Monday morning, October 7th, a group of twenty organizations protested against Cargill Corporation’s role in the out of control devastation of the Amazon rainforest and massacre of indigenous people currently underway in Brazil, due to far right President Jair Bolsonaro’s dismantlement of the environmental regulatory system and attempts to open indigenous reservations up to logging, ranching and soy farming. The protest was held in front of the Intercontinental Barclay Hotel in New York City where Cargill’s CEO was holding a press conference together with the Wall Street Journal and other media partners. Among the organizations present were Defend Democracy in Brazil, Mighty Earth and Extinction Rebellion. 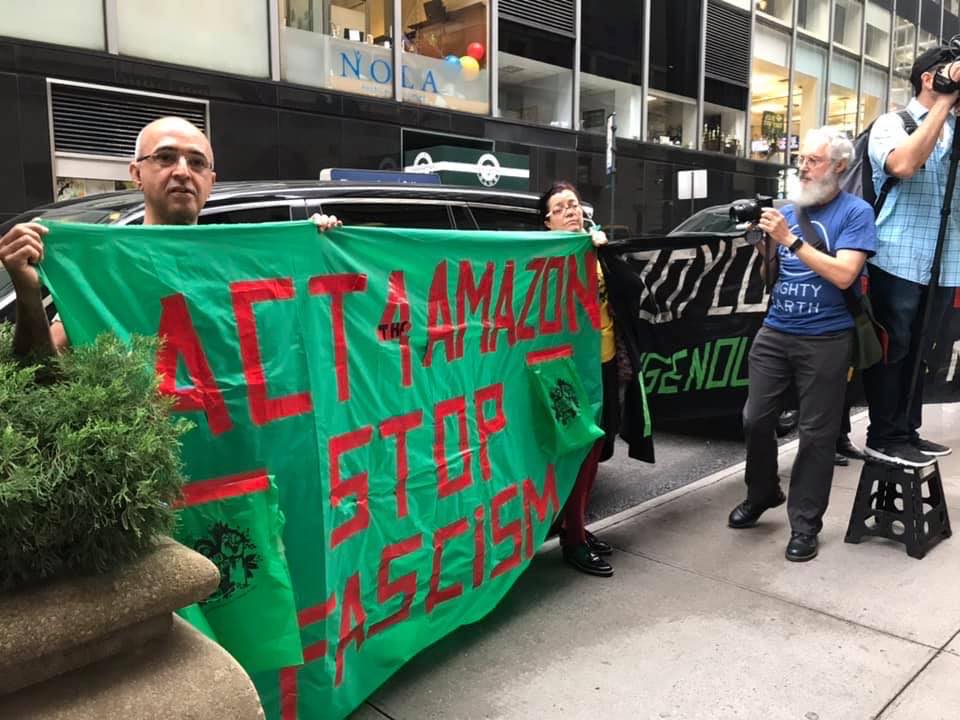 A press release by the Defend Democracy in Brazil Committee on the event states, “Cargill is now possibly the largest destroyer of the Rainforest, with agribusiness expansions all over Amazonian territories, affecting thousands of indigenous peoples, animal species and biodiversity. Their greed and overreach must be stopped and we were at the press conference to tell the reality of what is happening with indigenous people.”

In June, 2018, Cargill announced it was building a new soy terminal port 9 on the Madeira river in Porto Velho, expanding its soy export capacity there from 3.5 million to 6 million tons per year. The terminal will sit on the edge of highway 319, which is currently being paved as a strategy to open up thousands of square miles of rainforest to soy and cattle production, between Porto Velho and the capital of neighboring state Manaus.

During the 1980s, the Military Dictatorship borrowed $440 million from the World Bank to pave highway 364 through Rondonia and open thousands of miles of connecting service roads. The end result was a size of rainforest equivalent to that of Great Britain ripped down in less than a decade.

Now, Bolsonaro and the 16 retired military generals in his cabinet appear to be rolling the experience from Rondonia into remaining areas of rainforest. As this process accelerates, Cargill is expanding its capacity to export pesticide soaked, GMO soy to the United States and Europe. It appears, therefore, that increased rainforest devastation is calculated into Cargill’s business plan.

“Cargill’s greed and overreach must be stopped,” said a representative from Defend Democracy, “we came to the press conference to tell the reality of what is happening to the Amazon and its indigenous people.” 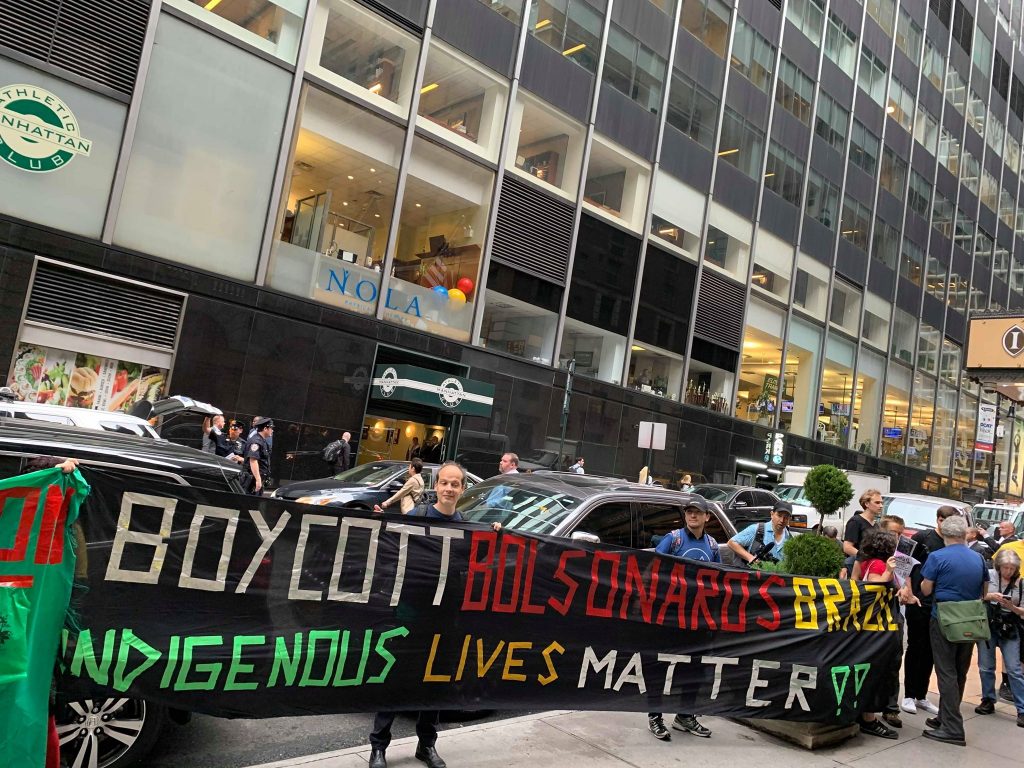