With four months until Brazil’s 2022 presidential election, the latest study by Marcos Coimbra of Vox Populi, taking the average of major election polls, shows Lula on 53% of valid votes and on course to take the presidency in first round.

Another election poll aggregator by Estadão newspaper similarly showed Lula on 52%, 19 points ahead of Bolsonaro and set for an outright victory. There is so far no serious statistical corroboration for the “Bolsonaro comeback win” scenario that some Anglophone outlets, such as Americas Quarterly, Washington Post, and the Guardian, have all reported in the past 8 weeks.

A new compilation of data from electoral polls by sociologist Marcos Coimbr, from Vox Populi, shows that Lula (PT) continues to grow in the average of polls and has reached 53% of valid votes in face-to-face surveys until the end of May. The percentage shows an increase of 2 points compared to the April average .

On the other hand, Jair Bolsonaro (PL) dropped two points and has 31% of the valid votes . Ciro Gomes (PDT) won one point and has 8% , the same percentage as the sum of the other candidates, which fluctuated one point down. 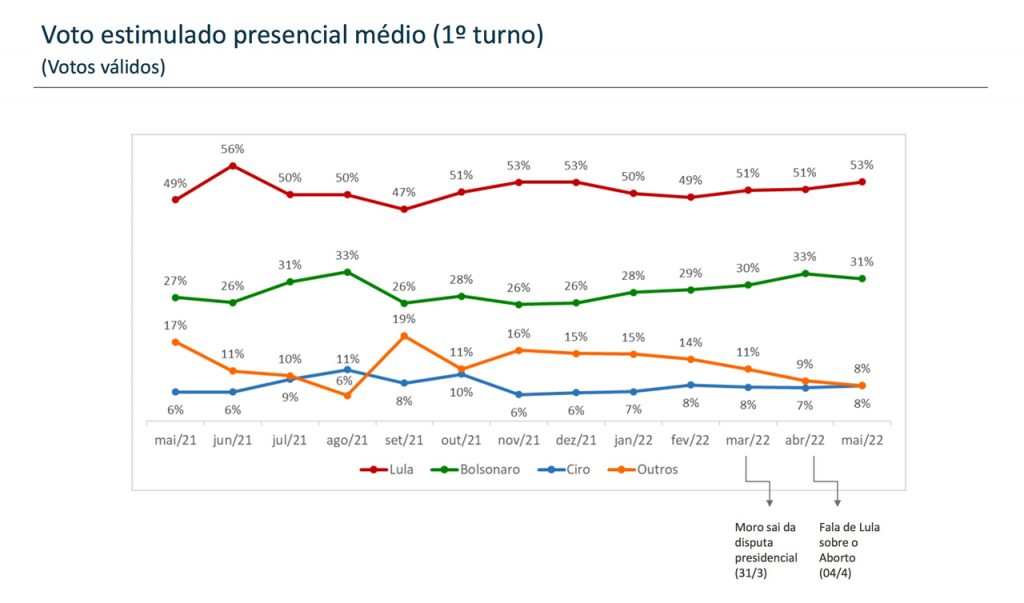 In the average of remote polls, conducted by telephone, Lula has 47% of valid votes – one point more than in April – and Bolsonaro maintains 37%. Ciro and the other candidates fluctuated from 9% to 8%.

In the total votes in this type of poll, Lula remained on 42% and Bolsonaro on 33% in April. Ciro and the other candidates fluctuated from 8% to 7%. White, null and undecided rose from 8% to 11%. 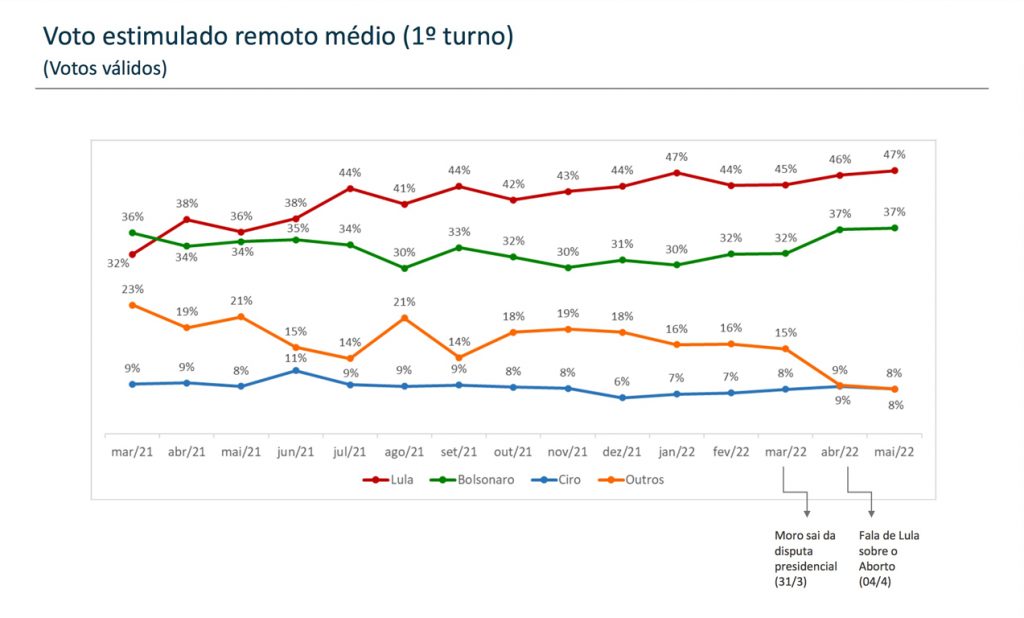 In second round simulations, Lula totals 61% of valid votes against 39% for Bolsonaro in the average of in-person polls. In total votes, Lula has 54% against 34% of the current president, with 11% abstentions.

In telephone polls, the PT candidate scores 58% of valid votes against 42% for Bolsonaro. In total, Lula has 51% against 37% of the current president, with 12% abstentions.

Read the survey in full.