On the night of March 18th, Alfredo Jacinto Mello was pulled out of his bar, the legendary Bip Bip in Copacabana, Rio de Janeiro, arrested by an armed, off duty highway policeman and taken to three police stations for the “crime” of giving a speech praising assassinated city councilwoman Marielle Franco. Alfredo does not drink alcohol, but the police officer had been drinking. As the rule of law continues to erode in the post-coup state of exception, this is one more aggression against leftist critics in a scenario where 10 human rights activists have been assassinated in the past 2 months.

Bip Bip, the oldest drinking establishment in Copacabana, is one of the best bars I’ve ever been to in my life.  I first met Alfredo in 1991. His bar is a tiny storefront, about a block back from the beach where 7 days a week, year in year out, some of the best musicians in Rio come to participate in a never ending Bossa Nova, Chorinho and Samba jam session. I am not exaggerating about the quality of the music. Tom Jobim and Vinicius de Moraes used to roll through this place. Alfredo was the first person who ever taught me about Samba. Among the many words of wisdom he has imparted to me over the years is, “Tom Jobim invented Bossa Nova because middle class whites liked Samba, but don’t like to dance. Jobim slowed the rhythm down to make it palatable to a middle class audience”. 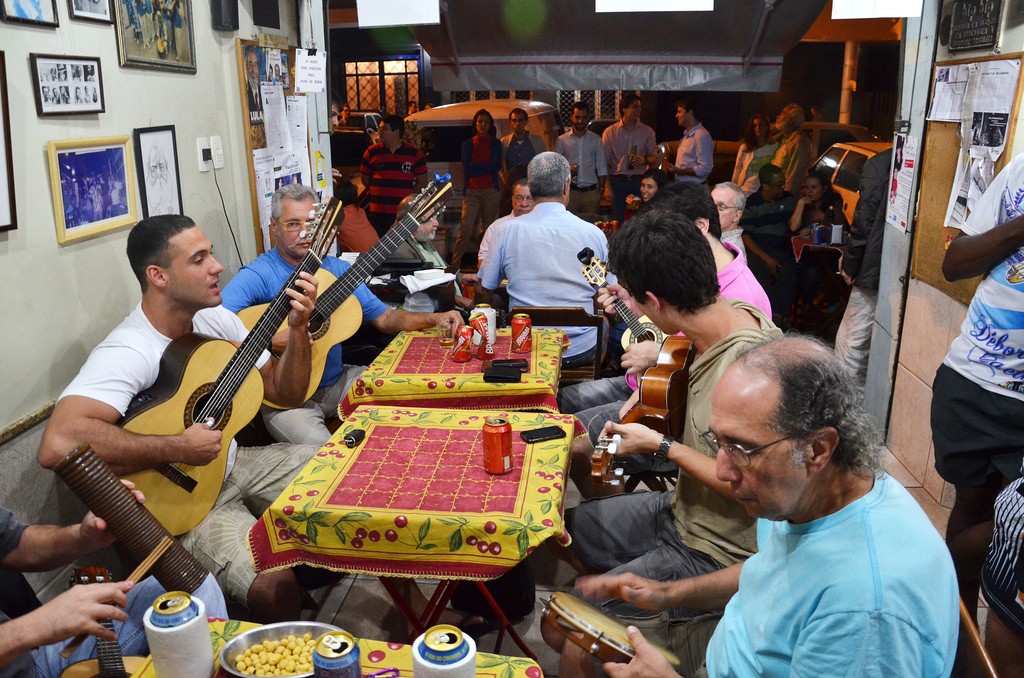 Bip Bip is known for its batidas,  cachaça concoctions made with things like peanuts and caju fruit. They are so good that you don’t notice the alcohol and they they creep up on you. One night back in the 90s train robber Ronnie Biggs told me the story of when he and an Australian buddy drank a bunch of Alfredo’s batidas and decided to go for a swim. They were so drunk that they lost their cloths and had to take the bus back home to Santa Teresa in nothing but their wet underwear.  There is no argument about who the best football player in history is in Bip Bip. Forget Pelé and Marradonna. Bip Bip is a Botofogo bar that only sells one t-shirt, of Garrincha. Alfredo, a man in his 70s, is a Catholic in the best sense of the word, someone who has spent his whole life fighting for social justice, and a big fan of Bishop Dom Helder Camera. Legendary Carioca musician Tiago Prata was in the bar Monday night when the drunk policeman called in a highway police squad car and, ignoring Alfredo’s lawyer, who happened to also be in the bar at the time, hauled him away for the “crime”, reminiscent of the days when the Military, now ruling Rio de Janeiro, ran the entire country, of publicly praising a socialist human rights activist. This is Tiago’s story. 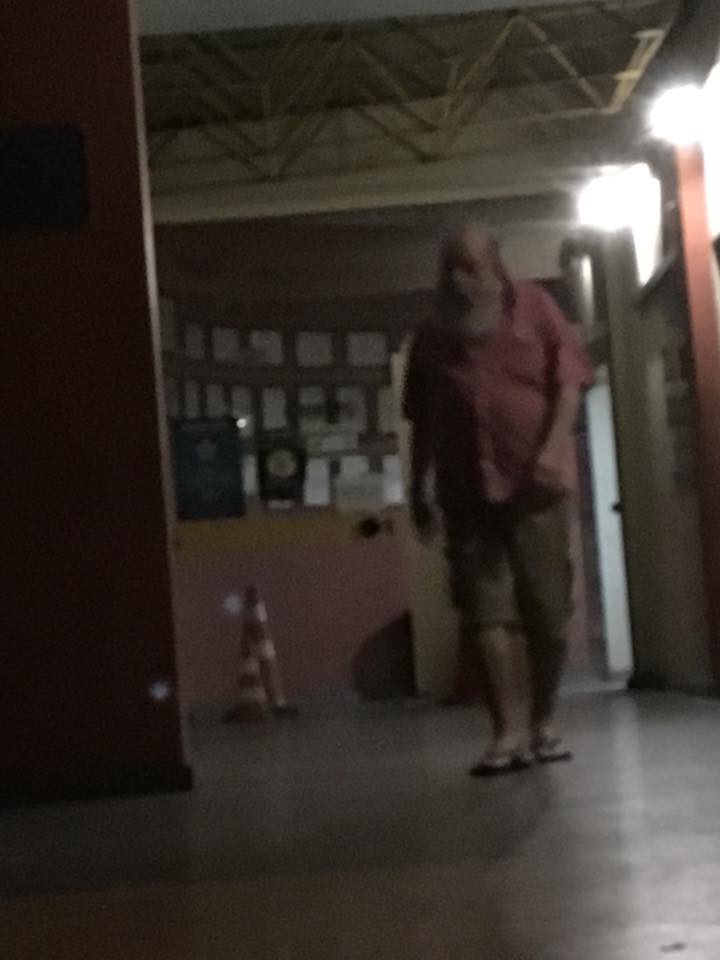 This poorly shot photo shows Alfredo, leaving the Leblon police station at 2:27 AM. It was the third station of the night that he was taken to after an agent of the Federal Highway Police, four hours earlier appeared in Bip Bip after threatening patrons for the supposed slight of their making an homage to Marielle. In one of his customary nightly speeches, Alfredo paid homage to Mari and invited all of his patrons to a protest in her honor which was scheduled the following day. The police officer, who had drank at least 4 beers in the bar, started yelling that provoking discourse that, “the only homage should be to police officers killed in action”. He was booed and, in the ensuing confusion, someone in the crowd, who was clearly not Alfredo, appears to have pushed him.

What should he have done? He should have called the police and registered a complaint that he had been pushed.

What did he do? He left and came back half an hour later, showed off his gun, entered the bar, threatened to shoot it if necessary and gave a speech.

The Military Police arrived quickly in three squad cars. The did not disarm the Highway Police officer and started questioning patrons. Alfredo and his customers, despite the tension in the air, tried to resolve the problem on the spot and let the night continue.

However, the policeman was extremely rude and wanted to demonstrate authority and machismo, and in front of the Military Police, who were let by a Lieutenant, demanded that Alfredo immediately go with him to the station. He ignored the arguments of the military police and demanded to take Alfredo to the police station personally.

Summarizing what happened next, after being taken to the 12 and 13th precincts, where a group of heavily armed Highway Policemen arrived, after there was no officer on duty available to receive the complaint, he was taken to the 14th precinct.

At this point we established contact with the police and we thank the valiant efforts of lawyer Rodrigo Modego, who quickly rushed to the station to defend Alfredo. But, to our surprise, the night officer refused to allow him in to preside over his testimony. So, a complaint was filed for battery, by the police officer with Alfredo registered as a witness. In the complaint, the officer exaggerated his victimization saying that he was kicked, punched and pushed, which is untrue. Despite all of Alfredo’s testimony about abuse of authority, the only “crime” registered was battery.

This event is having big repercussions in the media and the press is looking for answers from the Federal Highway Police about why an armed agent could threaten a bars patrons after consuming alcohol. The Civil Police will also have to respond about why its officer did not register the abuse of authority of a policeman who demanded to arrest Alfredo, for no motive and refused to listen to his testimony, and refused to let his lawyer in to assist him. The world needs to respond to so much hatred and so many threats.