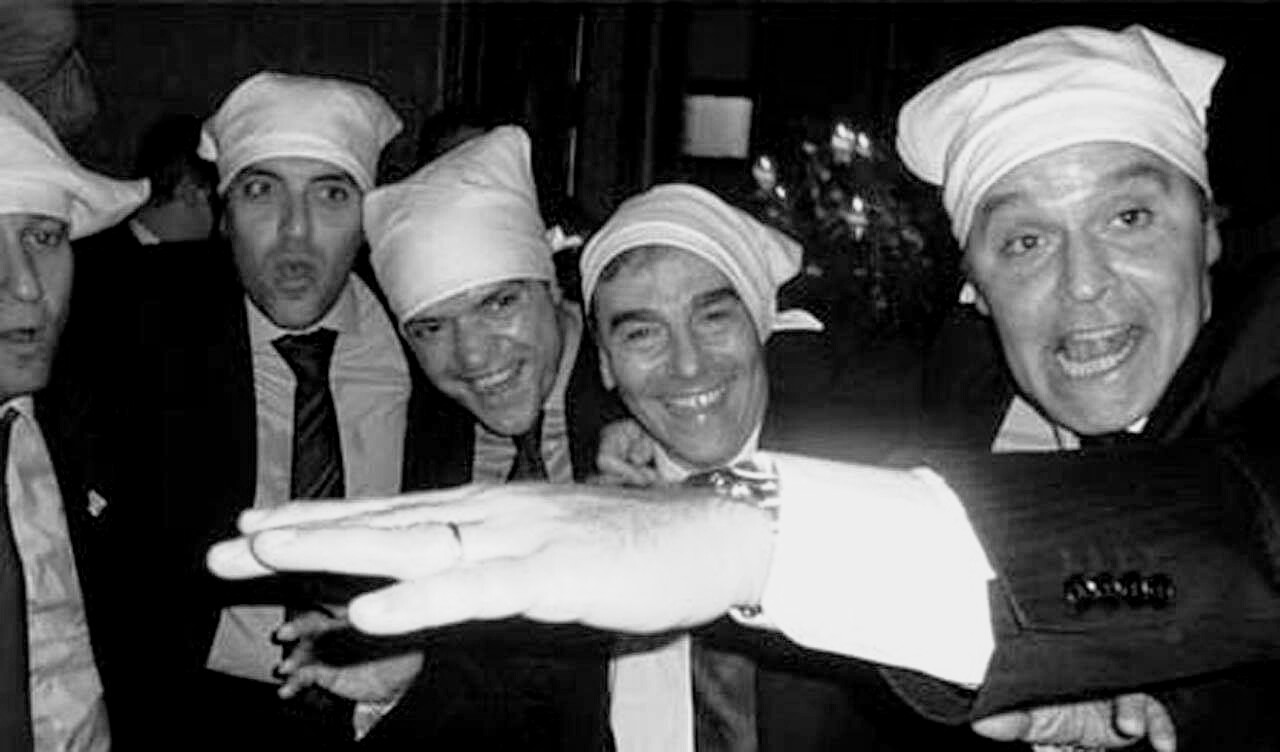 How conservative corruption opened a fascist door in Rio

Massive corruption in Rio de Janeiro’s disastrous Public/Private transportation partnerships brought an end to decades of MDB party hegemony, but the power vacuum that it opened was filled by neofascists.

When the June, 2013 protests against bus fare hikes and lack of quality public transportation rocked Brazil, protesters in Rio de Janeiro had a clear target: their suspicion of irregularities in government contracts with bus companies which benefited then governor Sergio Cabral (MDB) and his allies.

Perhaps the protesters did not know that, during the years to come, this suspicion would transform into an unprecedented political crisis and the imprisonment of traditional political machine members for corruption, through actions like the recent Federal Police Furna da Onça investigation, which resulted in the arrests of 10 state congressmen from different political parties, all of whom belonged to Sergio Cabral’s governing coalition. The collateral effect of this anti-corruption process appears to be the opening of a power vacuum that was occupied by neofacist outsiders.

After the 1964 coup, Rio de Janeiro’s political party scenario suffered from a unique process of transformation: both the left and the liberal right were shut down by the Military Dictatorship. This persecution opened space for an openly cronyist center-right, (commonly called the Centrão) which developed regional hegemony. Since that time, this political field has been characterized by paternalistic actions which are ingrained in the administrative dynamic of the Rio state government, co-opting other political forces and maintaining a network of alliances that does not have any clearly defined political or ideological program.

The formation of this bloc is clearly represented in the MDB, the party which occupied the center of power in Rio’s legislative and executive branches. The MDB maintained a cronyist parliamentary majority for decades, without any commitment to a political project, whose only practice consisted in the micro-politics of meeting periodic demands of the population and responding to the multiple corporatist groups such as the judiciary. In this manner, the Rio de Janeiro state legislative assembly (ALERJ), maintained a political culture based on cronyism and the liquidation of opposition forces.

This vicious cycle of MDB power in Rio only began to suffer setbacks in 2016, with local Federal Police anti-corruption investigations. Ex-Governor Sergio Cabral, who ran Rio during times of economic bonanza (2007-2014), was jailed in Operation Calucute, accused of leading an organized crime group which embezzled R$224 million from state government infrastructure and construction contracts such as the reforms to Maracanã stadium for the 2014 World Cup and the new ring highway.

Cabral’s imprisonment for corruption and money laundering was only the tip of the iceberg. In the months that followed, the Federal Police task force uncovered other corruption schemes involving Cabral, his wife, ex-secretaries from his government and businessmen. However, the police operation which dismantled MDB power over the state administrative machine would be that which, later, would dismantle the power structure in the state legislature: Operation Cadeiea Velha.

Federal Police Investigators describe a corruption scheme involving the MDB leadership and Fetranspor, the private transportation company federation lead by businessman Jacob Barata Filho, “The king of the buses”. The existence of a Fetranspor slush fund – for bribes paid to politicians in exchange for unjustified fare hikes – is something that rose suspicion for a long time, since the bus company owners have always been a major political force in Rio. What was surprising was the revelation that the “transportation mafia” scheme directly benefited the president of the state legislature, Jorge Picciani, an ally of Cabral and the main guarantor of the political deals that maintained the multiparty control base over the state government during the past 20 years. Picciani was arrested, together with ex-State Legislature presidents, State Congressmen Paulo Melo and Edson Albertassi – all from the MDB – as part of Operation Cadeia Velha in November 2017.

Exactly one year after Picciani and two ex-Presidents of the state legislature were arrested, Operation Furna da Onça revealed a scheme for buying parliamentary support. 10 state congressmen were imprisoned (although majority of them were just reelected) accused of receiving monthly bribes which ranged in value from R$20,000 to R$900,000. The name of the investigation refers to the Furna da Onça Room, which is located next to the State Congress Hall, and is used by lawmakers to hold meetings and private conversations, especially before voting on bills.

According to the Federal Police, the scheme lasted from 2011 to 2014 and involved at least R$54 million, coming from money skimmed off of overvalued construction contracts with Odebrecht engineering company. The criteria used to choose the state congressmen who received the bribes was their political importance and the amounts were decided on directly by Sergio Cabral. “The state legislature transformed into a veritable bribe-land,” said regional public prosecutor Carlos Aguiar, who led the investigations. Evidence was also uncovered showing favoritism of the state Congressmen in a spreadsheet showing State Transportation Ministry (DETRAN) hirings, which indicates the establishment of a political patronage system.

According to the investigations, in exchange for the monthly bribe, state congressmen systematically voted in favor of Sergio Cabral’s political organization. The lawmakers approved all of the government budgets, even when the state was in a financial crisis. In 2017, they approved raises in retirement pension contributions by government workers, the privatization of the state Water and Sewage company, CEDAE, and voted against a bill which would have required more transparency on subsidies paid to Fetranspor.

Among the state congressmen who benefited from this scheme was the parliamentary comptroller – the man responsible for opening internal investigations – Chiquinho da Mangueira. Chiquinho is also the president of the traditional samba school Estação Primeira da Mangueira and received over R$3 million to finance his carnaval group in 2014. Transactions of less than R$100,000 were stored inside socks and delivered directly into the state congressman’s hands. Another lawmaker, Marcos Abrahão, nominated his girlfriend for a job in the state Education Ministry.

The biggest arrest in the investigation was of André Correa (DEM), ex-state Minister of the Environment, former governmental leader in the state legislature and the man slated to be president of Congress in the next government, who received a total of R$2.28 million in 30 bribes. “He who owes nothing, fears nothing. I want to publicly announce that I will maintain my candidacy for President of Congress,” he told the press.

One interesting point is that, as candidate for presidency of the state legislature, André Correa already had the support of 13 newly elected state congressmen from Jair Bolsonaro’s Partido Social Liberal (Social Freedom Party/PSL). Correa belongs to a traditional right wing party, Democratas (DEM), and spoke of his candidacy with Jair’s son Flavio and the PSL bloc under the pretext of being “the most viable name to defeat the PT.”

The negotiations for the PSL to support André Correa were finished after he promised Bolsonaro’s party the leadership of the parliamentary Human Rights commission, which has always been overseen by the left. “I am committed, if elected president of the Assembly, to remove the PSOL from the Human Rights Commission,” Correa said at the time of his arrest. Since his arrest, Flávio Bolsonaro and the PSL bloc are debating nominating their own candidate for president of State Congress. “We would never enter in coalition with organized crime or the old fashioned political back scratching,” said Flavio Bolsonaro.

The break of Bolsonaro’s PSL with André Correa – a representative of Sergio Cabral’s political group – as an obvious consequence of his imprisonment, shows an unprecedented defeat of the cronyist old right of Rio de Janeiro by a new, more ideological right. During the 2018 elections, the Rio de Janeiro state assembly underwent a radical renewal of 51%, with 36 incoming freshman legislators. Bolsonaro’s party elected 13 state congressmen and will be the largest party in congress in 2019. The MDB lost ten seats, falling from 15 to only 5 representatives.

The political results of the Furna da Onça Operation, therefore, like that of other anti-corruption police actions in Rio de Janeiro, is the consolidation of a right wing extremism which no longer needs to align with traditional center right politicians. The imprisonment of members of the center-right political machine not only prevents the new right from reputation damage in coalition building, but also guarantees the integrity of its historic conservative narrative, since the PSL elected a group of outsiders based on its anti-corruption discourse.

It is possible, however, that the actions of the Judiciary with the Federal Police are only serving to redesign the traditional political-administrative regime which has been in power for decades in Rio de Janeiro in favor of a more coercive model, consolidating the division of political groups within the power structure. It is hard to predict what the consequences of this process will be.