The candidates have not been officially declared for this year’s Brazilian presidential elections but we all know who they are, and they can be divided into two categories…

I moved to Rio de Janeiro in 1991 during the inflation crisis when Fernando Collor was president. There was plenty of poverty in my hometown of Chicago but I remember being shocked and saddened at the sight of entire families living in cardboard boxes on the streets of Copacabana. I remember that due to marauding gangs of homeless teenagers, Copacabana residents would take taxis to go one or two blocks after 7 PM out of fear of being mugged – something which happened to me 5 times during my first 6 months living there. When I moved to São Luís, Maranhão in 1992, during a period in which only 60% of Brazil’s children had access to school, I witnessed poverty and hunger on a much broader scale. I remember feeling like a giant walking down São Luís’ Rua Grande for the first time even though I am only 5’11”. Elites in the Southeast and their media institutions like Globo used to joke about how short Northeasterners were at the time but it was not a genetic issue. It was caused by childhood growth stunting from hunger.

During the 3 decades since I immigrated to Brazil I saw a lot of things improve. Then in 2015, working closely with the US DOJ, Judge Sergio Moro attempted to destroy Brazil’s national development strategy by paralyzing its most internationally competitive companies including its 5 largest civil engineering firms. By refusing to treat key companies as too big to fail like they do in the US and Europe, Moro and his team of US government handlers caused 4.4 million people to lose their jobs during a minor recession, which the Center for Economic and Policy Research attributed to a miscalculation of the SELIC rate.

Both Brazil’s rule of law and its economy have deteriorated significantly since 2015. Brazil has slipped from the World’s 6th to 12th largest economy. Forcing austerity during a recession – a mistake that was repeated over and over during the lost decades of the 1980s and 1990s in the developing world – has contributed to $1 trillion annually disappearing from the GDP.

Brazil, which was removed from the UN’s World Hunger Map in 2014, is now suffering from a catastrophic situation in which only 26% of its children are eating 3 meals a day. Many of the advances made since the Collor years are disappearing fast under the US-backed austerity program which started with the 2016 coup and represents a massive transfer of wealth out of the hands of Brazil’s working and middle class to the national comprador bourgeoisie and multinational corporations in the imperialist north. The situation is bleak, but it would be intellectually dishonest to pretend that this is the worst it’s ever been in Brazil. Things can still get a lot worse and the polarization of Brazilian society – fueled by conservative American social media monopolies that profit off of stimulating arguments – is not helping us solve any problems.

In my country of birth, the US, social media and news corporations like Fox and MSNBC have transformed nearly every issue into a counter-productive, ideological battleground. This has broken up marriages, friendships and families while billionaires like Jeff Bezos laugh all the way to the bank. People now cheer for political issues like abortion rights or gun control as if they were cheering for sports teams. Like sports fans, they are quick to overlook any flaws on their own side. No issue epitomizes this attitude more than the ongoing, ridiculous series of negationist debates in the US over Covid 19, many of which have bled into and poisoned minds in the World’s second worst country for deaths from the virus, Brazil.

In The Dawn Of Everything, David Wengrow and the late David Graeber resuscitate a concept called schismogenesis, which describes a process in which groups define themselves by mutual refusal to adopt each other’s ways, regardless of whether they make logical sense or not. It is a good explanation of the process that leads people to vote against their best interests, as in the case of working class Brazilians who vote for politicians who remove their labor rights and slash the health and education budgets.

The World – including Steve Bannon’s Movement – is turning its eyes to Brazil. If the social media-fueled polarization plaguing our society hasn’t let up by now it’s not going away during this election year. Therefore, I would like to embrace this polarization and suggest a new dichotomy to help frame the upcoming Presidential elections. Instead of categorizing candidates as “good citizens” vs “communists” – the strategy successfully used by João Doria, Wilson Witzel and Jair Bolsonaro in 2018, let’s divide them into two categories: nationalists and entreguistas.

Nationalists defend Brazil’s sovereignty over foreign interests and multi-polar over bilateral relations with predatory imperialist nations such as the US, Canada and Germany. Entreguistas are people who, often using the smokescreen of liberal economic orthodoxy and frequently acting out of personal opportunism, promote ever increasing foreign access to Brazil’s resources. Entreguistas favor bilateral relations with predatory nations in the imperialist north over multilateralism. These are not mutually exclusive categories – Some predominantly nationalist politicians have engaged in entreguista behavior and vice versa over the years – but it is easy to use these terms to generalize about Brazilian leaders. 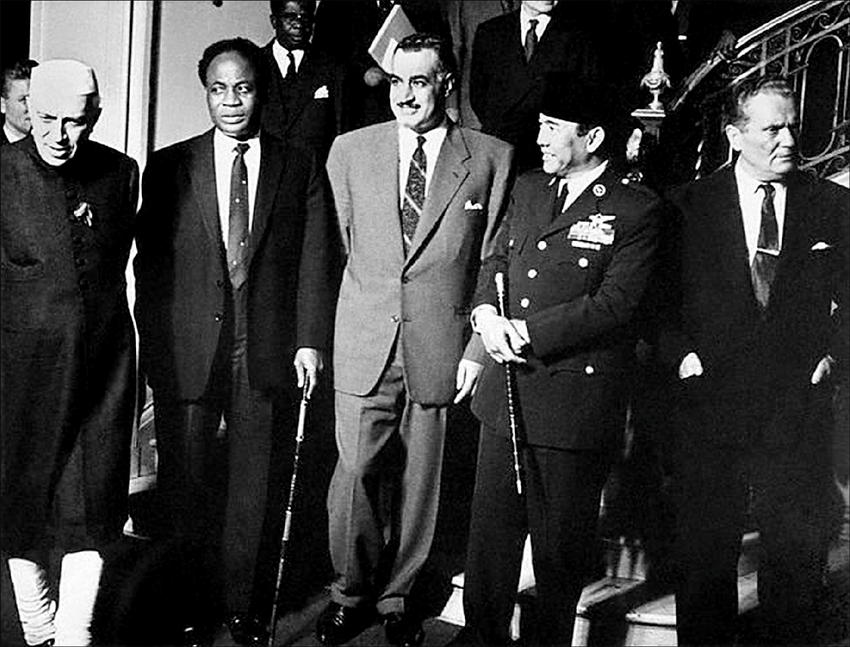 Michel Temer acted as an entreguista when he auctioned 75% of Brazil’s offshore petroleum reserves, primarily to corporations from the imperialist north. Despite his jingoism, Jair Bolsonaro has emerged as the most entreguista leader in modern Brazilian history. The case of Bolsonaro is emblematic because it shows that the nationalist/entreguista dichotomy is not necessarily tied to the left/right political spectrum. Like Bolsonaro, Eneas Carneiro, who finished 3rd in the 1994 presidential elections, had fascist sympathies, was openly homophobic and was beloved by the fascist integralistas. Does anyone believe that if Eneas had been elected president he would have turned over the Alcantara Rocket Base to the Americans? 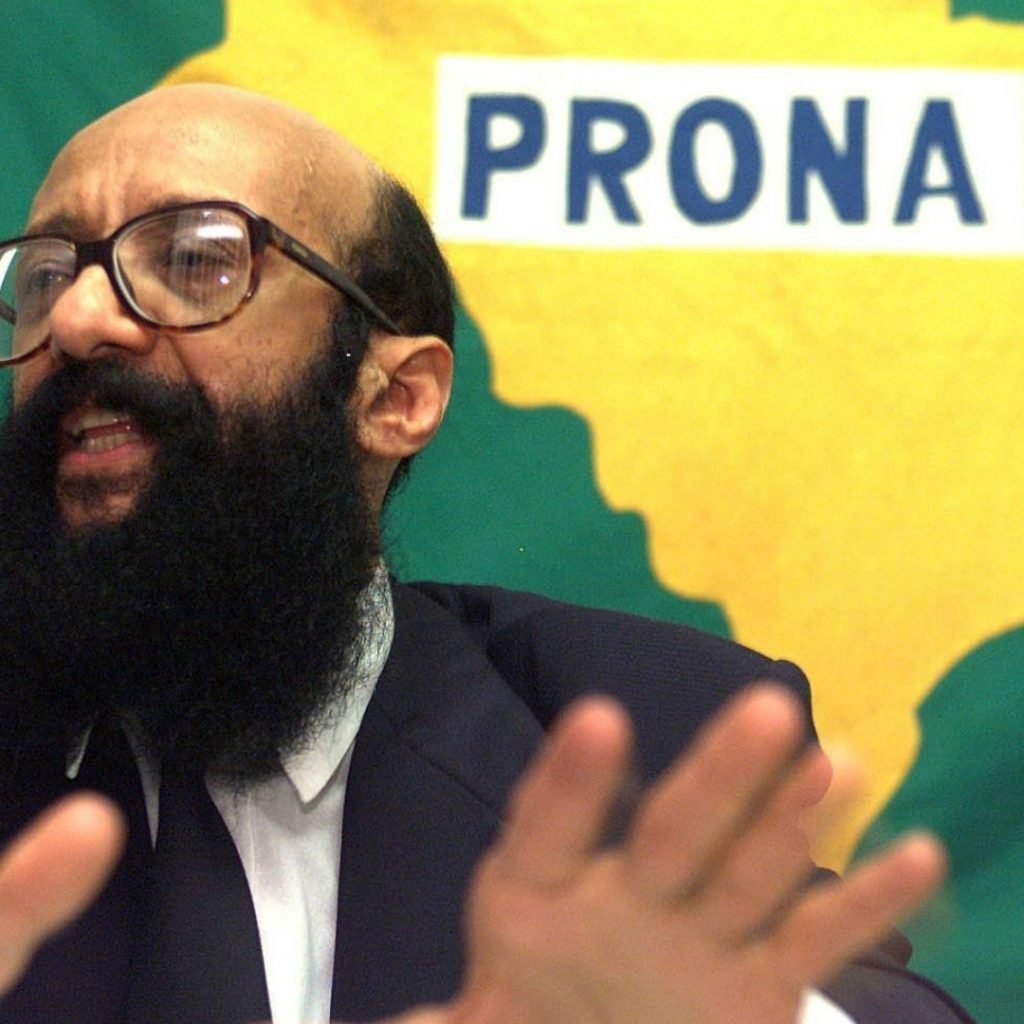 Running on a campaign of  fascist integralista talking points, Eneas came in 3rd in the 1994 presidential elections. Congressman Jair Bolsonaro was an admirer

An example of a more moderately conservative, nationalist politician would be former Vice President Jose Alencar. Fernando Henrique Cardoso is an example of a leader who made a name for himself academically as a nationalist then said, “disregard everything I’ve ever written” after taking office and transformed into an entreguista.

It seems easy enough to use these categories to describe the potential candidates in this year’s elections. Jair Bolsonaro is clearly entreguista, not just because of his cozy relationship with the US military but through economic moves such as selling off Brazil’s largest public gas station chain to the US hedge fund BlackRock.

The entreguista Sergio Moro worked closely with the United States Department of Justice to destroy Odebrecht and four other of the biggest competitors to politically-connected US engineering firms like Halliburton, instead of treating them as too big to fail. Working closely with the DOJ, he broke the law to help put the most entreguista President of all times in power, then, in a clear case of conflict of interest, accepted a cabinet position in his entreguista government. Shortly afterwards, he accompanied his entreguista boss on the first visit to CIA headquarters ever conducted by a Brazilian President. 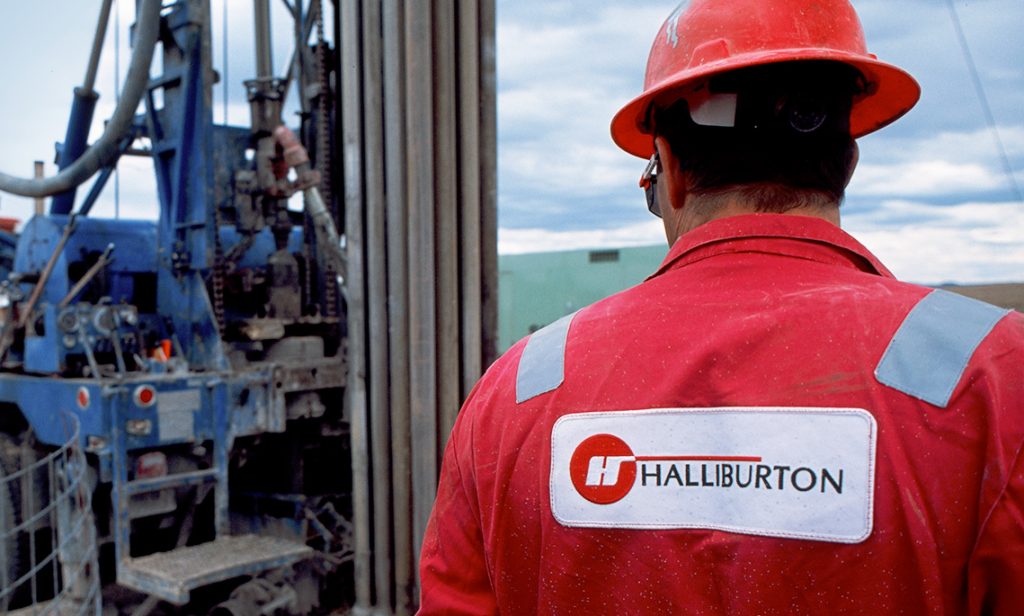 After the coup: A Halliburton worker on a Rio de Janeiro oil platform

As President Jose Sarney’s Minister of Tourism, João Doria marketed Brazil as a sex tourism destination, offering his fellow citizens up for exploitation by the imperialist northern bourgeoisie. As mayor of Sao Paulo, he tried to privatize everything – even Ipirapuera park. It is clear that under his rule, Brazil’s post 2016 opening to parasitic foreign exploitation of natural resources at the expense of its own population will continue. 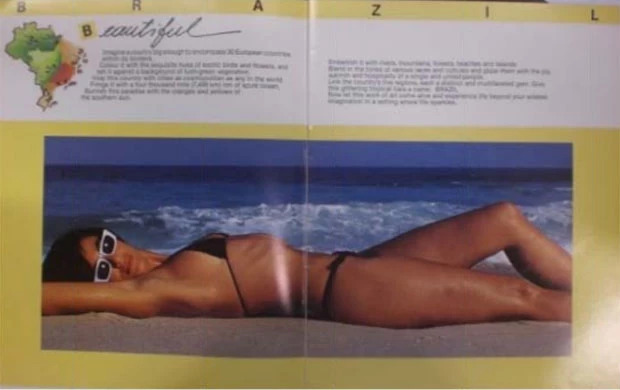 Ciro Gomes is running on a platform of nationalism, including promising to re-nationalize Petrobras. Although he has switched political parties 5 times – a warning sign of opportunism – his campaign promises seem consistent with actions and positions taken during his long career as a keynesian technocrat. 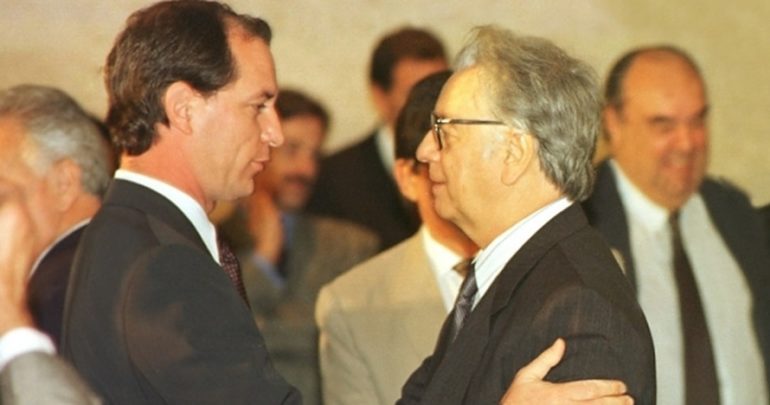 For a 4-month period in 1994, while member of the PSDB party, Ciro Gomes served as Minister of the Economy in the center-right Itamar Franco administration

Lula has proven that he is a nationalist through his actions as President, including working with Hugo Chavez to defeat the FTAA, creating the BRICS, refusing to enter Bush’s war in Iraq, and prioritization of multi-polar relations over bilateral deals with imperialist powers.

The line is drawn. Who are you going to support this year, a nationalist or an entreguista?

This article originally appeared in Portuguese in the 2021 year’s end special of the Brazilian print news magazine Carta Capital with the headline, Uma Escolha Muito Facil, and was translated to English by the author.