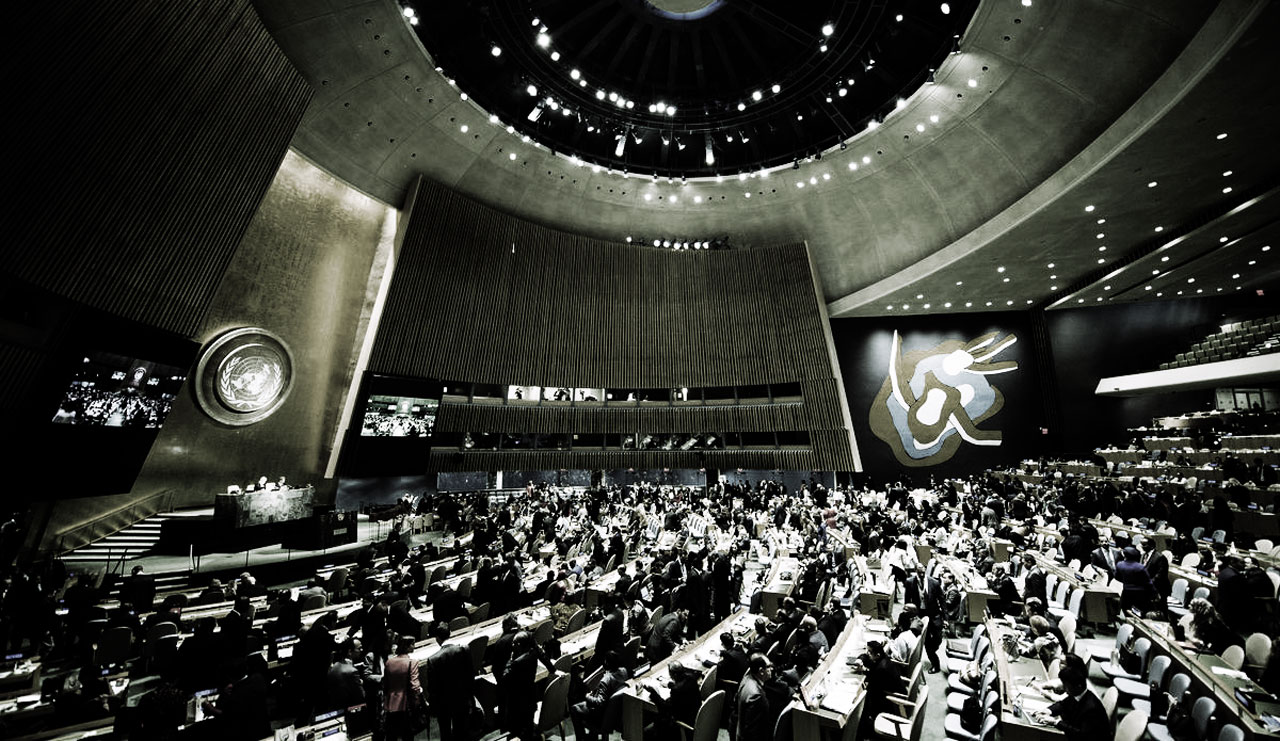 New York City – U.N. Secretary General Antonio Guterres should formally censure the extremist right-wing Brazilian President Jair Bolsonaro, a broad coalition of civil society organizations and concerned individuals from various sectors of the academy, business, and government, said today in a letter signed by a dozen organizations of civil society activists, indigenous peoples of Brazil, and NGOs of Brazil and the United States. Bolsonaro is set to open the 74th General Assembly of the U.N. as it is tradition for Brazil’s president to address the Assembly with the opening speech every September.

The full text of the letter is available here

Bolsonaro’s policies and pronouncements have led to a surge of arson in the Amazon rainforest, as well as the assault on indigenous territories and protected areas. These policies include non-enforcement of existing environmental protections, evisceration of the governmental bodies tasked with environmental enforcement, systematic attempts to weaken environmental laws and protections of indigenous territories, and installation of Ministers who are representatives of the economic interests destroying the rainforest.  On August 27th the NY Times published that Bolsonaro ‘angrily” rejected the offer of more than $22 million offered by the G7 countries to help control the Amazon fires, and therefore prevent further destruction and the death of animals and people who depend upon the forest resources.

Bolsonaro’s statements and actions attacking indigenous rights and territories earlier this year triggered a petition that garnered thousands of signatures by indigenous groups. It was delivered to the Permanent Mission of Brazil to the U.N. by indigenous leader of APIB Sonia Guajajara on April 23rd, 2019. Brazil’s indigenous peoples were then, and are now under increasing threat by the Bolsonaro regime’s devastating assaults on social and environmental protections.

Bolsonaro’s racist, anti-LGBTQ, misogynist comments and his climate-change denial are widely known. Most recently, on September 4, the Brazilian President publicly attacked the U.N. High Commissioner of Human Rights, Michele Bachelet. He complimented the brutal Pinochet military regime in Chile while making inflamatory references to the torture that Bachelet’s father suffered, which caused his subsequent death.

According to the organizers, “The release of this letter is a key component of the groups’ series of protests, which started on August 24, with a rally at Bryant Park, followed by a march to the United Nations Headquarters on First Avenue in Manhattan, New York. Since then, we have sent clear messages to the United Nations, a world’s stage, that Bolsonaro is not welcome in NYC. Enough is enough. It is outrageous that he might set the tone of the General Assembly, during Climate Action Summit week,  and followed by Donald Trump, another leader disrespecting the Paris Agreement, while at the same time dozens of the highest indigenous leaders are meeting to protect the environment, which is their homes, and hundreds of youth leaders are meeting and advocating for a future”, says Natalia de Campos, from the Defend Democracy in Brazil committee.

A calendar of upcoming protests and related events follows, culminating with a major march called by Rise and Resist NYC, on September 23, at 5:30 PM. Many groups will protest the Trump speech at the U.N., which follows Bolsonaro’s. The #CancelBolsonaro contingent will open with a call to “Act for the Amazon”. In addition to the events and petition, organizations will continue to sign up to endorse the released letter (via email, below).

In May 2019, #CancelBolsonaro coalition, which includes many of the groups who are signatories of the letter to the Secretary-General mobilized over 14-days of protests and two petitions that garnered 110 thousand signatures in total. They were echoed by NYC Mayor Bill de Blasio, among others. As a result, Bolsonaro cancelled his attendance to an award event on account of growing protests.

The demonstrations and events organised in support of this action are as follows:

– Sept 13th Friday – 11am to 1pm -Action with the Youth of Fridays for Future at the United Nations Headquarters (30-day Deadline of Extinction Rebellion to Bolsonaro, following action on August 13 at the Brazilian Consulate) –

– Sept 17th Tuesday – Teach in : ‘Why #Cancel Bolsonaro?”‘ at Occupy Reawaken at Zuccotti Park – 12pm, time to be confirmed at www.defenddemocracyinbrazil.org/news

A supporting petition can be found here.