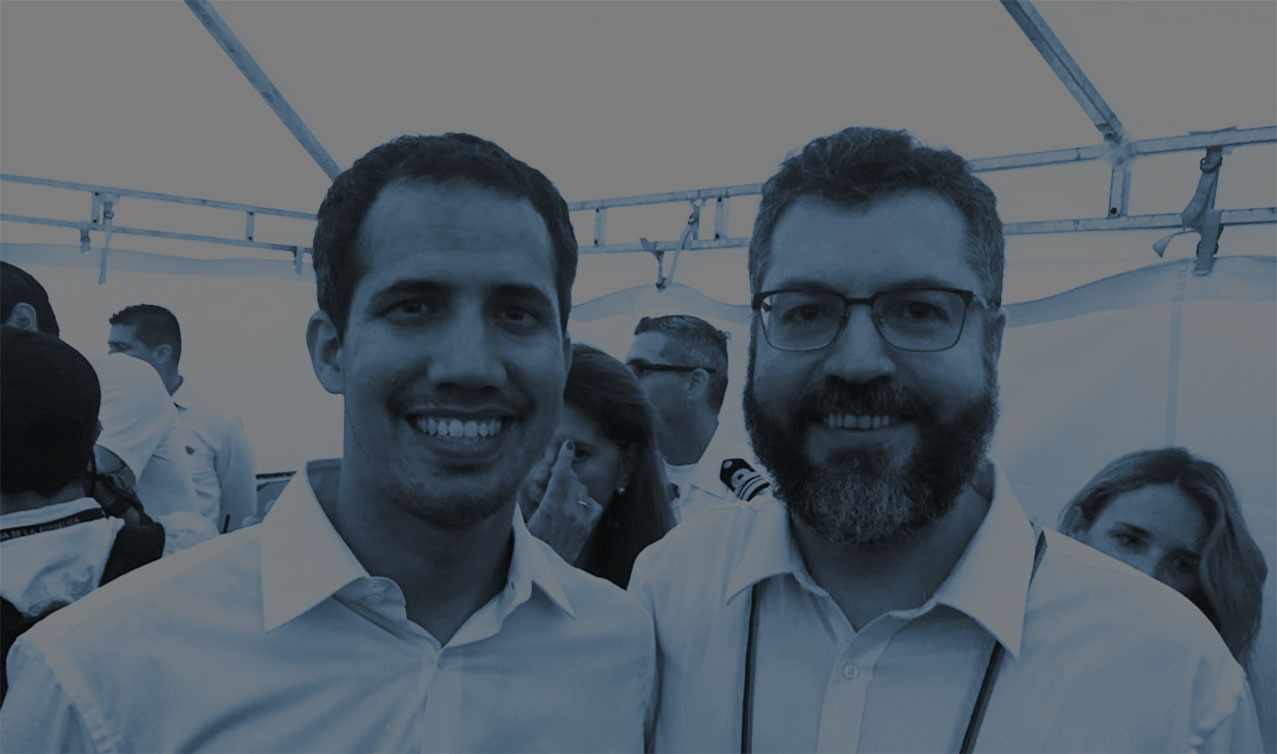 Generals Santa Cruz and Augusto Heleno warn US is trying to use Brazil as bait to trigger conflict in Venezuela and serve as a buffer during a military intervention.

After pretending that the relatively unknown opposition lawmaker Juan Guaido was the legitimate president of Venezuela failed, the Trump administration engaged in a second coup attempt in Venezuela on Saturday, February 23rd. After a week of threats, with US troops and a bitter Mike Pence nearing the Colombian border, Venezuelan hired guns lit their own aid trucks on fire and blamed the Maduro government. It was a massive PR stunt and papers like the Guardian and WAPO lied to their readers about everything from the size of Richard Branson’s bogus coup-aid concert, to the origins of attacks on US food trucks. In an intelligence gaffe reminiscent of the Iraqi war days, the US seems to have overestimated the level of support for Guaido among both civilians and the military. The anticipated outpouring of popular support to facilitate the entrance of Trump’s energy biscuits to the nation never materialized. In the aftermath, a flummoxed looking Guiado appeared on  TV in Colombia begging the Americans to bomb the country he just fled. Meanwhile, there were rumblings on the border with Brazil.

A pro-cameraman friend working as a freelancer for an oil-billionaire-owned media company was up on Brazil’s border filming a small group of angry-looking Venezuelans throwing rocks at the guards. As he posted photos and commented about them in the social media, the Brazilian aid caravan arrived on the scene, consisting of two flat bed pickups with a few hundred kilos of powdered milk. Too small to light on fire, the confused mob continued to throw rocks. I asked my friend if he thought this was all a PR stunt. “It is definitely a PR stunt, but people are also going hungry in Venezuela,” he answered. In country where millions of people have descended into hunger since the 2016 coup, the best “humanitarian” gesture that President Bolsonaro could come up with was 2 pickup trucks. It did not appear to be a very wholehearted attempt to give the support that he had pledged to John Bolton, after saluting him at a lousy breakfast/photo op in late 2018. Hearing about the shipment, Nicolas Maduro immediately offered to pay for it. Why couldn’t Bolsonaro muster at least one semi-truck to provide a decent photo op for Trump’s media allies? What was really going on?

According to Folha de São Paulo, as Trump’s ultimatum approached, Bolsonaro’s governing consensus broke. House leader Rodrigo Maia, Senate leader Davi Alcolumbre, Supreme Court Minister Dias Toffoli, cabinet ministers and a group of military generals met with the President to deliberate whether the Brazilian government should support US attempt to depose Venezuelan President Nicolas Maduro. Despite Bolsonaro‘s promise to not allow US troops to enter Venezuela from the Brazilian border, they were unable to establish consensus on support for Trump’s publicity stunt, with Rodrigo Maia siding with the Generals opposing the idea.

Without totally ruling out a future intervention, Generals Santos Cruz and Augusto Heleno warned that the US government was trying to use the Brazilian military as bait to trigger armed conflict, and serve as a buffer between US and Venezuelan troops. Bolsonaro’s civilian ministers of Foreign Relations and Defense, along with Senate President Davi Alcolumbre supported engaging in the “humanitarian” exercise. The result of the impasse was a  compromise: two pickup trucks full of powdered milk on the border and a handful of people throwing stones for the photographers.

Then, arriving in a meeting of Mike Pence’s Lima Group on February 25th, Brazilian Vice President, General Hamilton Mourão announced that Brazil’s military is not going to intervene in Venezuela. “We believe in diplomatic and economic pressure as the best way to reach a solution,” he said, “without adventurism.”

Brazil has not engaged in a war against any of its South American neighbors in 149 years. As the generals break from Bolsnoaro on the issue of Venezuela, many are beginning to ask who is really running Brazil?