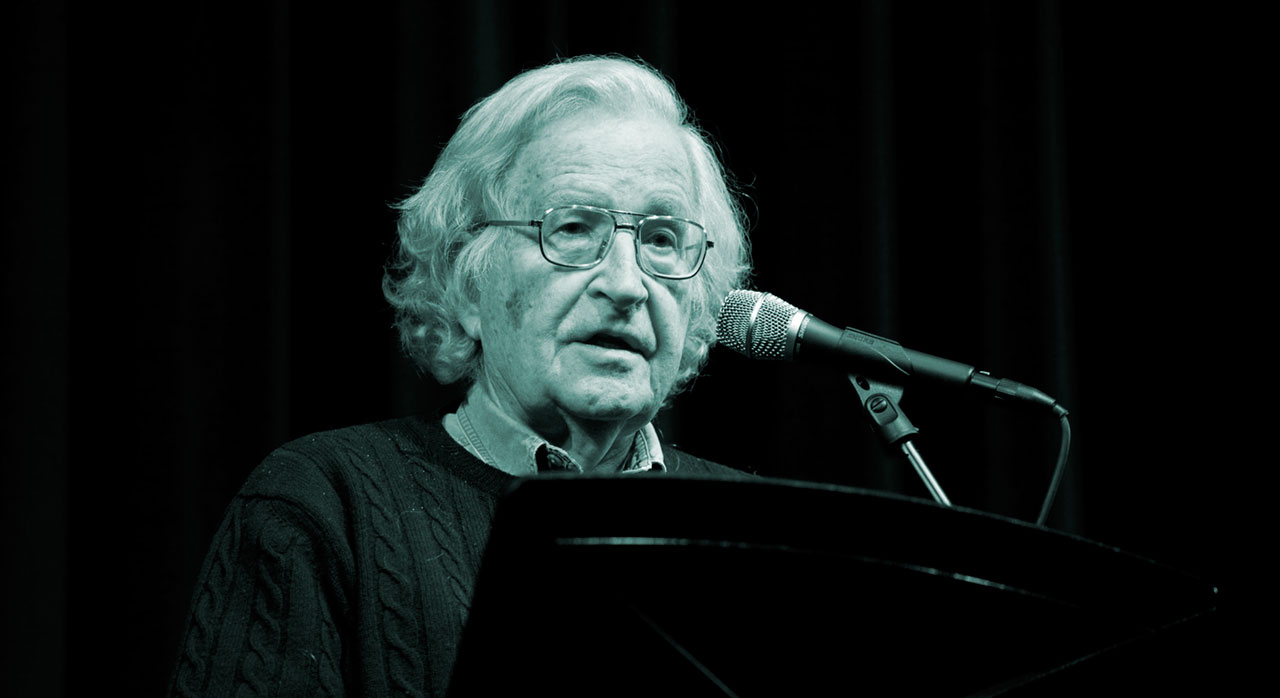 US linguist, philosopher, cognitive scientist, historian, political activist, and social critic, Noam Chomsky, has recently spoken out on the role of tech giants Google and Facebook in the manipulation of democratic elections, drawing parallels between recent outcomes in Germany and in Brazil.

Chomsky described the patterns of manipulation and fraud around Brazil’s 2018 election, in particular the use of Facebook’s WhatsApp messaging platform to disseminate propaganda in an election which saw neo-fascist Jair Bolsonaro take power, and he identified these techniques used as a possible sign of things to come in the global north.

(Brasil Wire first wrote about this specific threat to the integrity of country’s democratic institutions in March 2015, three years before the Cambridge Analytica scandal broke).

“Their (AfD) background is neo-nazi, their actual policies are harsh, brutal, xenophobic, anti-immigrant, anti-worker…it’s a neo-fascist party. A media company in the United States, a Texas-based company which works for Trump, for Marine Le Pen, Netanyahu, other far right figures, got together with the Berlin office of Facebook which agreed to give them detailed demographic information about the voting population in Germany, of course they have this mass of information, so that they could microtarget ads to particular individuals, playing on their prejudices and concerns in order to try and get them to vote for AfD. We don’t have a detailed study of what happened, but in fact the AfD vote went surprisingly high.

There is a much more serious one in Brazil. In Brazil, a really horrendous figure, the worst of all the authoritarian figures now plaguing the world, did succeed in getting elected. One of the means was by imprisoning the likely victor Lula da Silva – who was far ahead in the polls – imprisoning him for 25 years, essentially a death sentence; solitary confinement, not allowed to get print material, not allowed to make public statements, to try to silence him before the polls.

The next move was a massive campaign on social media, WhatsApp, which is it for most of the population, the poor population – they have phones, they don’t read newspapers, don’t have television….an incredible campaign of venomous lies and villification. It’s hard to believe when you see it, but it had an impact. People over there say that yes, people started to believe it; that the opposition, the Workers Party, was going to force children to be homosexuals, attack religion, all sorts of hideous things. And it had an effect, it was well funded, sources were probably here (United States) but we can’t be sure, and it may be a kind of dry run for what we will be seeing in future elections. Now those are things to be concerned about.“