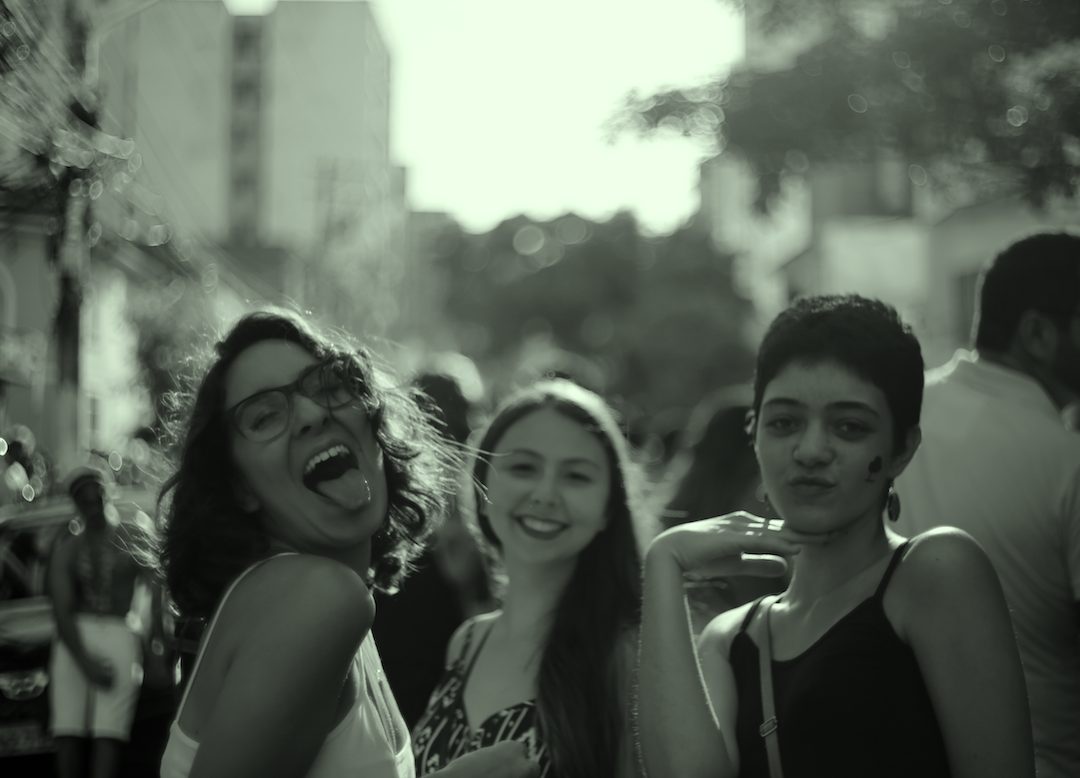 Why is it that everything that happens in Brasil seems to be reported like an existential threat & why do foreign outlets so often get it so wrong?

Here’s some examples from the past few years. (Ironically most of them received more media attention than the recent environmental catastrophe in Minas Gerais).

Happens every year – in 2013 a deadly nightclub fire in Rio Grande do Sul prompted suggestions of cancellation, in 2014 it was the turn of Black Bloc protesters, and in 2015 the water shortage would surely put an end to the party. In 2016 recession is the culprit, and actual cancellation of Carnaval is being reported as fact.

As most visitors to Brasil in Carnaval-season know, the often expensive official parades are only the finale to two weeks of street festivities – where Carnaval is accessible to all – but in 2016 as a result of budgetary cuts resulting from austerity measures, 48 cash-strapped municipalities have indeed scaled back budgets for their formal celebrations, with a handful cancelling their parade altogether.

For some balance, 410,000 showed on the streets of São Paulo alone last weekend for “Pre-Carnaval”, with the party not even started.

To paraphrase: “You can’t cancel an idea.”, austerity or no austerity.

Many believe bringing the tournament was a mistake, and there have been both good & ill effects regarding housing & infrastructure. However, few didn’t support the bid a decade ago, nor did they resist taking full advantage of the party when it arrived.

“And so it begins…” – Based on misconceptions about what had happened in June 2013, media commentators imagined that there would be mass protests against the Fifa World Cup 2014 tournament. The point they all missed was that the Fifa Confederations cup a year earlier, which coincided with the biggest street protests the country had seen in a generation, was not their principal target, as articles like this claimed.

So certain were most foreign journalists of this happening that small groups of protesters, sometimes in single digits, were amplified, and regular industrial action such as public sector strikes occurring at that time were folded into them. Such was the certainty that some even reported phantom mass protests (and riots) during the World Cup using images from a year prior. At one point so grave was media perception that some advocated moving the tournament to the United States.

In the weeks ahead of the tournament there were various reports on the mood in the country, that Brazilians “didn’t care” about the World Cup, that they just weren’t feeling it, and it was therefore, doomed. Conversely there were also confident predictions that a Brasil loss in the cup would trigger violent riots, or alter the result of the coming elections. Media voices to the contrary were extremely rare.

None of this happened of course, and to be fair there were a few acknowledgments from the media that they got the World Cup wrong.

There were rumours that the city would be evacuated. Military Police were sent to the United States to be trained on how to deal with the inevitable unrest resulting from the water shortage, such as occurred in nearby Itu. One commentator even suggested that São Paulo’s water-less future would resemble “Mad Max”.

Despite a few months of record rainfall from late 2014, stories persisted which were predicated on the notion of an ongoing drought, before being washed away with arrival of the rainy season in November.

What did happen was a water rationing schedule put in place which favoured rich neighbourhoods, to the shame of water company SabeSP and the Sao Paulo State Government.

2015’s crisis was predicted long before. São Paulo has had several significant water shortages in the recent past, and will in the future, but its main water-related problem remains flooding.

CNN Expert – Zika will spread more slowly in the US “because we have electricity.”

Coverage of the Zika outbreak has seen some excellent and some sensationalist reporting which made it sound like Ebola. Despite an apparent pandemic spreading over 20 countries, Brasil was the focus of media attention. This article concerning erroneous statistics and over-diagnosis urged caution in how the situation was described.

Across Brasil, Dengue is more common, Chikungunya present, and Malaria more dangerous. If you are pregnant, all available precautions must be taken. If you’re not pregnant you have little to fear from Zika beyond flu-like symptoms (though there is a suggested link to Gullan Barre Syndrome). As things stand there have been less than 20 cases of Microcifaly with an actually confirmed link to the virus, all confined to the North East of the country. The situation is fluid however, and there is still much that scientists and doctors do not know.

What we do know however is that Zika isn’t and never was a “Brazilian Disease”.

In the Northern Hemisphere we call it a recession, if it continues, a depression. Yet when talking about Brasil, the Portuguese ‘crise’ is used to signify literal crisis or collapse.

Many are still asking where the crisis is, beyond economic indices – they would be shown the 3% GDP contraction, rising inflation or unemployment (the latter two still better than the 15 years ago), or for example to a management/budgetary crisis in the Rio de Janeiro health system which was conflated with the recession in reports which, to the casual observer, might have looked reminiscent of goods shortages in Venezuela.

Could the economy get worse? maybe, but the country has R$1.5tn in reserves, and holds approximately the same in US debt. There is no question of Brasil, the World’s 7th biggest economy, a continent-sized federal republic of 26 states and 200 million people, becoming a “Greece” or looking for IMF bailout, and no credible analyst is even suggesting that.

Against the narrative there were various more serious and damaging economic shocks to Brasil’s economy as recently as the late 1990s, but media consumers are led to believe the current GDP contraction alone signifies the worst economic conditions since the 1930s.

Opposition attempts to overthrow President Dilma Rousseff are ongoing, this much is true, in a very tiring story with various intertwined judicial, mediatic & parliamentary threads.

What was never going to happen, however, was a Military Coup.

(Update: Yes there was a Coup).

Around the 2002 elections, a Goldman Sachs analyst started a rating system called the “Lulameter” measuring fears about the catastrophic economic effects of Lula da Silva’s likely Presidency. These fears, and this Lulameter itself, had realtime effect on the market, which some believed could alter the election result.

It didn’t and Brasil went on to enjoy a period of the strongest socioeconomic progress in its history.

Lava Jato: “The Narrative Must Be Protected At All Costs”

Bolsonaro, Militias and Marielle Franco: What We Know

O Processo / The Trial – A Review