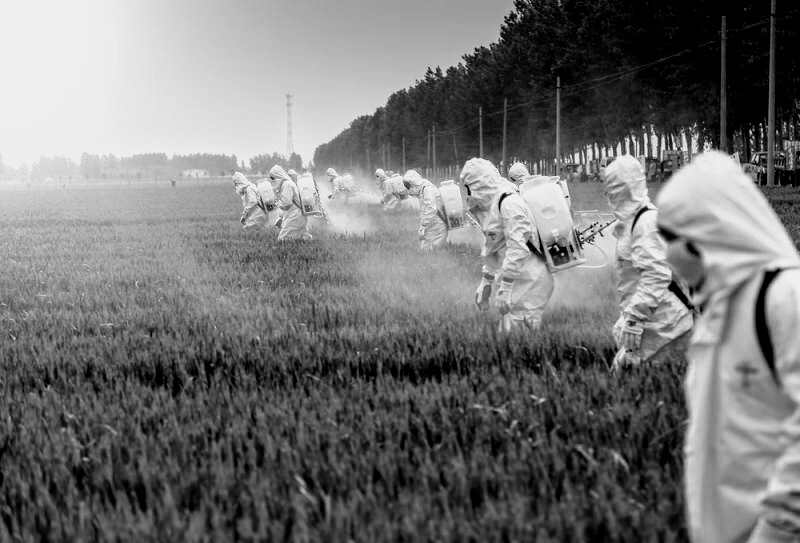 The use of 31 pesticides were approved by the Brazilian Agriculture Ministry on May 21. In all, the Federal Government has already approved use of 197 new pesticides since Jair Bolsonaro took office in January.

Among the 31 pesticides registered in May, 29 were approved based on technical equivalence, which means their active substances are the same as other chemicals already allowed in Brazil.

Three of them, however, are composed of glyphosate, a substance associated with cancer that has been the target of billion dollar lawsuits in the United States.

The number of pesticides approved in Brazil has steadily increased since the coup that ousted president Dilma Rousseff in 2016.

Whereas  139 new pesticides were registered during 2015, the number of approved substances grew to 450 in 2018.  This year, Bolsonaro  approved the use of  121 pesticides during his  first two months in office.

Brazil is one of the world’s top pesticide consuming countries.

Nilto Tatto, a federal congressman and member of the Workers’ Party, told Brasil de Fato that connections between the powerful farm caucus [known in Brazil as the Ruralistas] and the lobby that worked to depose president Rousseff were established to meet the demands of the agribusiness industry including easier approval of new pesticides.

After Jair Bolsonaro was elected, that relationship became even closer as the new president appointed Tereza Cristina, known as the “poison muse,” as his Agriculture minister.

Before being legally registered with the Agriculture Ministry, a pesticide has to be approved by the Brazilian Health Regulatory Agency (Anvisa) and the Brazilian environmental agency, Ibama.

Alan Tygel, from the Permanent Campaign Against Agrochemicals and for Life, says the cooperation between those agencies and between the agriculture and environment ministries and the agribusiness industry became stronger due to the Bolsonaro administration’s governmental restructuring.

This article has been reprinted from Brasil do Fato, was slightly edited for style, and can be read in its original form here