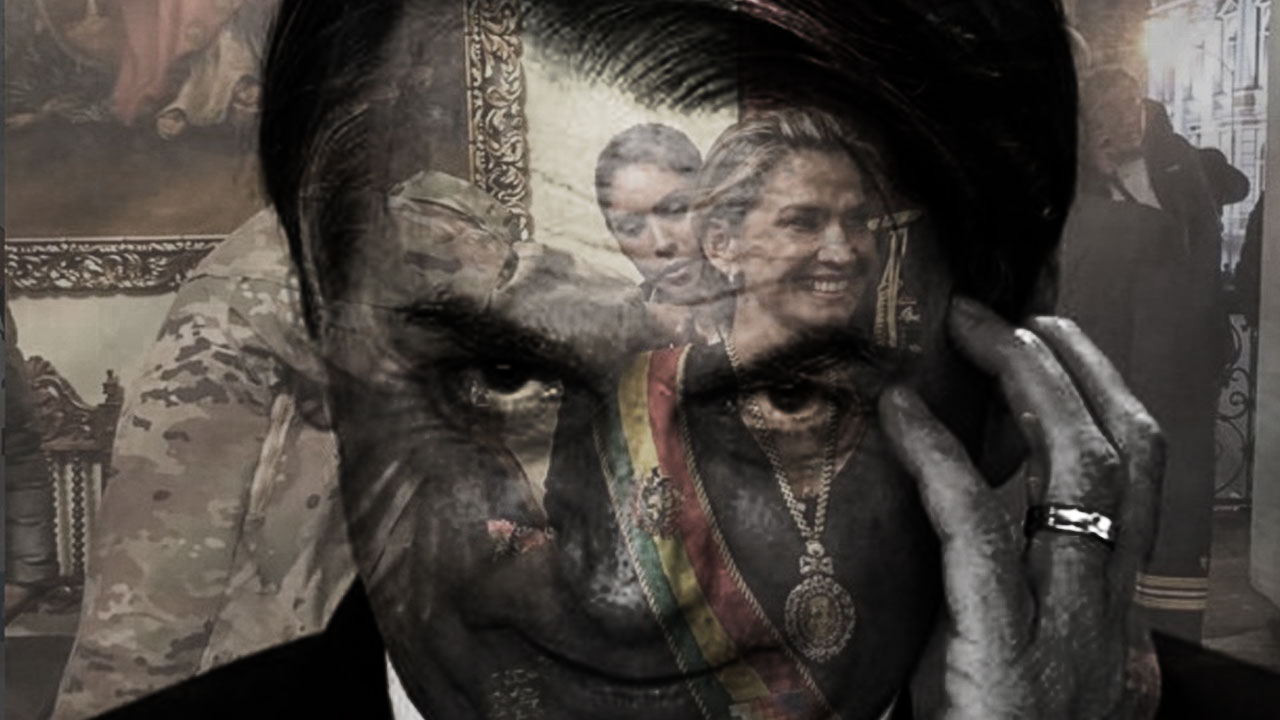 As Brasil Wire has reported, Bolsonaro and his allies played a behind the scenes role in Bolivia’s November 2019 coup. Liszt Vieira argues in Le Monde Diplomatique that the increasingly unpopular far-right president may base his own auto-coup on the Bolivia model in order to stay in power.

Vieira warns that beyond the risk of a U.S. Capitol style insurrection, the risk of something more like Bolivia, with the involvement of Military Police, militias, private security guards, and soldiers, should not be ignored.

President Bolsonaro presented to the Senate a request for impeachment against Minister Alexandre de Moraes of the Federal Supreme Court (STF). For most political analysts it was an absurd gesture, with no chance of prospering. Anyway, a shot in the foot. But I don’t think it’s a crazy psychopath gesture. It is worth remembering here the famous passage from Shakespeare’s tragedy Hamlet: there is a method to this madness.

Bolsonaro collapsed in opinion polls, fearing he would lose the re-election he never wanted and always sought to sabotage. When attacked, he usually responds with an offensive, in strictly military reasoning. These offensives are often absurd, meaningless, but they serve to put your opponents on the defensive.

At the moment, he feels attacked by the Covid-19 inquiry (CPI) and the STF and doesn’t hesitate to fight back, even with zero chance of success. With that, it aggravates the conflict between your government and the Judiciary, and also with the Legislative. After all, the newly appointed minister Ciro Nogueira, one of the powerful leaders of the Centrão, failed in his mission to act as a buffer for conflicts between the institutions.

Bolsonaro’s strategy is a coup d’état to implement a military dictatorship. Its tactic is to generate conflicts and disrupt the country, creating conditions for civil war and chaos, which would justify military intervention and dictatorship. This is the script he pursues. The impeachment request of minister Alexandre de Moraes is another chapter of this script, aiming to inflate his militancy for the coup demonstration on September 7th. The governor of São Paulo, João Dória (PSDB), removed the colonel from the Military Police, who called for this demonstration, attacking the STF. And the Forum of Governors, which met in Brasília on August 23, decided to ask for a meeting with the president to stop the crisis between the powers that be.

Bolsonaro has been losing important support, mainly from the market, as seen in the letter released on August 5th by important businessmen and economists, as well as in the interview of the former president of the Central Bank, Affonso Pastore, who told Estadão, on 19/ 8, that “Faria Lima’s euphoria ended, the business community woke up. The alarm went off so loud that I couldn’t stay asleep. Woke up and came out of the shell”. And the support of the Centrão, a guarantee of the government’s parliamentary majority, has its limits because the Centrão is not interested in a dictatorship, since its power depends on the democratic regime based on the current system of coalition presidentialism.

On the other hand, Bolsonaro has already lost undeniable support in the Judiciary. Many judges began to fear reprisals and punishments that would be imposed on him if Bolsonaro were victorious in his coup project, as happened in Poland and Hungary, according to journalist Maria Cristina Fernandes in her article “Bolsonaro Une Toga Contra” (Valor, 8/19 /2021). It can be said that the Judiciary, based on the initiative of the Superior Electoral Court (TSE) and the STF itself, left the inertia of verbal statements in defense of democracy to react with concrete actions against the president’s authoritarian decisions.

The democratic issue, the pandemic and inflation threaten the current government. Feeling cornered, Bolsonaro counterattacks with the initiatives coming from his insane mind. The weaker you feel, the more turmoil you will cause. But his field of possibilities is narrowing, given the reduction of his support base in the market – which, finally, assumed that Bolsonaro does not govern – and, perhaps, in the very military milieu that officially continues to give him formal support. It remains to be seen to what extent. Some government generals have already signaled support for the coup, using the euphemism of  “moderating power ” of the military, which does not exist in the Constitution.

Despite his limited room for manoeuvre, Bolsonaro will attempt a coup, no one doubts. Maybe he will try it this year. This would not be a classic, outside-in military coup. His expectation is that the military will be able to sit back in the event of an attempted coup by Military Police, militias, private security guards, soldiers, etc. It would be the Bolivian model of November 2019. In addition to the “Capitol risk”, it is good not to ignore the “Bolivia risk”.

The democratic movement will have to decipher and prevent the threat of a coup, acting at the institutional level and in street demonstrations, calling for Bolsonaro out and pressing for impeachment.

Liszt Vieira is a retired public defender. He was a political exile, state deputy in RJ, secretary of the Environment in RJ, president of the Jardim Botânico RJ, university professor. He is a lawyer with a doctorate in Sociology at IUPERJ.