We are not against Dilma, but we are against this methodology she is using to throw her government into the service of savage capitalism. – Luis Gonzaga “Gegê” da Silva.

In São Paulo several thousand activists closed off the Anhangabau tunnel and marched to the Caixa Economica federal mortgage bank headquarters. They blocked off the entrance to the bank and the road that passed in front of it, pitched dozens of tents and announced that they would camp out until they had an audience with the president. 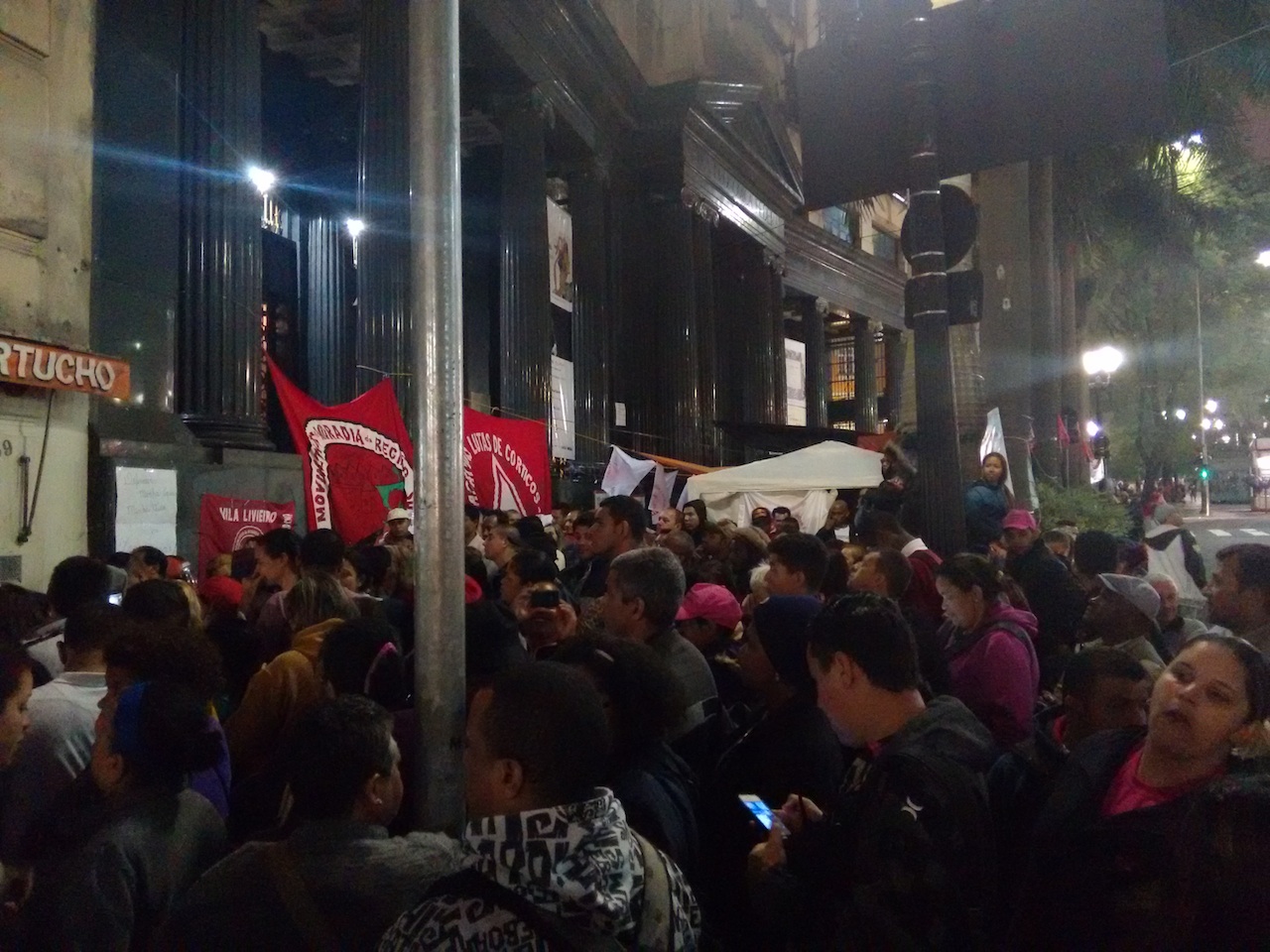 In Pernambuco, activists from the MTST (Homeless Workers Movement) occupied the Federal Finance Ministry’s state headquarters for two hours until 15 representatives were received by the directorate. During the meeting they demanded a reversal to the budget cuts. Lidia Bruno, from the Pernambuco MTST leadership said, “These cuts are going to hurt families who have been waiting for dignified housing for years. There are 80,000 families in Recife alone who don’t have housing.”

In Porto Alegre members of the social movements gathered in front of the Occupação Sarai squat and marched forwards, closing off Maua avenue during the morning rush hour and proceeding to the state Caixa Economica headquarters.  Beto Aguiar, national leader of the MNLM and one of the protest organizers said, “The  government has started cutting social spending. We have a responsibility to show the people what this means.” 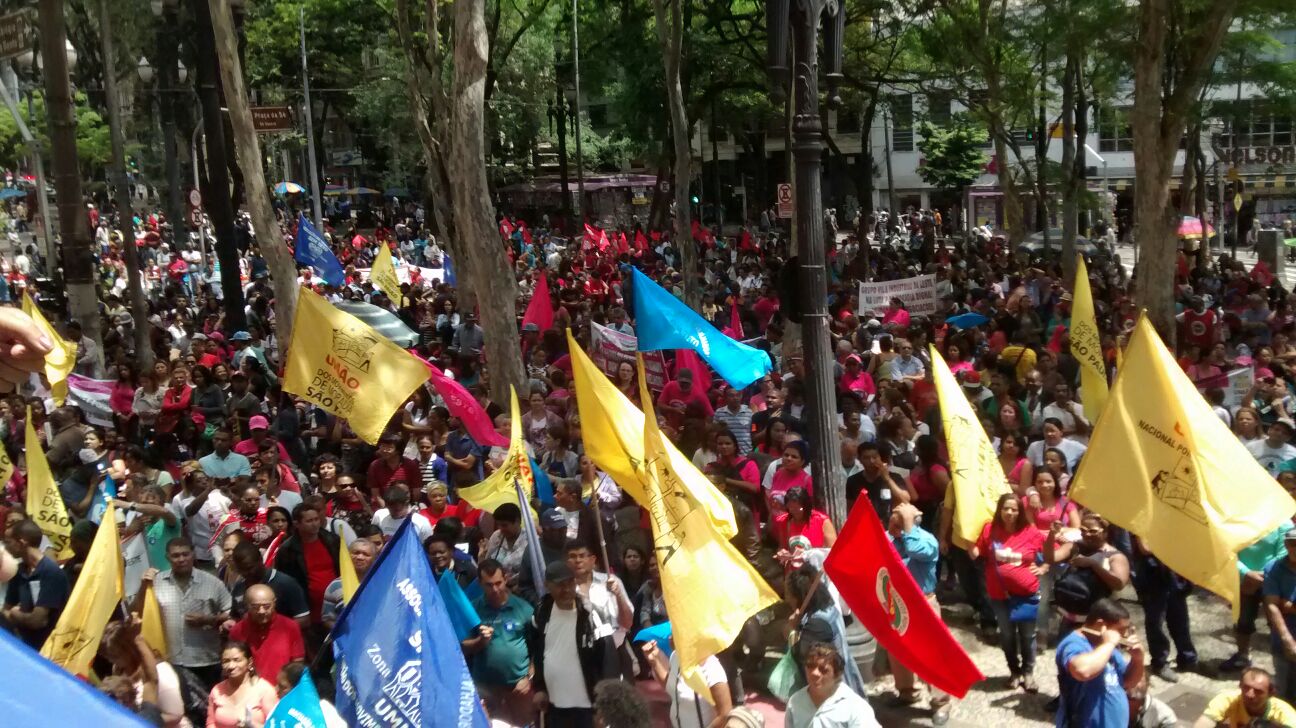 “We are on the streets in most of the Brazilian state capitals in defense of the right to dignified housing and a city for the people, not for merchandise.

We understand that at this moment it is fundamentally important to occupy the streets in favor of structural changes such as: creating a tax on large fortunes, political reform, communications reforms, agrarian reform, judiciary reform and the consolidation of public policies against the reversals caused by conservative forces including the government’s proposal for fiscal adjustments and cuts in social investment. We are against the current political economy and understand that the crisis can only be overcome by confronting the structural issues that perpetuate inequality in our country. Out with [new finance minister Joaquim] Levy and his neoliberal project!”

This nation-wide protest illustrates the complicated relationship between the social movements and the PT that is often misunderstood by middle class anglophone intellectuals and journalists.  Like labour unions, social movements tend to be more pragmatic than academics.  Just as most labour unions continue to support PT, despite its problems, due to the huge minimum wage increases that began months after Lula Inacio de Silva took office and Keynesian support for the manufacturing sector, the largest social movements continue to support PT because it gave into their demands more than any other political party. One example of this is the Minha Casa Minha Vida program. It was created in 2009 essentially to stimulate the construction industry but a sub program, called Minha Casa Minha Vida Entidades, subsidizes and provides technical support to the social movements for autonomous, self-managed construction of around 10,000 housing units per year.

Supporters of the PSOL party may talk about an anti-PT left, but the fact remains that 80% of their congressmen supported Dilma in the second round of last year’s presidential elections.  The PSOL which split off from the PT and received 7% of the vote in the 2006 presidential elections compared to 1.5% last year, is an important force in Rio de Janeiro but a non-factor in most of the rest of the country, having problems maintaining national unity and creating a strategy for governance.

There may be a future moment when the largest social movements and Union federations make a clean break from the PT. There is definitely a groundswell underway at the moment due to frustration with the austerity measures introduced by Dilma Rouseff, representing the first significant reversals after a decade of steadily increasing social spending. For now, however, the words of CMP leader Luis Gonzaga “Gegê” da Silva from on top of the sound car in front of the Caixa Economico headquarters in São Paulo yesterday epitomize the complicated relationship between the organized Brazilian left and the PT party: “We are not against Dilma, but we are against this methodology she is using to throw her government into the service of savage capitalism.” 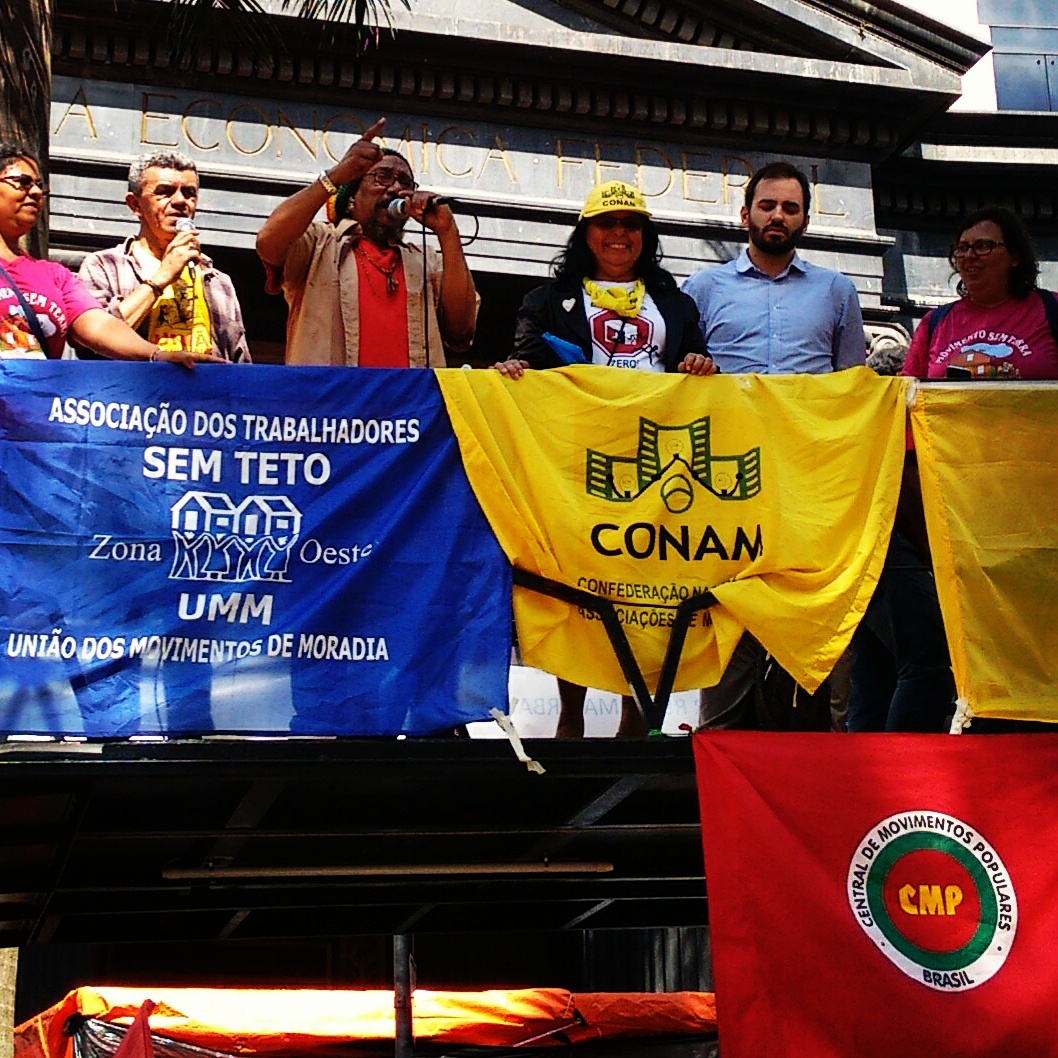 Gegê, national leader of the CMP