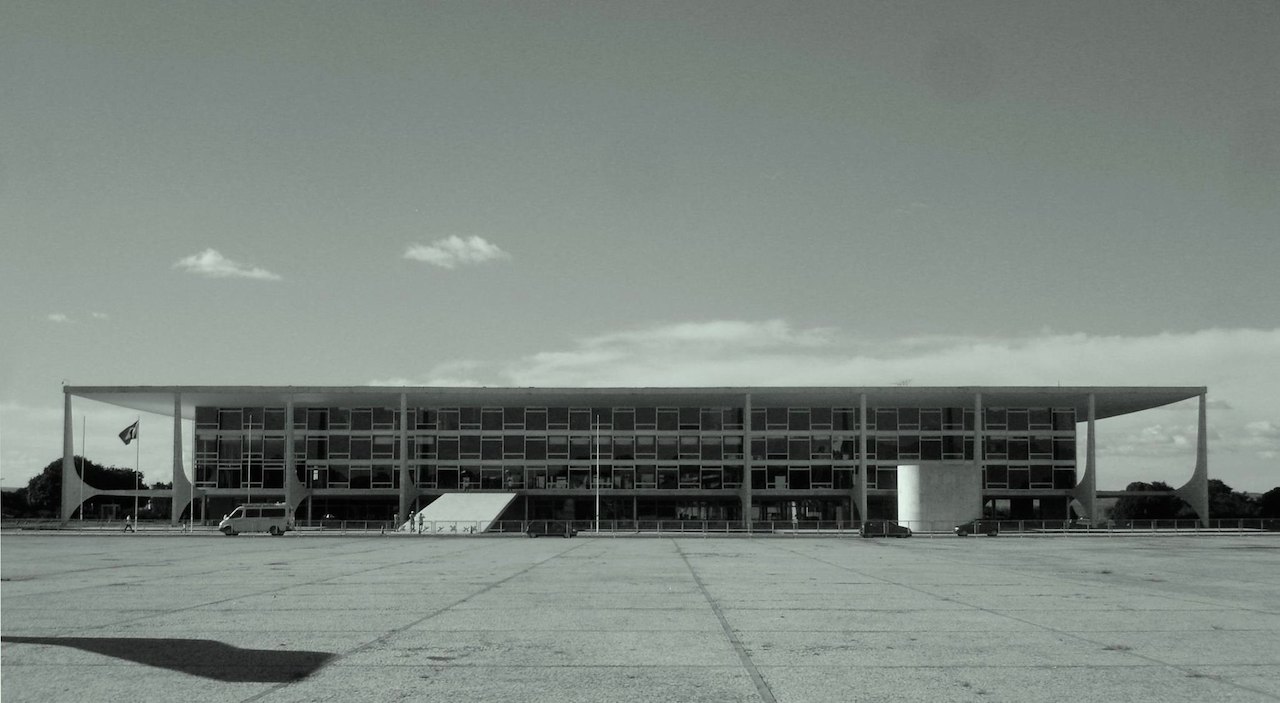 Neither is it the right angle, which attracts me, nor the straight line, hard, inflexible, made by men. What attracts me is the curve, free and sensual, the curve I find in the mountains of my country, in the winding course of its rivers, in the waves of the sea, in the body of the beloved woman. The universe is made out of curves – the curved universe of Einstein.

Brazil’s Modern Architecture – Elisabetta Andreoli & Adrian Forty, Comprehensive in its scope this an easy, but never lightweight introduction into one of the world’s great architectures.

Oscar Niemeyer, Curves of Irreverence – Styliane Philippou. Any discussion of Brazilian architecture is incomplete without addressing Niemeyer. A titan of 20th century architecture whose work spans four continents and eight decades. Philippou’s book covers Niemeyer’s entire career contextualising the master’s work within Brasil’s long and rich history. A fundamental book and one of the world’s most singular architects.

Lina Bo Bardi – Zeuler R. M. de A. Lima and Barry Bergdoll. The first extensive book on Bo Bardi’s work in English. An Italian by birth Bo Bardi became one of the most “Brazilian” architects of her generation; taking inspiration from the social conditions and urban realities of a rapidly modernising country, her work is poetic and monumental.

Modern Architecture in Brazil – Henrique E. Mindlin. This 1956 book was one of the first large scale books in the English language on Brazilian architecture and was published at the crest of the Golden Age in the 1950s. Still easy to find at reasonable prices second hand. Full of beautiful black and white photos and very pre-digital hand rendered images and models.

The Rise of Popular Modernist Architecture in Brazil – Fernando Luiz Lara. A compact and very readable book telling the story of how Modernism infused itself into the language of popular culture across social classes in Brasil.

Brazil Built: The Architecture of the Modern Movement in Brazil – Zilah Quezado Dekker. This book looks at the Golden Age of Brazilian Modernism within its historical context focused around the 1943 Brazil Builds exhibit at the Museum of Modern Art in New York.