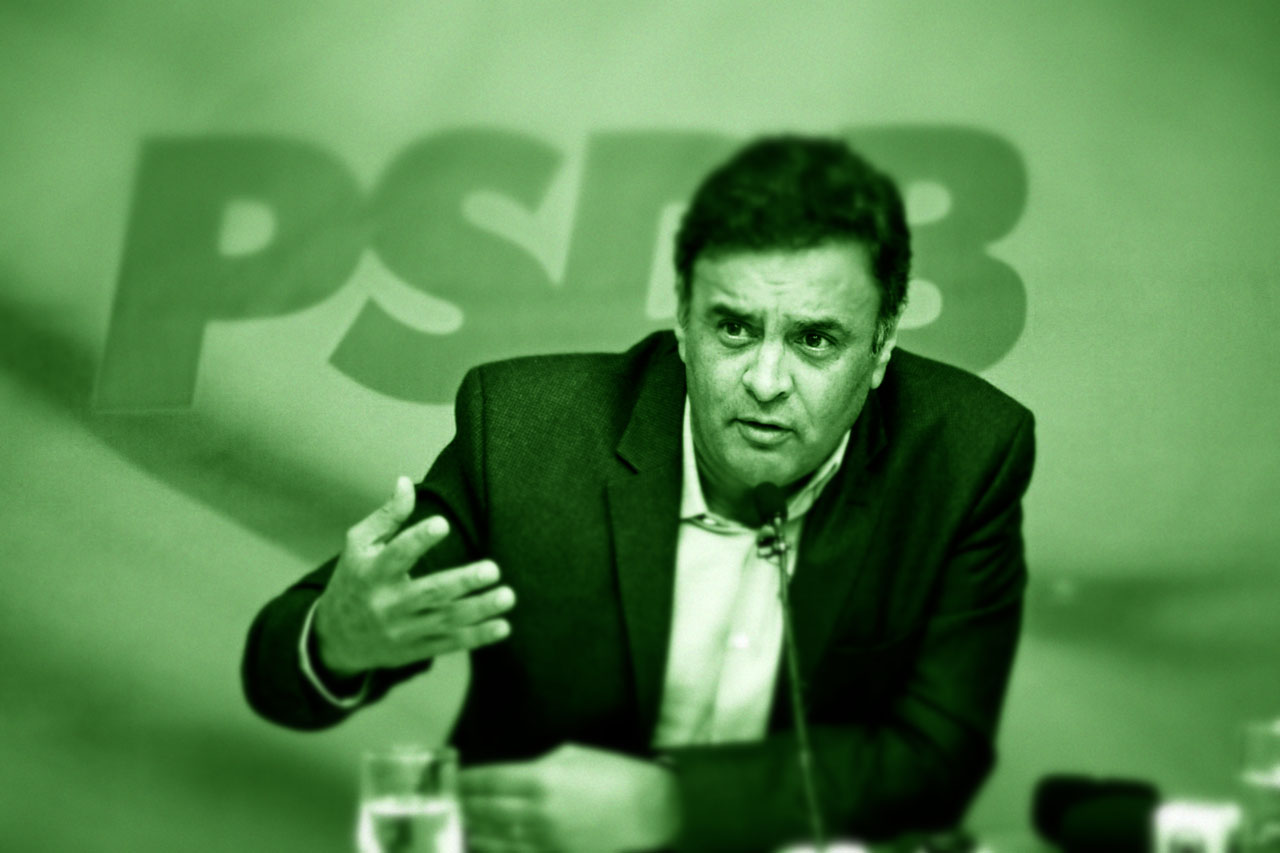 Aécio Neves, was first senator, then governor of the South Eastern state of Minas Gerais. His governorship of Minas Gerais was regarded as a success on some levels, although his Brazilian Social Democracy Party (PSDB) suffered a humiliating defeat in the 2014 governorship race in Minas to the Workers’ Party candidate Fernando Pimentel.

Aécio is the grandson of Tancredo Neves, the symbolic figure of the end to dictatorship. Tancredo Neves was elected president in an indirect election in 1985, the first semi-free elections since 1964, but then died suddenly before he could take office. Tancredo’s death demoralised a nation tired of more than 20 years of often brutal military rule. His death left deep scars marking the progress to the healthy democracy, stability & increasing prosperity which Brazil enjoys today.

Initially Neves was looking at a run off with the incumbent Workers’ Party President Dilma Rousseff, but the tragic death of Brazilian Socialist Party candidate Eduardo Campos in a private jet crash turned the campaign on it’s head. Neves’ was clearly the favoured candidate in Brasil’s national media, Folha de São Paulo for example granted Neves a weekly column, something they do not offer any senior Worker’s Party member and rightwing weekly Veja published a cover describing him as the “logical” choice. However, Neves’ popularity has never gone beyond his home state. He also hasn’t helped himself with a personal life that is often at odds with the rational managerial image that he wants to project to the Brazilian public.

Much of his support in the lead up to the election prior to Campos’ death and Marina Silva’s entry into the campaign was simply the “anyone but the Workers’ Party” voters that make up around 30% of the electorate. It was telling to see his support melt away in the face of the charismatic Silva. This was compounded by his weak campaigning and poor communication in advertising and debates. Neves is not an engaging speaker and rarely detailed his own manifesto beyond keeping the current administrations policies but doing them better. It was interesting to note that often the foreign press seemed to know more about Neves’ policy platform than he does, as a specific set of policies have yet to be issued at the time of writing.

Neves was eviscerated by leftwing candidate Luciana Genro of the Socialism and Freedom Party (PSOL) in one Presidential debate, asking him why he continually implied that the Workers’ Party were institutionally corrupt when his own party is ranked 3rd most corrupt party in the country and his home state Minas Gerais the most corrupt state in Brazil*.  One of the latest scandals to embroil Neves was the project to use public money to build an airport adjacent to land owned by members of his family.

Running neck and neck then overcoming Marina Silva for 2nd place in the 1st round, Neves/PSDB are seen as more competent in offering a similar economic platform but he has so far struggled to catalyse ever-present opposition to PT, and sentiment simply in favour of any governmental change, into personal support beyond his loyal constituency. If Marina Silva throws her support behind him in the 2nd round, as expected, it will be almost impossible to predict what % of them will jump with her, as given their history, PSDB will not be an easy sell to voters on the left.