In letter signed by 13 members of Congress, US Attorney General is asked to “describe the full extent of DOJ’s engagement with Judge Sergio Moro”.

On Tuesday, August 20,  13 members of US Congress delivered a letter to Attorney General William Barr demanding answers on possible illegal collusion and ethics violations made by the US Department of Justice in collaboration with the Lava Jato task force. In the letter they express concern that DOJ involvement in the investigation has destabilized Brazil’s Democracy.

The fact that the US Department of Justice has been a partner in the now-disgraced Lava Jato anti-corruption investigation since at least 2014, is matter of public record. So is the fact that, in ordering the paralyzation of Brazil’s 5 largest construction firms and sectors of its petroleum and shipbuilding industries in 2015, Lava Jato greatly exacerbated what, at the time, was a mild recession and destabilized the economy in the lead up to the 2016 coup. It is also a fact that the Judge Sérgio Moro broke the law and committed character assassination against President Dilma Rousseff and former President Lula on the eve of the coup, by illegally wiretapping their private phone conversation and leaking it to Globo television network. Finally, leaked Telegram conversations between former Judge Sérgio Moro and Lava Jato prosecutors revealed by the Intercept prove illegal collusion to target and arrest Lula when he was leading all polls for the 2018 presidential race specifically to prevent him from becoming President, opening the door for a victory for right wing extremist Jair Bolsonaro, who immediately rewarded Sérgio Moro with a cabinet position and started destroying the Amazon rainforest.

On August 20, 2019, a group of 13 US Democratic Congresspersons delivered a letter to Attorney General William Barr demanding answers, by September 30, 2019, on what role the US Department of Justice played, through its partnership with the Lava Jato task force, in destabilizing Brazilian democracy.

As the only English language publication which has been systematically writing about the US DOJ role in Lava Jato, we at Brasil Wire are happy to see these Members of Congress ask many of the questions which we have asking, in our writings, for the last few years.

The document can be read in its entirety below: 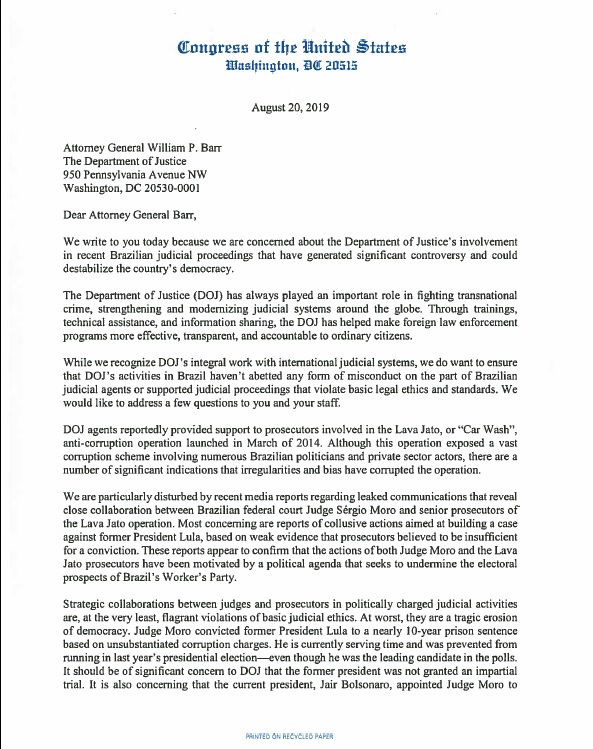 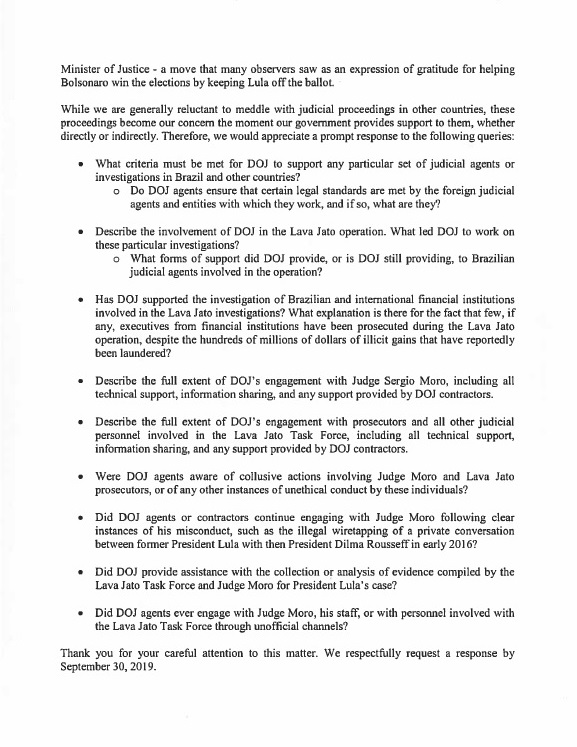 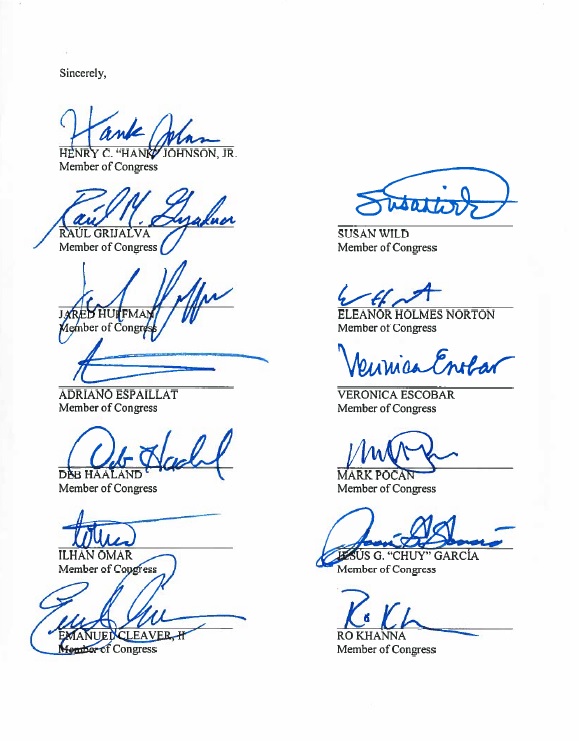