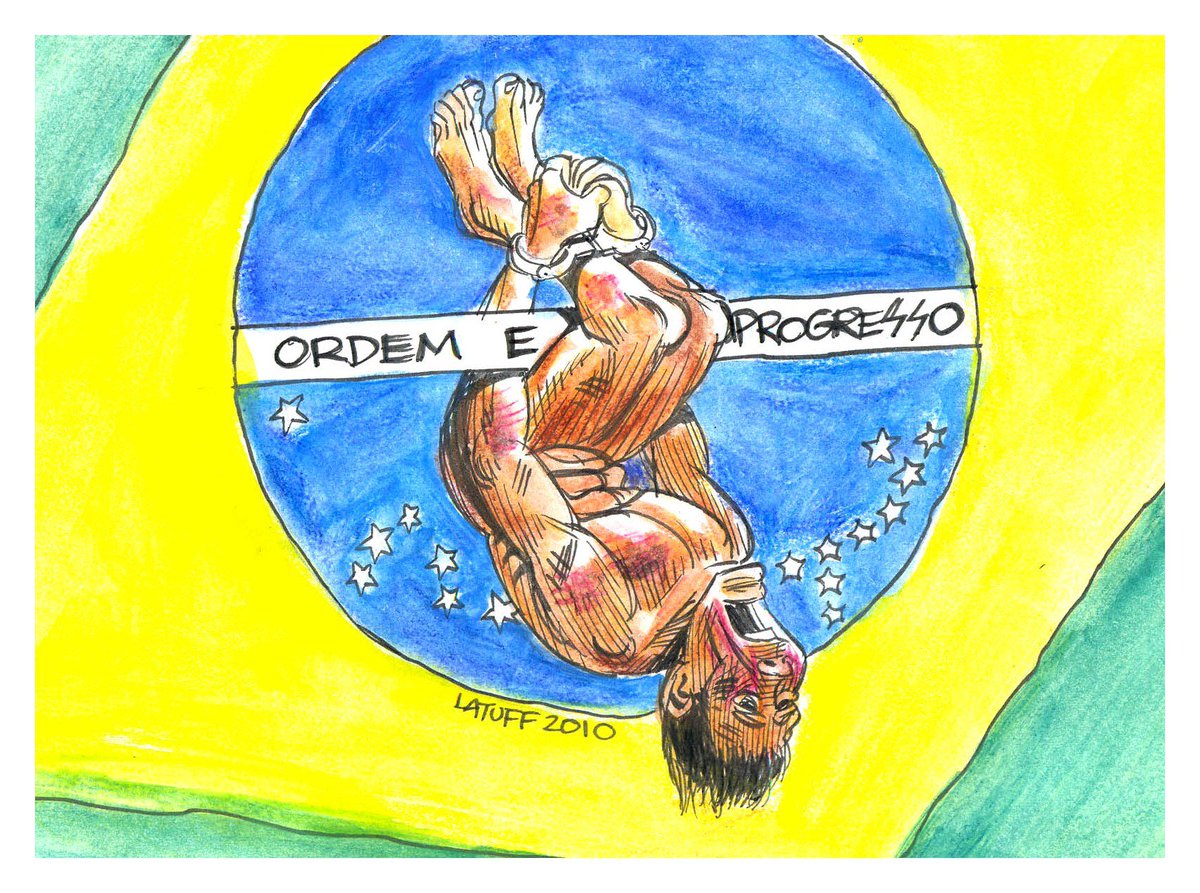 Never in my worst nightmares did I imagine Jair Bolsonaro would become President of Brazil. To me he was always just a bad joke – an evil folk character and B-level politician who would never rise to greater heights. Imagine my surprise and displeasure to see that millions of Brazilians would vote for this sad man to lead our country.

Never in my worst nightmares did I think there would be so many people in Brazil defending the military dictatorship, censorship and torture. I am a daughter of the re-democratization. I didn’t experience the years of lead as an adult. The winds that blew during my youth were those of democracy, freedom, elections and hope for the future. Now the opposite winds are blowing, with the shadow of the resurrection of the harshest military dictatorship era policies looming over us.

The dictatorship ended when I was 18. The Constitution was ratified when I was 21. At 22, I voted for President for the first time. The newspapers where I started working during the Fernando Collor years would often do stories about generals in pajamas blackmailing the nation from their barracks. I thought this was pure conspiracy theory. I was convinced that the page of the dictatorship had turned in our history books. How could anyone miss seeing people arrested and killed just for criticizing the government?

2019 was the year my worst nightmares came true. I saw the president applauded for making jokes about the “parrots perch” torture device. I saw his son threaten a return of the dictatorship’s notorious Institutional Act 5 [which institutionalized torture as a tool of the state], and two cabinet ministers publicly support it. I saw the president intimidate newspapers and journalists. I saw people parade down the street street dressed in the green of the 1930s integralist fascist movement. I saw the Justice Minister attack the Supreme Court. I saw the president gloat over the fact that the National Law Association (OAB) President’s father had been killed by the military junta. I saw the president give a score of “perfect 10” to the regime that tortured 20,000 people.

I saw record numbers of murders of indigenous leaders and a growing number of police killings. I saw innocent children, workers and teenagers murdered by the police. I saw the number of femicides increase. I saw the murder of a left-wing, black city councilor, Marielle Franco, reach the one year mark without resolution. I saw people mocking the crime and also saw evidence that her death is connected to the President and his family.

I saw a scientist persecuted for doing his job: analyzing satellite data on deforestation, which increased 84% over 2018. I saw the oil-soaked northeastern beaches and an incompetent environmental minister who preferred to blame it on Venezuela and Greenpeace, mimicking the strategy of his boss, who blamed environmental NGOs and Leonardo DiCaprio for the Amazon fires, whose prime suspects are land thieves connected to the international soy and beef supply chains.

As if this collapse of human and environmental rights was not enough, we also had a year in which the number of the poor continued to increase and we lost the right to a dignified retirement. We had a year in which the government manipulated statistics on the increase in informal labor activities like street peddling to present a drop in official unemployment numbers. This manipulation of statistics was denounced by the Financial Times, who revealed what everyone already knew – that the government was lying about GDP figures. After all, the other dictatorship did the same thing to announce that an “economic miracle” was underway during the 1970s.

Never in my worst nightmares did I think there were Brazilians who would support this horror. We have always been conservative, it’s true. But to openly support the military dictatorship? Honor torturers? Support the murder of Indians? It is hard to restrain the wave of disappointment and bitterness I feel about a significant portion of our own population. 30% of the population still supports Bolsonaro and what he represents, according to the polls. So one third of Brazilians are fascist? What a pity. Fascism is synonymous with backsliding and barbarism. No wonder we have this feeling that we are moving backwards.

Today, we are asking questions we did not, even in our worst nightmares, think we would ever ask again since the fall of the military dictatorship. Will we have elections in 2022? If we have them, will they be clean? Can we say what we want on social media networks or are we putting our lives at risk? Will we be persecuted for criticizing the president? Will they torture us, arrest us, kill us? Will they shut down Congress? Will newspaper articles have to be authorized by a censorship department again? Will there really be a new Institutional Act 5? Will we have to leave the country by the thousands? Who knows?

The year is ending and I confess my sadness and discouragement. I see no prospect of having a happy new year. I hold on to personal joys and suggest that you try to do the same. Surround yourself with love. Enjoy the company of your loved ones. Run away from social media networks whenever possible. Try to live life outside, feel the warmth of the sun, set your feet on the sand of the beach and exercise outdoors… Read more, see more movies, listen to music, go to the theater. Art is a fundamental part of resistance and it is no accident that it has been one of the main targets of right wing extremist savagery.

We need to strengthen our spirits because the dark times seem to be just beginning. This was just the first year…

This article was originally published in Socialista Morena, was translated by Brian Mier and can be seen in its original Portuguese here.