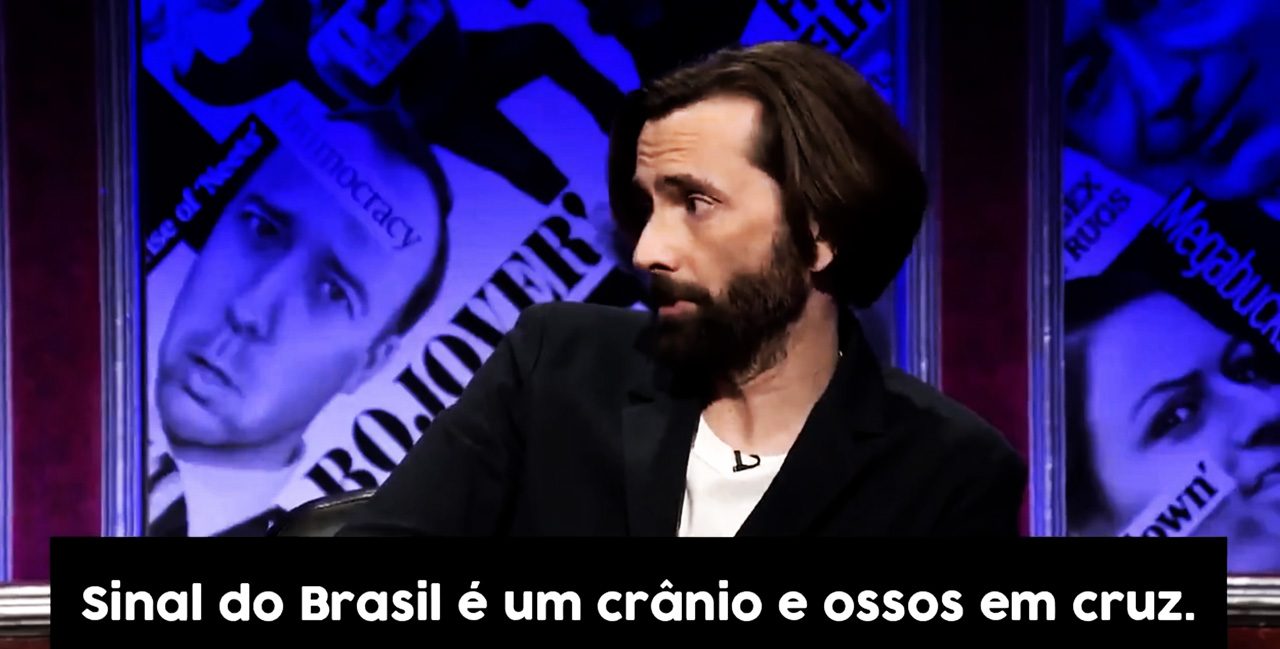 Have you got it yet? Joke about Brazilian Covid dead exposes attitudes at BBC

Why did BBC producers think joking about hundreds of thousands of Brazilian deaths was acceptable, and what does it tell us about legacy British attitudes toward Latin America?

British satirical news show Have I got news for you first aired in 1990 and has been a popular BBC 2 staple since. Following the exit of host Angus Deaton in 2002 the show switched to a format using guest presenters, which have included current UK prime minister Boris Johnson.

Johnson’s first appearances on HIGNFY were as a journalist in 1998 and 1999, but it was his appearance as guest presenter which is credited with turning him into a celebrity. Considered a rising star of the Conservative party at its lowest ebb, he was ridiculed by the contestants, yet something unexpected happened; the public found him likeable. Thus came the evolution of the London Mayor swinging union jacks from a high wire before the 2012 Olympics, a buffoonish public image which would eventually make him prime minister.

The manner of Johnson’s media emergence has parallels with Brazil and Jair Bolsonaro. In 2011, TV news satire show CQC began broadcasting interviews with the fringe far right congressman making outrageous and offensive statements. The makers of the show claim they set out to ridicule Bolsonaro by giving him a platform. But yet again, the public found him likeable. 7 years later he was elected president, via the jailing of his main opponent, with the support of Boris Johnson and the UK’s conservative government.

Freedom of information requests revealed undisclosed meetings between the UK government, British companies, far-right Bolsonaro, his family, and his allies, before he was even an official presidential candidate, and the relationship dates back as far as 2014. While these secret meetings were taking place, BBC news was promoting Bolsonaro’s neo-nazi supporters as “snappy dressing young conservatives who seek change”. The BBC also flatly denied the 2016 coup to remove Dilma Rousseff, from which Bolsonaro launched his presidental bid.

Put simply, the UK, and in particular the Tories, have more skin in the Brazilian game than most realise.

Allies Boris Johnson and Jair Bolsonaro share other likenesses. Their early approach to the Coronavirus pandemic were similar, albeit presented differently. The emphasis was on denial of the disease’s seriousness, on protecting the economy over public health, and specious “herd immunity” theories.

It was the arrival of vaccines which saw divergence in their approaches, with Johnson riding a wave of vaccine nationalism, whilst Bolsonaro made anti-vaccine statements to his supporters. This too has a UK connection. One of the companies classified documents revealed that the UK was lobbying Bolsonaro for before his election was AstraZeneca. For reasons unknown the only vaccine that the Bolsonaro regime was interested in for the duration of 2020 was the Oxford AstraZeneca product, provoking suspicions that the Anglo-Swedish company enjoyed some kind of exclusivity which could have resulted in tens of thousands of preventable deaths.

As recently as five years ago, Brazil led the world with vaccinations. Other available vaccines, even those being co-developed inside Brazil, were rejected or ignored by the Bolsonaro government, which baffled public health experts and politicians alike. It was also revealed that the US Government asked Brazil to refuse offers of Russia’s Sputnik V vaccine.

When BBC news recently interviewed centre-right São Paulo governor João Doria, Bolsonaro’s one time ally turned enemy, he argued that vaccination could’ve begun in October 2020 had the State’s own vaccine, co-developed with China not been obstructed. The BBC presenter suggested that Bolsonaro was perhaps trying to “protect people’s mental health” by refusing national lockdowns. Bolsonaro’s handling of the pandemic is more often than not reported as “mismanagement” or “failure to act”. Neither of these accurately convey the cold hearted intent behind Brazil’s catastrophe.

What is actually happening in Brazil is a Senate Inquiry into the Federal Government’s actions during the pandemic. It is wrong to understate the seriousness of this and how much Bolsonaro fears the consequences.

Researchers at the University of São Paulo published a study which found that his far-right, military dominated government had intentionally allowed, even encouraged the spread of the virus to deliver declared political goals, such as Amazonian land clearance, budgetary savings, and a climate of crisis that could benefit the president’s collapsing popularity. (Read more about this here).

Even before the pandemic he faced multiple accusations of crimes against humanity and genocide at the International Criminal Court in the Hague, and it is increasingly likely that he will face charges there once his catastrophic presidency ends on January 1 2023.

There has yet been no reporting on the BBC of the covert historical relationship between the UK Government and the Bolsonaro regime.

In recent times the BBC has been criticised for its increasing alignment with the Tory Government and its upper echelons have been loaded with Conservative Party loyalists.

On April 12, 2021, Have I got news for you featured actor David Tennant as presenter. Brazil had just past 354 thousand deaths from Covid-19, and was on course for 100 thousand lives lost for April month alone.

In December Brazil stopped all flights from Brazil because of the new more contagious UK strain. Since then travel between the UK and Brazil has been subject to special restrictions, and Brazil has been on the UK’s Red List for some months. Passengers from Brazil are currently required to quarantine at their own expense, making even essential travel to the UK impossible for all but the wealthiest Brazilian nationals residents.

The “joke” went as such: Tennant read out the UK’s “traffic light” system assessing Covid risk by country; Green for no restrictions; Amber for moderate restrictions; Red for countries requiring to quarantine in a government approved hotel.

Tennant’s punchline was to then add “skull and crossbones” for Brazil.

This certainly isn’t an argument about the parameters of what is acceptable in satirical comedy, nor is it about individuals. The presenter can blame the writers; the writers can blame the editors and producers. The show is built on controversy. A more pertinent question is why did programme makers deem it acceptable to joke about an ongoing mass death in Brazil, not least one which politicians and academics are publicly calling genocide and a crime against humanity?

The point is that it is unimaginable that the same joke would be made in reverse, on Brazilian TV, about the death toll in the UK, which just a few months ago was one of the worst places to be in the pandemic. It is also inconceivable that the BBC would allow jokes about mass deaths in another Western European or North American country, or of historical, let alone ongoing genocides.

So why is it that 365 thousand dead Brazilians were considered fair game? What other country’s pandemic tragedy has suffered such callousness?

If there is a comparable example from the BBC during this pandemic we would love to hear it.

The episode is at the very least a window to the legacy colonial thinking at the heart of the BBC, just as the state controlled broadcaster was facing criticism for its blanket coverage of notorious racist Prince Phillip’s death.

Chronicler of five centuries’ exploitation in Latin America, Eduardo Galeano, always said that that it was Brazil’s gold, in triangular trade between South America, Europe, and Africa – underwritten by slavery – which enabled the industrial revolution that announced Britain’s global hegemony.

Occasionally we see glimpses that the attitudes of the British establishment toward Brazil, Latin America, and its peoples have changed little since.