March 15th 2017 saw the biggest demonstrations yet against the Post-Coup Government of Michel Temer. Called a “Day of Paralysation & Mobilisation”, a rare general strike, with public transport frozen in many parts of Brazil, was combined with massive street protests across the country, which were not confined to major cities. Despite being midweek, an estimated total of one million people participated around the country.

As has come to be expected, there has been minimal or no coverage from Brazil hegemonic media, and almost zero internationally. While reversals to decades of advances in workers rights and living standards are depicted by mouthpieces of transnational capital such as the Economist as positive reforms, angry Brazilians on the streets were calling them a “return to slavery”. 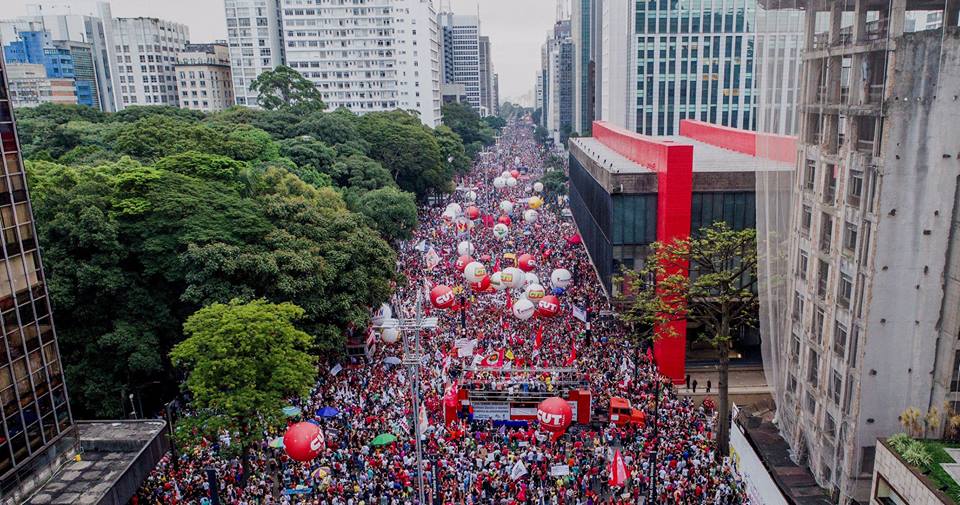 Called by Frente Brasil Popular and Povo Sem Medo, CUT Trade Union, various Social Movements and Left Parties, the strike closed Ports, Metros, Bus Terminals, Post Offices and Schools. It was the most significant show of resistance yet to the accelerated Neoliberal Programme that Brazil now faces, which includes an unprecedented 20 year constitutional freeze on public education and health spending and mass privatisations of resources and public patrimony.

Central to this programme is pension reform, something long demanded by the international markets, which will increase retirement age to beyond life expectancy for much of the population, and will equalise the retirement ages for women and men. What this will mean in effect, is only the wealthy will be able to afford to retire.

Put simply, should Temer’s proposals come into law, most Brazilians will die before reaching retirement.

The politicians pushing this through the legislature do so in the hope that the population will not understand that their rights are being taken away, and Temer’s PMDB have contracted right-wing pro-impeachment group MBL to try and convince an uninformed public that these and other cuts to their social security are essential to Brazil’s future.

In response, social movements put together this video, with narration by one of Brazil’s most well known actors Wagner Moura, to explain what the reforms mean to them.

At the biggest demonstration, in Sao Paulo, former President, and front runner in polls for the 2018 election, Lula da Silva spoke against the pension reforms and enforced austerity that Temer’s unelected Government is forcing through without the consent of the electorate.

Organisers and independent sources estimated around 200,000 attendees at the demonstration on Avenida Paulista. Pro-Coup TV Globo had claimed just two blocks of protesters, which was quickly debunked by photographic & video documentation. 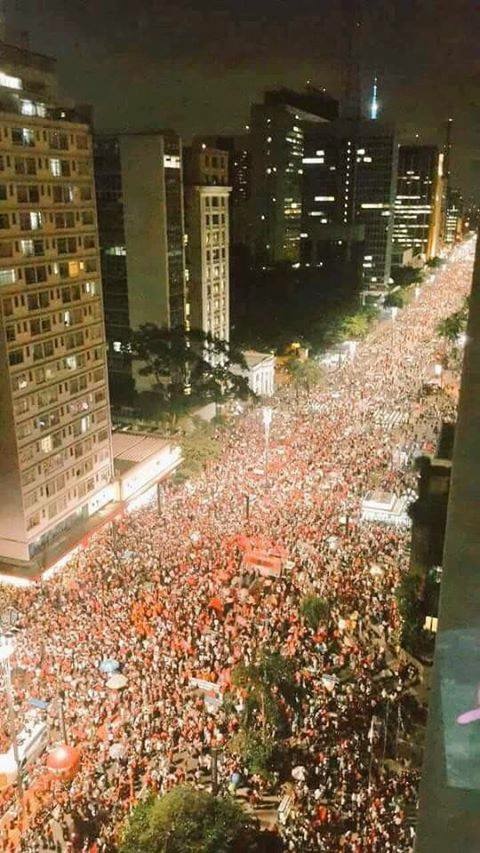 In Belo Horizonte, an estimated 150,000 demonstrators joined the protest, in Rio de Janeiro, 100,000, in Curitiba 60,000, Fortaleza 50,000, Recife 40,000. Campo Grande and the capital Brasilia received an estimated 20,000, some 1500 from the landless workers movement MST of whom occupied the Economic Ministry to protest against the reforms to pensions and workers rights.

In both Sao Paulo and Rio de Janeiro, Military Police were eventually sent in to disperse protesters with “moral effect” bombs & tear gas.