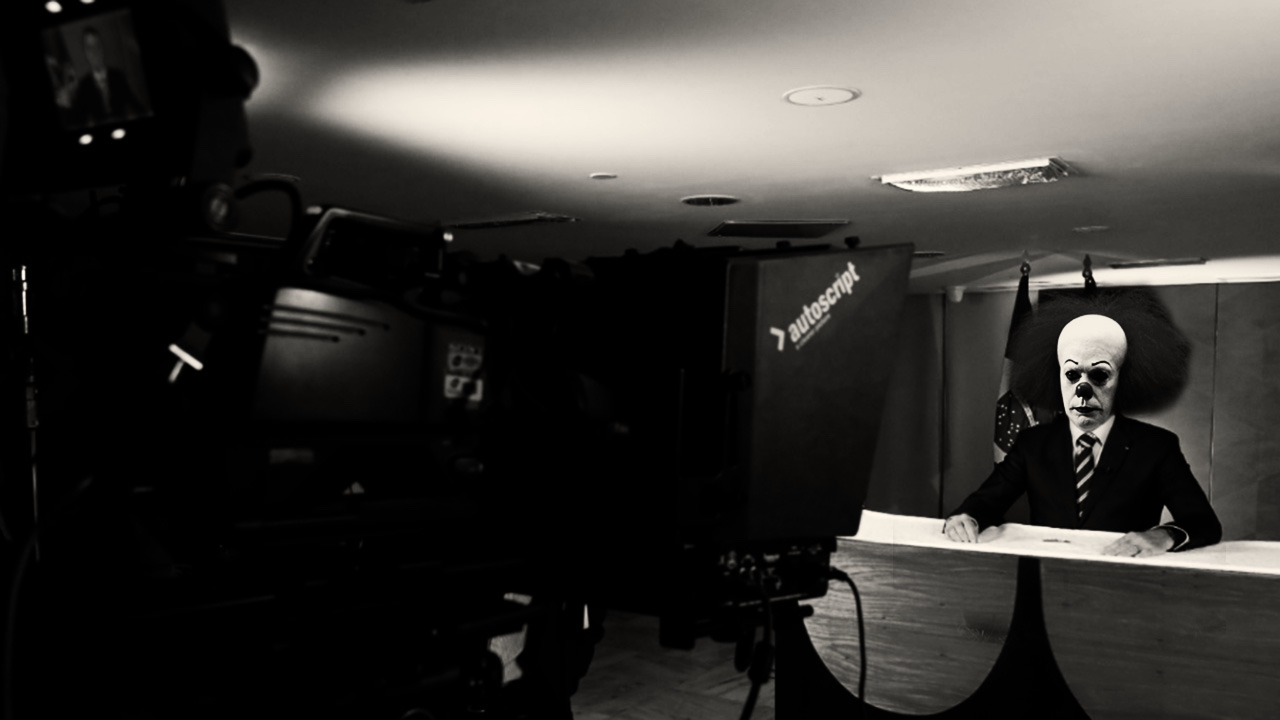 Last night the tapeworm who rules Brazil said something unbelievable.

Contradicting science, the WHO and the common sense of Brazil’s governors and all of the serious countries in the world, the talking tapeworm, once again, said that the covid-19 is nothing more than a “little flu”. He said that people should leave their social isolation and that governors should reopen the schools, shopping malls and restaurants. To him, the coronavirus crisis is nothing but hysteria, fed, of course, by the press. The problem in Italy, he said, is that they have a lot of old people and cold winters. We tropical young people, he said, can rest easy.

The muscular, talking tapeworm vainly stated that given his “athletic history”, covid-19 will not bring give him any problems. We do not yet know whether covid-19 agrees.

No, this tapeworm is not crazy. He may have serious cognitive limitations but he is no nutcase. He knows exactly what he is doing. There is a purpose behind his lies.

The tapeworm is simply defending the interests of the parasitic oligarchies that put him in power. He and his glorious team of neoliberal invertebrates are doing what Americans call “bean counting”, an expression that was popularized by the great consumer advocate Ralph Nader when he accused the big auto manufacturers of selling cars that they knew were unsafe.

As Nader revealed, the automobile company accountants would calculate how many people would die each year due to safety flaws in each particular model, and weighed this against how much they would have to pay out in lawsuits to the victims. Then, they compared the total costs of damages with the cost of recalling and correcting the design flaws that would kill consumers. If the cost of recall was considerably higher than the estimated lawsuit costs from damages, the companies made the decision to not alert consumers and let some of them die.

The talking tapeworm is doing the same thing with the Brazilian people, who he clearly despises. Letting them die from covid-19 is cheaper than systematically fighting the epidemic. The beans have been counted.

Fighting the epidemic effectively means increasing public health spending rather than reducing it, as the tapeworm government has been doing since taking office last year. It also requires robust counter-cyclical measures to maintain the income of the population who will have to stay at home, protect the most vulnerable in the informal sector and maintain small businesses.

Minimally responsible governments have been doing just that. Even the United States, land of economic liberalism, has just approved a stimulus package of about $ 2 trillion. They will give a thousand dollars to families so they can stay home during the crisis.

But the Pinochetist tapeworm does not even consider that option. To the contrary, he presented a proposal that instead of feeding any new money into the economy, establishes guidelines for non-payment of wages for suspended workers.

The worms do not want to compromise their orthodox fiscal goals, the eternal austerity and the ultra-neoliberal agenda that has been devastating the country for 4 years. Instead, they want to use the coronavirus disaster to speed it up and deepen it.

Furthermore, taking robust counter-cyclical measures would mean recognizing, definitively, the total failure of the neoliberal strategy to resolve the crisis in Brazil and the incompetence of its amoeba government.

In this sense letting things play out, letting natural selection run its course as happened in the Spanish flu pandemic, is much cheaper according to the perverse logic of bean counting, than being responsible and humane. If a lot of people die, they will be mostly poor and expendable people, easily replaceable. And, if the political cost threatens to get too high, China and the PT can be blamed. Ultimately, one can even use the crisis to implement a totalitarian regime, which is the great dream of these slithering creatures.

The talking tapeworm once declared that the dictatorship’s only mistake was that it should have killed 30,000 people. Who knows if now he might exceed that goal? Who knows is this is the tapeworm’s real goal?

The tapeworm and the parasitic oligarchies that put him in power don’t want to spend money on the poor. They don’t want to save lives. They are not even thinking about saving Brazil. They only think of their short-term, petty interests. After all, worms feed on corpses.