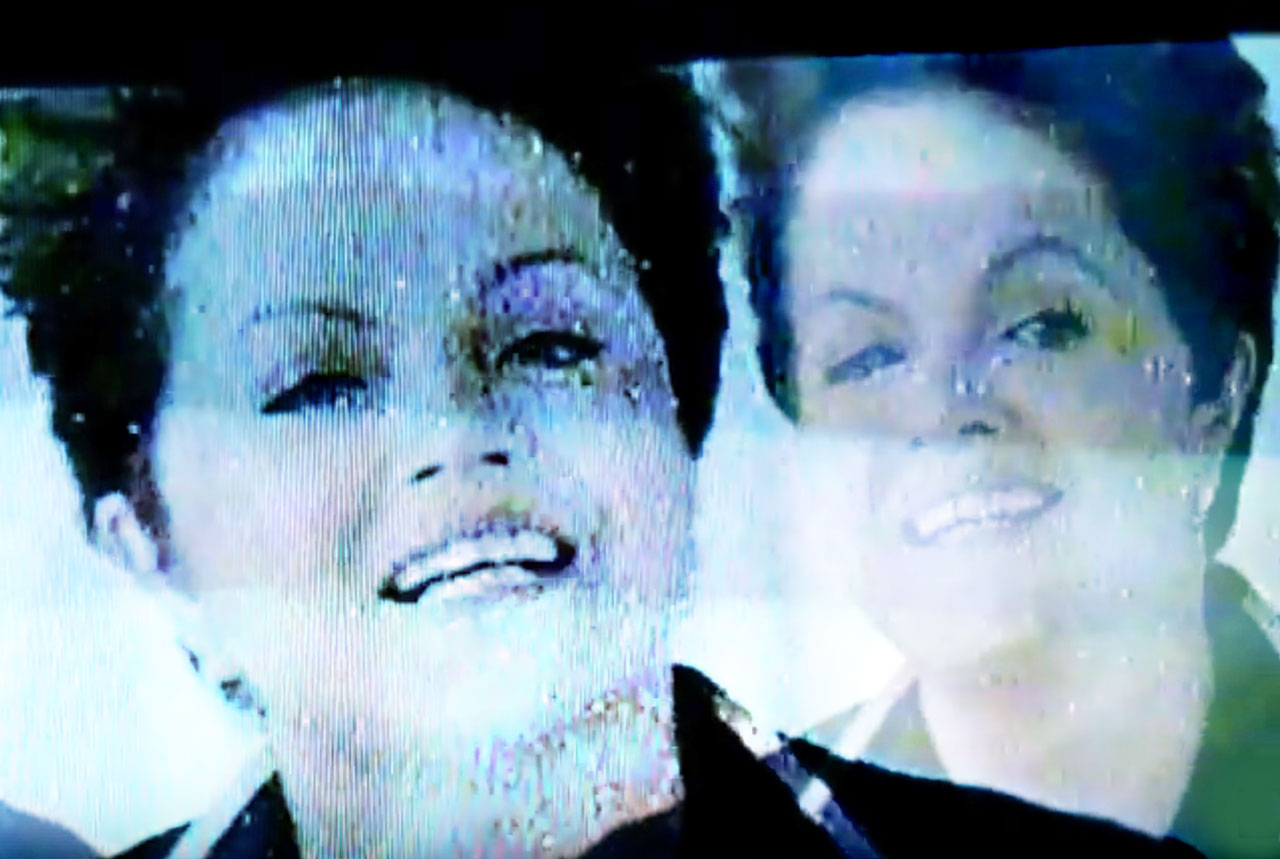 Six years ago today, President of the Republic Dilma Rousseff made her customary televised Workers Day address to the Brazilian people.

With towering public approval, up to 79%, exceeding that of her predecessors Fernando Henrique Cardoso and Lula da Silva, Brazil’s first female President looked unassailable in her push for re-election in the coming year. Centre-right, U.S. favoured PSDB, who had lost the previous three polls did not yet have anyone who looked like a competitive candidate, whilst Rousseff rival, former Green Party Candidate and Environment Minister under Lula, Marina Silva, was still trying to establish her own political party.

At this point there was little doubt that Dilma Rousseff would be re-elected in October 2014, and the mood in the country was, whilst not at the giddy heights of 2011/2012, still extremely optimistic.

After all, despite underlying structural and societal problems, Brazil had never had it so good.

Rousseff came from Brazil’s developmentalist tradition, and in her TV address, she was unsurprisingly confident. In it she made perhaps the defining proposal of her political career – what she called Brazil’s “passport to the future”. Under this plan, hers and successive governments would invest 100% of the royalties – potentially trillions of Reais – from its enormous newly discovered offshore oil wealth, exclusively into Brazilian education. A proposal which could push the perennial country of the future the final distance towards a “first world”, sovereign developed status that its people sought.

This would, it was envisaged, transform the destiny of the country.

Highlighting progress in the reduction of inequality and poverty under her and her predecessor Lula da Silva, she was clear on her own government’s coming focus: “Brazil will continue to use effective instruments to increase employment, wages and the purchasing power of the worker, but from now on, it will prioritise as never before, an instrument that extends employment and wages further: education,” she said, and she pleaded with congress to support this vision, which she had just sent for its approval: “A government can only fulfill its role well if it has the political will and sufficient funds. That is why it is important that the National Congress approve our proposal to allocate oil resources to education.”

At this point one of the most common complaints you would hear from Brazilians was about a historic failure in education, thus as policy this ought to have been a home run. So what happened? It’s a story told many times before, but perhaps not quite in this context. To understand the Brazil of 2019, knowing how 2013 actually unfolded is essential.

The weeks that followed her Workers Day address were to be dramatic, both for President Rousseff, and for Brazil. Three parallel events, at the time unrelated, were when combined together the harbinger of what was to come.

On June 5, the first news of the NSA’s spying programme began to be published. Of particular focus was Brazil, where Glenn Greenwald, the principal journalist responsible for the documents leaked by Edward Snowden, resided. What the documents told us was that Brazil, its population, government, law enforcement, and its strategic companies such as Petrobras (slowly dismantled) and Embraer (now all but sold to Boeing), were surveilled by the United States to the extent expected of a hostile nation. Perhaps the United States was more uncomfortable with Brazil’s development into a global player than had been previously thought. Then a fringe congressman, Jair Bolsonaro and hard right ally Ronaldo Caiado of dictatorship-heir party Democratas, angrily rejected complaints about U.S. spying, claiming it was a manufactured distraction from Dilma’s domestic political problems.

A day later, on June 6, the yearly Passe Livre protests began in the city of São Paulo against rises to public transport fares. On June 13, Military Police controlled by PSDB State Governor and then likely candidate in the 2014 Presidential election, Geraldo Alckmin, fired on the protesters and journalists with rubber bullets. The effect of this was to within days turn thousands on the streets into hundreds of thousands indignant at police brutality, with images beamed around the world that were interpreted as anti-government protests – a Brazilian analogue to the “Arab Spring”. Then mayor of São Paulo and 2018 Presidential Candidate Fernando Haddad has said that “we will never know” if Governor Alckmin himself gave that order for his Police to shoot, thus if it was a tactical move. What was certain is that Brazil would never be the same again.

A range of grievances entered the demonstrations with the swelling of the numbers on the streets. These included demands for better funded public health, and education, as Dilma Rousseff had announced only weeks before. It was as if this had already been forgotten. This was mirrored across social media, and a shellshocked Workers Party tried to make sense of an unprecedented explosion in activity – an avalanche of material being shared globally, which attacked both the Rousseff government, and the reputation of Brazil itself. In 2018, Haddad remarked that at that time they simply didn’t know about Cambridge Analytica or the kind of political manipulation pioneered by its parent, British behavioural research and strategic communication company SCL. This episode is still yet to be properly explained. In addition, anti-corruption messages which began to take hold in the demonstrations, amplified by the media, encouraged Rousseff – who insisted she had nothing to hide, therefore nothing to fear – to sign off on legislation that would allow plea-bargain testimony to be used as evidence for the first time in Brazil. This move would inadvertently open the door to a lawfare-based coup d’état.

Finally, between June 15 and June 30th, Brazil hosted the FIFA Confederations Cup football tournament, the costs of which became both another totem of the burgeoning protests on the street, and in tandem, a rallying call to right-wing “green and yellow” nationalism. At the opening ceremony, with Brazil facing Japan, Dilma Rousseff was jeered by the predominantly upper middle class crowd whilst attempting to make her speech. Players expressed their support for the demonstrations, and in later matches, the Seleção‘s own rendition of the national anthem was extended to include its usually omitted second stanza:

“But if thou raises the strong mace of justice, see that a son of thine flees not from battle, nor do those who love thee fear their own death. Adored Land…”

In the weeks that followed, Rousseff doubled down on her pledge to revolutionise education in her first address in answer to the mass demonstrations, adding investment from pré-sal (sub-salt) oil for public health to the formula. Some opposition supporters even tried to claim that extraction of that pré-sal oil, which was to fund this revolution in education, was impossible. Her renewed proposal, as well as that for a referendum to establish a constituent assembly on constitutional reform, were dismissed a demagoguery by a conservative dominated media who had seen their opportunity, and whose original hostility to the protests when they were largely left in character, turned to support as their composition shifted rightwards, and the original protagonists went home in dismay.

Just two months after her by then forgotten May 1st 2013 TV address, Dilma Rousseff’s public approval had fallen by 30 points. She was for the first time politically vulnerable, and there were already opportunist calls for her impeachment, very similar to her eventual fate, 3 years later. She secured re-election in 2014 by three million votes in the face of an unprecedented international campaign. But the result was rejected immediately and what would become the coup that removed her was in motion with the ballots barely counted. Beyond the presidential vote, the net effect of what happened in 2013 was the arrival of Brazil’s most conservative congress since the 1960s, which opened the possibility of impeachment – enabled by the election of Eduardo Cunha as congressional president, who embarked on a campaign of sabotage from the first day of Dilma’s second mandate. The economic effect of this dovetailed with Operation Lava Jato’s freezing of the construction sector, which accounted for 2.5% GDP drop in 2015, turning a cyclical recession into what the media depicted as the worst economic crisis in history. The fatally-weakened Rousseff would then be swept away by the same telegenic “green and yellow nationalism” that was identified by the United States as a way in which to give the 1964 Coup against João Goulart, himself trying to implement developmentalist reform in agriculture, banking and education, the perception of unanimous public support – another cancelled future.

When her ceremonial Vice President Michel Temer (from “opposition within government” PMDB), took office following her suspension in May 2016, he quickly introduced a range of measures that ran counter to national development, including a massive tax-break and cut-price sale of the Pré-Sal Oil to foreign corporations – that they had long lobbied for, working with opposition politicians such as José Serra, whom Rousseff had defeated in 2010. One proposal in particular stood out: PEC55/241, the so called end of the world amendment. Part of the cruelly named “Bridge to the Future” policy platform, PEC55/241 introduced a 20 year constitutionally enforced freeze on investment in public health and education. In essence it made what Dilma Rousseff had proposed on May 1st 2013 impossible for the next five Brazilian Governments. Following her removal in September 2016, Temer admitted publicly at a meeting of investors in New York that she had been removed on account of her refusal to adopt the Bridge to the Future neoliberal programme. And who could blame her? The supposed “bridge to the future” delivered literally the opposite of what had been envisioned as a passport to the future, three years earlier.

Like Institutional Act 5, fifty years earlier, PEC55/241 was in essence designed to attack the future.

Emerging from that scorched earth, the first shoots of improvement to public education came during the final days of the 1964-85 Dictatorship, at state level, during the tenure of Rio de Janeiro governor Leonel Brizola. Under Brizola, anthropologist and author Darcy Ribeiro was tasked with creating the revolutionary CIEP’s (Integrated Centres for Public Instruction).

With the end of the dictatorship, Goulart government veteran Brizola’s programme in Rio de Janeiro also represented a prohibited future for the country, with the United States and Brazilian Military in pre-emptive discussions about a Coup d’état should he go on to win the 1989 Presidential Election.

During the creation of the CIEP programme, Ribeiro remarked that the crisis in Brazil’s education, “is not a crisis, it is a project”. And so it is today, as Brazil faces a decimation of its public education system, university funding and entire core studies such as Sociology and Philosophy being eradicated, as they were in 1971, in a gratuitous, ideological act of generational vandalism, which is being conducted with the tacit and explicit support of capital, hegemony and empire.

Brazil’s public education system needs to be defended at all costs.

To attack a country’s future you first attack its youth.

For Brazil to rediscover its future it needs to be able to visualise it.