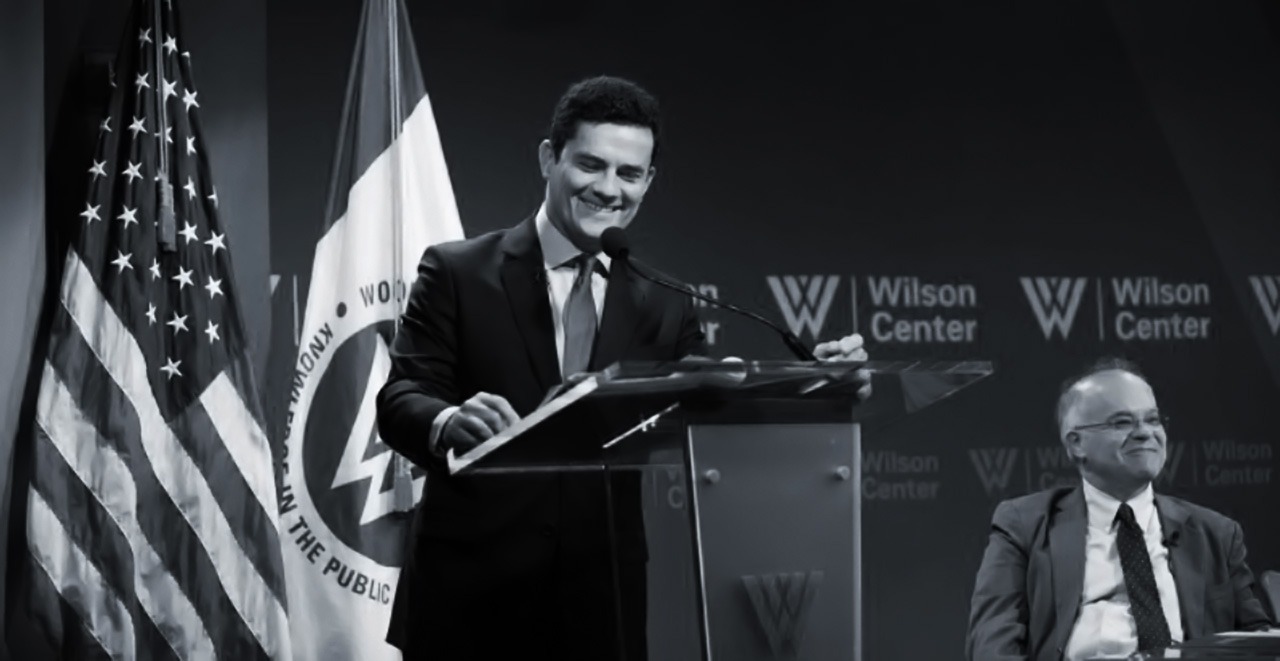 The Intercept’s revelation that the Operation Car Wash team sabotaged the 2018 presidential elections shows what everyone already knew but couldn’t prove concretely: that the Lula conviction was a gigantic legal farce.

In any nation that was even minimally civilized the case against Lula, as well as a good part of Operation Car Wash in general, would have been dismissed a long time ago due to the glaring disregard of the right of innocent until proven guilty and  due process.

Operation Car Wash implemented a veritable free-for-all against the PT and Lula which included illegal coercion, psychological torture of witnesses, induction of guided plea bargain testimonies, illegal leaks of telephone conversations, unequivocal use of Bayesian inference and an ocean of political convictions in a desert of evidence.

Even Lula’s defense lawyers’ office was wire-tapped by the zealous vigilantes. In the US, the country that inspired our vigilantes, wire tapping of a law firm is an extremely serious crime which automatically throws out any conviction and results in prison for the perpetrators.

But, with the support of the press and the true owners of power, our vigilantes became heroes. Heroes to the cause of anti-PTism and to a rampant proto-fascism which had its triumph in elections that were manipulated by fake news and fake justice.

In this manner, the game that was arranged between judge and prosecutors served a big political project, beyond mere personal ambitions.

This, however, is just a small part of the story.

This distorted and politically motivated Operation Car Wash was not created and conducted by Moro or Dalton Dallagnol.

It was created and guided by the US Department of Justice. This is notorious and public information.

The influence of the USA on the Brazilian prosecutors office is shown in various US diplomatic communications that were leaked to Wikileaks and widely disseminated in other news articles. These communications show how Car Wash was basically created by the DOJ and conducted by it according to its own methodology.

The fact is that the USA uses its own laws from its own legal system to impose its interests on the world.

One example is the Foreign Corrupt Practices Act (FCPA), a US law that seeks to to prevent companies from making payments to government officials in exchange for advantages, which has a clear extraterritorial character.

According to the the US, Department of Justice (DOJ) corruption investigations can take place in any country if an investigated company has any kind of connection, no matter how small, to the USA. In this way, any company that trades shares on the US stock exchange or holds any bank account in the US can be investigated.

In the US government’s vision, this law (as well as others) has given it a kind of international jurisdiction to investigate corruption cases anywhere in the world. Since it is hard for a international company to not have any interests in the US, this submits all companies of any kind of relevance to the legal and political whims of the US legal system.

In this manner, this apparently neutral corruption fighting on the international scale can be easily distorted to only benefit specific geopolitical or geoeconomic interests.

In his recent book, The American Trap, Frederic Pierucci, a former executive from the French company Alstom, accuses the US of using its laws and its system of international legal cooperation as an “economic weapon” to eliminate competitors of North American corporations. In other words there is a kind of “legal imperialism” which decisively contributes to strengthen US political and economic interests around the world.

Pierucci was arrested by the FBI in New York, based on the FCPA law, on the allegations that he had participated in the payment of a bribe in Indonesia. Regardless of whether the allegation was true, its absurdity raises eyebrows: a business executive from a French corporation, who had committed a supposed crime in Indonesia, was arrested by the US, in US territory, based on a US law.

The concrete fact is that this pressure from the US DOJ on Alstom resulted in the acquisition of a large part of the company by the US corporation General Electric, which had had its eye on the French company for a long time. Coincidence?

The same thing is happening now with the Chinese company Huawei, which the US wants to destroy. The DOJ pressured the Canadian government to arrest its CEO Meng Wanzou in Vancouver, on the allegation that she violated US economic sanctions against Iran. Coincidence?

Another concrete fact is that Moro and Dallagnol’s operation contributed to destroy Brazil’s petroleum and natural gas productive chain, led to the sale (at below market rates) of the pre-salt petroleum reserves, undermined our competitive civil construction industry and compromised strategic national defense projects such as the construction of nuclear submarines. According to a study made by the GO Associados consulting firm, Operation Car Wash cased a 2.5% drop in GDP in 2015 alone, causing job losses for hundreds of thousands of Brazilians. Coincidence?

Objectively speaking, Operation Car Wash benefited US geoeconomic and geopolitical interests in Brazil and throughout the entire region. The geopolitical goals that were severely damaged were those of the Brazilian people.

The persecution of Lula and the PT was only a means to achieve greater goals. Moro and Dallagnol were  pawns in a game of world power which either they were unaware of or that they served on purpose, which would be much worse. I would prefer not to believe in this second hypothesis.

And there are also things which we don’t know yet. For example, why was Embraer so quick to allow itself to be purchased by Boeing? Was it for strictly financial reasons or did the DOJ, in some manner, “influence” the sale? It is important to remember that the DOJ had accused EMBRAER of paying bribes during airplane sales in the Dominican Republic and India. Coincidence? Maybe not.

In a sovereign nation, all of this would be seriously investigated and any guilty parties would be punished.

In Bolsonaro’s Brazil, in a country that is now acting in total submission to the USA in which Moro and Dallagnol are treated as heroes, it will be hard for this to happen.

In this sad country, which has now been practically transformed into a colony, the DOJ’s “legal imperialism” has dug deep roots into our legal system.

It is likely that an investigation into this subject, if it happens, will be restricted to the personal participation of Moro and Dallagnol and could actually benefit from Bolsonaro, who apparently wants to get rid of Moro. A damage control operation to save the Executive and Judiciary is already underway.

If it happens in this manner it will barely scratch the surface of the problem.

Moro, Dallagnol and even Bolsonaro are nothing but pawns. Their crimes are only instrumental for the great crime which has destroyed democracy, sovereignty and the economy of our nation.

Lula has repeatedly warned that the key issue is sovereignty.

Do I have to draw a picture for you?