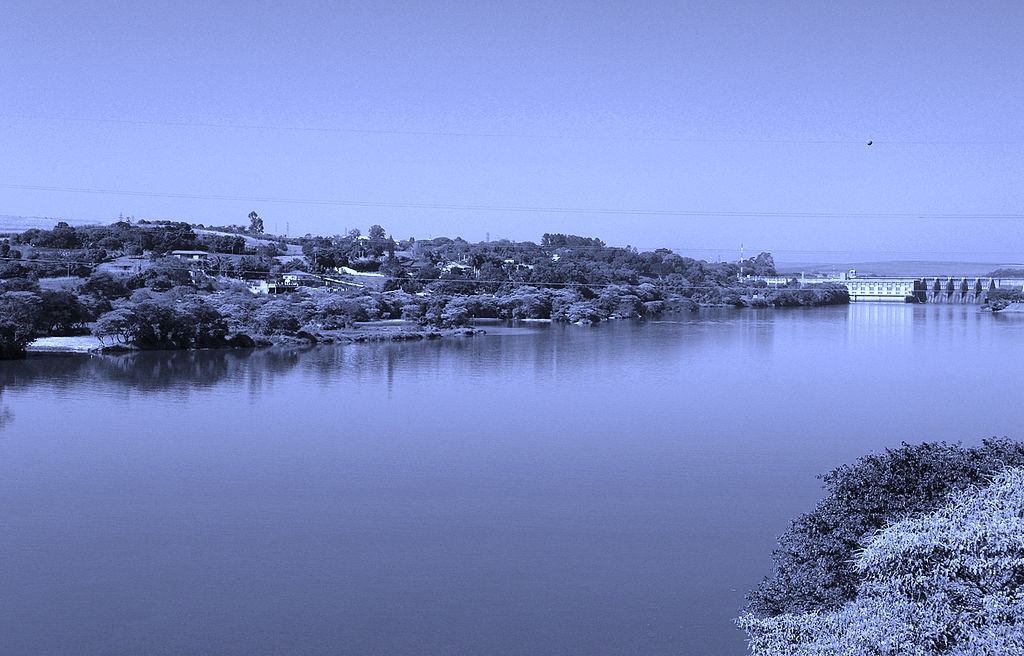 Despite 2014 being the hottest year on record, and rainfall in South Eastern Brasil drastically lower than average, the current water crisis is rooted in decades of poor planning & lack of preventative action by State Water Company (SabeSP) & Government of São Paulo.

Neighbouring states face their own problems, but none so acute.

The risk of collapse facing the Cantareira system of reservoirs, which serves around 6 million of the city’s population, was identified in the 1990s and widely reported as early as 2001. The levels of Cantareira, part of the half dozen or so reservoirs serving the Greater São Paulo area, fell 20% year on year from nearly 100% in January 2010, to less than 6% in 2015. It currently stands at just over 10% after steady to heavy rain since late November.

Reliance on once abundant rain & lack of strategic maintenance, new projects that would enable the system’s adjustment to changing climate, or substantial alternative sources, has left the city of São Paulo with little time to implement any contingency plans, in a region with more groundwater than anywhere else on Earth.

Failure to introduce rationing in 2014, which was for electoral advantage, has exacerbated the problem and responsibility for this lay with São Paulo State Governor Geraldo Alckmin, who denied there was any shortage until after his re-election. Prior, there existed a reckless boycott of any attempt to address the crisis.

Mayors, community groups, NGOs & social movements have been coming together and trying to formulate plans to deal with any coming emergency, while in contrast, the priorities of São Paulo State Government were illustrated by their sending of Military Police for training in the United States on how to deal with public unrest as a result of shortages.

Federal Government has committed R$3.5bn to a variety of works, it remains to be seen if further intervention will be required.

Rationing is already occurring, with some outlying areas without water for months, and some central neighbourhoods have been occasionally without supply. There is also a “Rodizio” system of cycling which neighbourhoods are affected by reduced pressure at any one time.

There was now talk of restriction to only 2 days per week, which has alarmed many, especially those in wealthier neighbourhoods, living in tower blocks with large tanks, who have been largely oblivious to rationing so far. SabeSP have said that they do not believe this is going to be necessary in 2015 if rain continues at current levels through March, and works such as integration of Billings reservoir are completed promptly.

There have been sensationalist reports about there being no contingency, or “Plan B”, which are misleading; there are many plans, yet very little time.

Here are 10 of the possibilities, short & longer term, which while not all an immediate answer, illustrate the true nature of the crisis.

Transfer of supply from Alto Tietê System to the Cantareira is being increased, and eventually will be from Billings, the largest metropolitan reservoir in the world, situated in the south zone of the city, which today holds 10 times the volume of water currently left in Cantareira.

However Billings has been heavily polluted since the spread of improvised housing along its shores in the 1980s, which worsened when it was allowed by a previous State Governor, Mário Covas, to receive waste water from River Pinheiros. Thus any water transferred from Billings would need adequate treatment to be safe for domestic use, but the plant at adjacent Guarapiranga reservoir doesn’t yet have the capacity to treat an increased volume.

A process of upgrading the sanitation of the surrounding areas has been in progress for some time.

Despite all these issues, these reservoirs are already providing water to millions of inhabitants.

Another reserve, Cachoeira was found to have a similar volume, 40bn litres, to the rest of the Cantareira system.

A staggering 36% of São Paulo’s water is wasted between storage and user.
Control that, and the problem, at least to domestic users, is effectively solved.

The majority of the rain falling in urban areas goes uncollected, running down the streets, drains and underground streams into the principal rivers and out to sea.

When flooding is still commonplace, Paulistas would be reticent to use the word drought nowadays to describe the current shortage, as rainfall has been constant, since late November, and February was the wettest for 20 years.

SabeSP are constructing 29 local reservoirs in the Greater Sao Paulo area, the 7th of which has just been completed in Diadema.

Distribution of local cisterns, especially in the periphery, has been suggested, as have home collection kits to alleviate the immediate system shortage. There are also instructions being circulated on how to build and operate your own.

Conservation campaigns for domestic users are necessary but realistically home use only accounts for 5% of the state of São Paulo’s water. Figures of 180l per capita per day have been cited as if evidence of wasteful population. However, agriculture accounts for 45% of all used, mostly irrigation, principally for the sugar cane/ethanol industry which has taken an increasing proportion of supply over the last decade.

In 2007-08, a single harvest of Sugar Cane/Ethanol used 800m m3 of Sao Paulo’s water – equivalent to one year’s total supply for a city of 8m people, such as Tehran.

Production has increased since, yet there is barely any mention in the media of this principal drain on the state’s water resources.

Other industry accounts for 14%.

Given the graveness of the current shortages, agriculture & industry must not be allowed to continue as was; the domestic consumer is not the problem.

As a commodity, it would surprise most Brazilians to learn that the country exports 112 Trillion Litres of fresh water per year, or enough to fill Rio de Janeiro’s Lagoa Rodrigo de Freitas 17 thousand times.

While abstract, this does illustrate that there are sources of water outside the urban systems that could potentially be used in emergency.

Surprisingly little waste water & sewage is treated in Brasil, and this is the most obvious way in which the crisis could have been averted with better long term planning, and also why some sources have been ruined by pollution over previous decades. Only 47% percent of wastewater in the Greater São Paulo Metropolitan area is treated and 15% of sewage.

Over the past decade, large Interceptor sewer pipes (3 to 5 feet in diameter) were constructed along around 60km of the Tiete and the Pinheiros Rivers. These collect the raw wastewater and pump it to treatment plants.

The Tiete is the most polluted river in Brasil, but despite this, outside observers from the UN and other bodies have wondered why more of the water from the Tiete & Pinheiros rivers, which both run through the city, isn’t simply collected & decontaminated.

Poor planning stretching back decades allowed the river system to become the dumping ground for both the industries of the upstream interior, and urban waste. However, various state & municipal, schemes to help de-pollute the river have existed since 1992, and while within the city limits it is still ruined, the affected area downstream has been reduced from 260 to 100km.

Diverting water from other regions

There is already a project in place to divert water into the Cantareira system from the Paraiba do Sul river, budgeted at R$830.5 million, with construction estimated to take 14 months. However, specialists are against the project and levels at the river itself, which supplies Rio de Janeiro, are already extremely low.

Another water diversion project is to bring water from the Iguape River in the Ribeira valley 80 km south of São Paulo, but is still two years from completion.

According to UN estimate, Guarani Aquifer could supply 5.5 billion people with 100 litres of water per day, for two hundred years, or the Southern Cone itself for thousands.

Despite World Bank funded research since the 1990s, there are only minor pilot projects in some interior towns, where up to 50% of water is coming from the aquifers, with the Bauru closer to surface and easier to exploit.

Groundwater currently accounts for only 20% of water use in the Greater São Paulo Metropolitan area in total.

Many point to the semi-privatisation of SabeSP in the late 1990s, its listing on the NY Stock Exchange, and 25% foreign ownership, as the beginning of the collapse in responsible management of the State’s water resources.

In 2012/13, shareholders were paid $2bn USD in dividends, while the Cantareira system was already gradually failing.

While not solving any immediate problem, with its share price tumbling, some believe that now might be the right time to take the company back under complete sovereign ownership.

Some cities in São Paulo have a municipal supplier of water, a DAE, which are linked with City Hall and not private companies such as SabeSP. Jundiaí, which is located only 60 km from the near empty Atibainha (the biggest reservoir in the Cantareira system) reached 99% of its volume with the last rains.

Joao Simanke, a hydrogeological consultant who worked for SabeSP until 2006 told Bloomberg that Sabesp hasn’t invested enough because the company focused on maximizing profits rather than investing in expansion. “Investors put millions into buying shares and want to get the money back at some point, Is that a conflict with the company’s mission? Unfortunately, it is.”

Although deforestation is frequently cited as responsible for the drought, it is but one possible component, and even then, does not actually explain São Paulo’s situation.

With abundant reachable water, the long term outlook is that of stable supply, and had measures proposed 10 or 20 years ago been implemented, there would be a drought, but no emergency; the São Paulo water crisis is primarily political & human, not environmental.