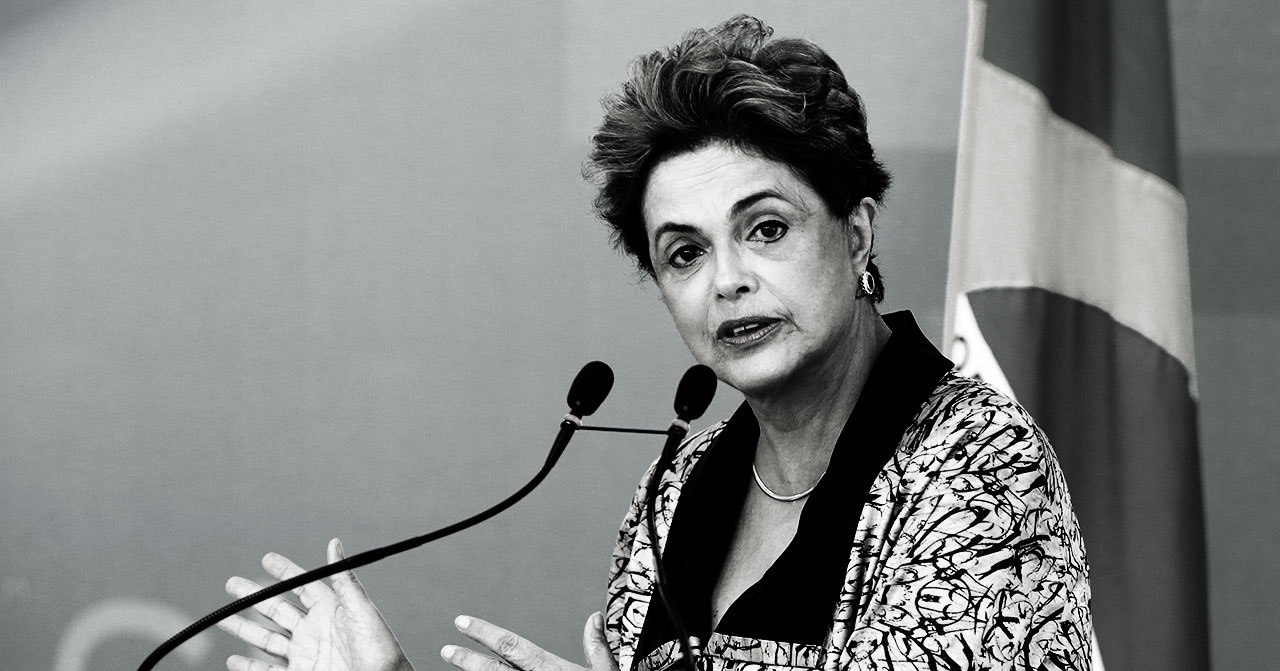 Rousseff in El País: “My departure was the opening act in a play that has not ended.”

In an interview with El País, Dilma Rousseff, ousted in 2016, warned “It was a Coup. My departure was the opening act in a play that has not ended.”

Speaking to the Spanish newspaper’s Cecilia Ballesteros, Brazil’s former president talked about the multi phase Coup which removed her, and then prevented her predecessor Lula da Silva’s near certain return to the Presidency: “It was a coup. My departure was the opening act in a play that has not ended. The second act was empowering a government that adopted measures that had not been approved via the ballot boxes, and introducing a labor reform that created precarious job conditions and which we ourselves would never have implemented. This created the mood for Bolsonaro’s arrival. The television network Globo said that Brazil was broke. What do you mean, broke? Brazil was already broke when Lula da Silva took over the presidency. The coup was aimed at introducing a neo-liberal model. They were irresponsible: they brought together a political and an economic crisis, and saw that there was a chance for Lula to return to power. So first they took steps to criminalize him, which didn’t work out, so they got him convicted and jailed. He was still the favorite in the presidential elections.”

She continued to describe the role of discredited anti-corruption operation Lava Jato, which Dilma’s own legislation enabled: “The center, center-right and right-wing parties self-destructed in the process. We began to shore up the institutions with legislation that made it possible to fight corruption. Lula also gave the federal police additional resources, and I sanctioned a law to combat criminal organizations in 2013, before Operation Lava Jato. In young democracies, institutions run the risk of transforming into corporations, which, as we know, only work to defend their own interests. Judicial institutions have turned into a corporation, and with Sérgio Moro acting as a chief prosecutor in Curitiba, they launched Operation Lava Jato. It is true that they uncovered many things, but the question is, who did they focus on? They focused on Lula.”

Rousseff also called the new Brazilian Government Neo-Fascist, and argued that Jair Bolsonaro is destroying both the Amazon and the sovereignty of the Latin American giant.  “It seems to me that he is not only destroying the Amazon, but the sovereignty of Brazil as well. The country has a preserved area that is 11 times the size of Spain. All of that is now under threat. The process began with the previous administration, under Michel Temer, but it was carried out in a more concealed manner back then. Not Bolsonaro. Bolsonaro has adopted very serious attitudes: for instance, he shut down the National Environmental Council [Conama]. This is a deliberate policy. Bolsonaro has been explicit about his goal of exploiting mining resources in the area.”

Dilma Rousseff gave a near identical interview to the Guardian on her trip to the United Kingdom May/June 2018 before the election, in the presence of former Latin America correspondent Jonathan Watts and a group of editors. As she did in El País over a year later, Rousseff described how her removal was only the first phase of a Coup, in which the prosecution of Lula da Silva to prevent him running in that 2018 election was another stage. She was very clear to the Guardian that this would open the door for Neo-Fascist Jair Bolsonaro.

For reasons unknown they chose not to publish the interview, and have so far not responded to multiple queries as to why they omitted such serious information at such a key moment in Brazil’s history.