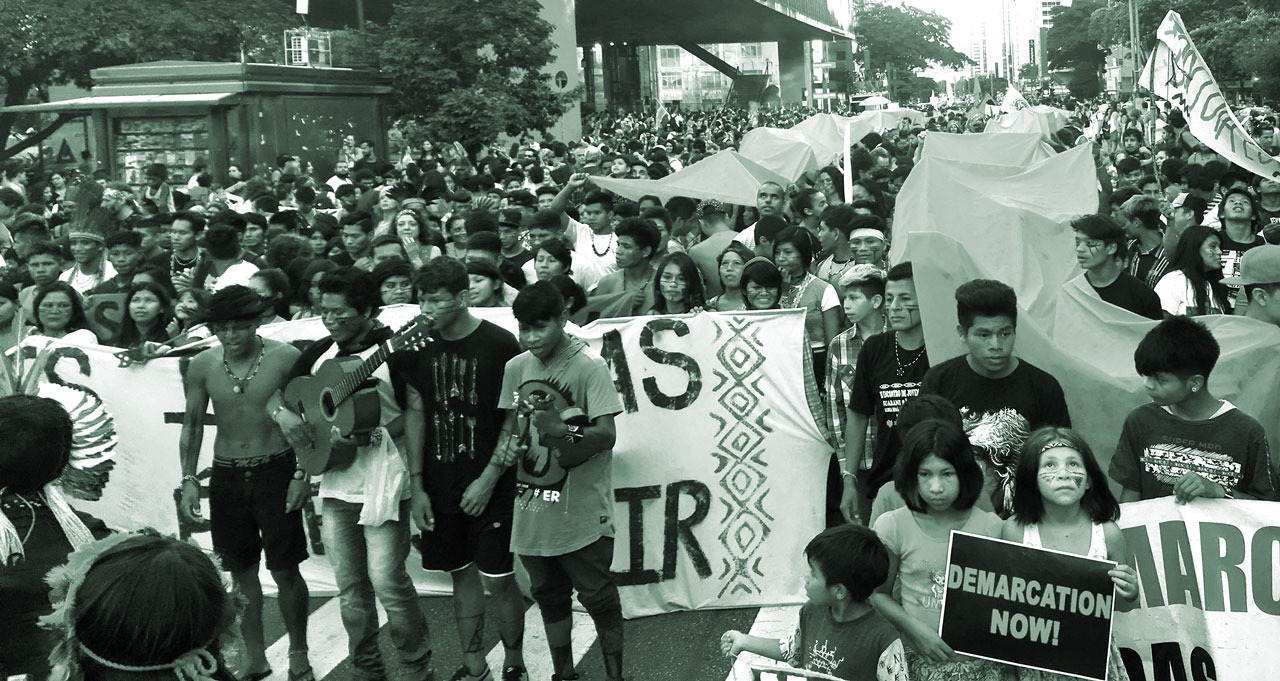 Not one more drop of blood spilled

Indigenous people and their supporters protest in 51 cities around the World against the neo-fascist Bolsonaro administration’s dismantling of reservations, cultural and land rights and his supporters’ genocidal threats.

January 31 was marked by protests for Brazilian Indigenous rights in cities across Brazil as people took to the streets to protest a new wave of aggression and denial of rights by the right wing extremist government of Jair Bolsonaro. The protest was called “not one more drop of indigenous blood spilled”.

One of the first things Bolsonaro did after taking office was to issue a decree passing management of indigenous reservations over to the Ministry of Agriculture. The Ministry is controlled by the congressional Ruralista bloc, made up of the traditional rural elites whose families have been stealing land and committing genocidal acts against indigenous people for hundreds of years. Furthermore, Bolsonaro’s racist comments have led to increased violence against indigenous people in the Brazilian countryside. Since the beginning of the year, there have been a series of incidents in which armed gunmen invade indigenous reservations, yell Bolsonaro’s name and shoot at people, as happened yesterday in a karipuna reservation in Rondonia.

In São Paulo, a crowd of indigenous people and their supporters from social movements like the MST gathered under the MASP modern art museum and, later, closed off one of the city’s most important thoroughfares, Paulista Avenue. Awa Kiririndju, who participated in the protest said, “we are here, united, as various different peoples and ethnic groups from different regions in an attempt to resist what this government is trying to do.”

At a time when hate speech, violence and land grabs against indigenous people are increasing in Brazil, thousands of people came out in an act of solidarity with the indigenous population.