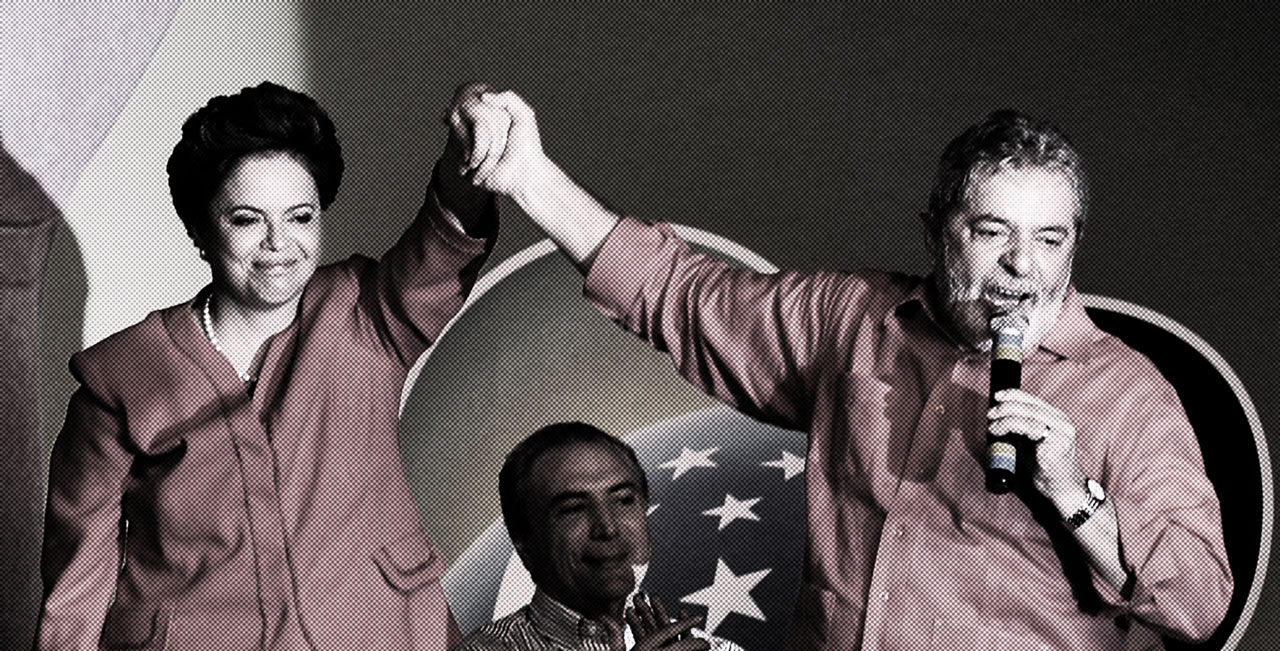 “Vaza Jato proves that Moro and his prosecutors concealed excerpts of Lula’s (illegally recorded) phone calls. The conversations show why Lula was being named minister of my government: to politically rearticulate the parliamentary base and try to stem the ongoing coup. Part of the damage Lava Jato has done to democracy is irreversible. The judiciary, however, can still fulfill its constitutional role by correcting illegalities and annulling partisan decisions. Two decisions now known to be illegal were the arrest of Lula to prevent him from being elected president, and the impeachment against me without a crime of responsibility. Without redress for injustices, the democratic rule of law will not be fully restored.” – Dilma Rousseff

Sunday 8/9/2019. An explosive report in Folha de S. Paulo in collaboration with The Intercept has revealed that Operation Lava Jato carefully edited leaks of recordings he had made, illegally, of phone calls between former President Lula’s and then-President Dilma Rousseff in 2016, when he was about be appointed her chief of staff.

The conversations reveal that Lava Jato Prosecutors and Sérgio Moro decided to hide excerpts  of conversation which showed that Lula was reticent about accepting the position and, therefore, was not seeking to obtain immunity (foro priviligiado) and escape the jurisdiction of Judge Moro.

Thus, the call between Lula and former President Dilma, illegally leaked to Globo News with great fanfare, took on another context: that of a clandestine arrangement to allow Lula to avoid prosecution by “hiding” as a minister. In reality, the undisclosed conversations, some of them with the then Vice President Michel Temer, show that Lula’s goal was essentially political articulation.

When the leak was made, STF minister Gilmar Mendes was pressured by TV Globo, the Military and public opinion to block Lula’s appointment to Chief of Staff in a monocratic decision, thus sealing Dilma Rousseff’s fate.

Her impeachment then became just a matter of time.

In a powerful and indignant text entitled “Lava Jato plotted against Lula and Dilma and changed the history of Brazil” veteran Journalist Kennedy Alencar emphasised the grave seriousness of the report:

“The report reveals that Moro, federal police and prosecutors acted to interfere with the political process in order to prevent Lula’s appointment to Chief of Staff in the Dilma administration, and helped to radicalize the political environment in the country, plotting the fall of the then president, and take PT of power.

Prosecutors celebrate a political and illegal strategy. Without humanity, they call Lula “9”, in a derogatory reference to the nine fingers of the President, who lost one of them in an accident at work.

They make it clear that they were folloing directions from “Russo” the nickname of Moro, who acted as an inquisitor and not a judge in Lava Jato.

Everyone was aware that they were illegal, and some even make fun of that in their Telegram chats.

In this episode, they leaked what mattered to manipulate public opinion, to create street mobilizations against the government and to poison the political debate.

They also hid all hesitation of the petista in accepting the position of Chief of Staff.

Those who followed the real backstory and had information at the time knew that the main reason for that articulation was to try to save the government, not to obtain immunity in the Supreme Court.

But Lava Jato, aware of this, manipulated public opinion and changed the course of the country’s history so that we could reach the Bolsonaro government today.

Many people have said that Lava Jato has contributed to Dilma Rousseff’s impeachment.

This report shows that Lava Jato acted to have Dilma overthrown and worked illegally to arrest Lula.

This is not the role of the judicial system. It is a serious form of corruption. Public authorities are committed to the law that criminals do not have.

If the actions of Moro, Federal Police delegates and prosecutors are a legal fight against corruption, the country is fried.

It is in the hands of a parallel state that pursues political enemies. Yesterday it was Lula. Tomorrow will be the critics of these Messianics who have abused their powers.

If the Federal Supreme Court, the Attorney General’s Office, the National Council of Justice, the National Council of the Public Prosecution Service, and Congress had doubts that they need to take steps to investigate and punish crimes and abuses of power by the Lava Jato stars, the Today’s report eliminates any hesitation or objection to a harsh response from our institutions.

Read the article. Check out Lava Jato’s dialogues about Lula’s conversations. Read the summaries of Lula’s tapped conversations with Temer and allies.

Draw your conclusions whether they are methods of a judiciary, prosecutor and federal police of a full democracy or a banana republic.“