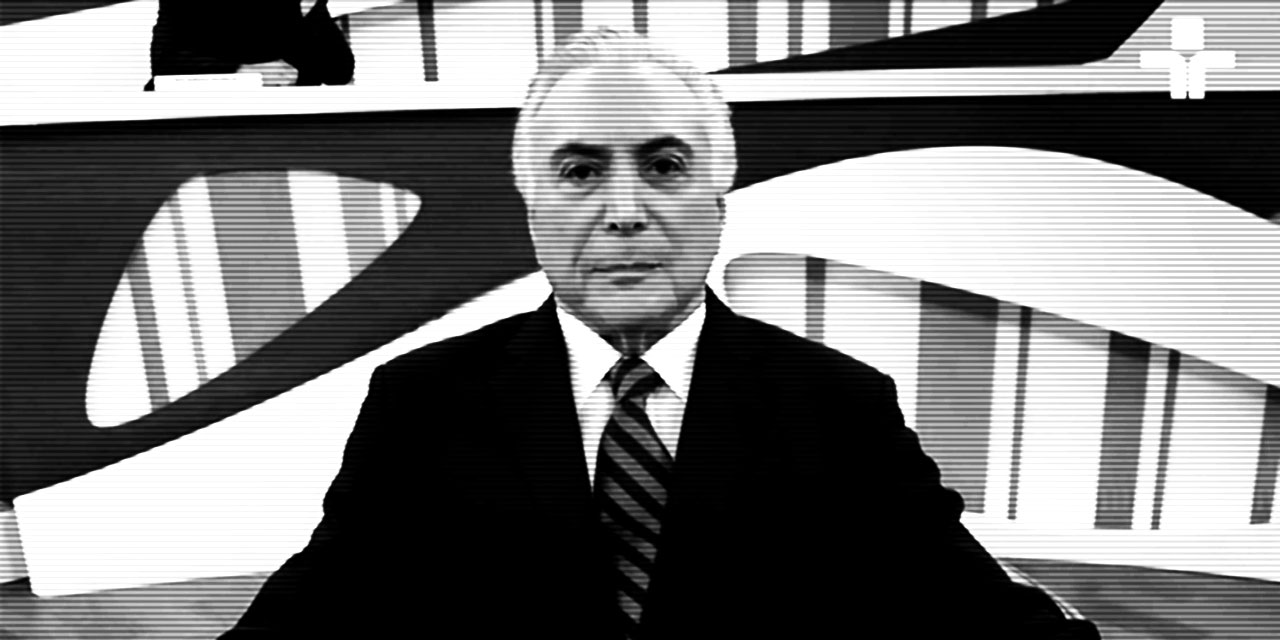 Michel Temer: “It was a Coup”

During a television interview on September 16th, 2019, former Brazilian President Michel Temer twice referred to the impeachment of Dilma Rousseff as a Golpe (Coup).

Dilma Rousseff’s former VP, of the conservative MDB party, told interviewers: “People said ‘Temer is a Golpista (Putschist)’ and that I supported the Coup. It was different, I never supported or made a commitment to the Coup.” He continued to insist that he “did not imagine that he would become President by these means”.

He also said that if former President Lula da Silva had been allowed to take his appointment as Dilma’s Chief of Staff, that her impeachment would not have happened. Intercept leaks have revealed that disgraced former Lava Jato judge, turned Bolsonaro Justice Minister Sérgio Moro illegally colluded with the federal police and public prosecutors to selectively leak illegally recorded conversations between Presdident Dilma and Lula, a deliberate action which was intended to block his appointment to Chief of Staff.

Dilma Rousseff responded the next day: “Michel Temer committed a new act of sincericide yesterday on Roda Viva. He admitted that I suffered a Coup d’état and said that if Lula had gone into my government that there would have been no impeachment.”, “And of course, he denied having participated directly in the Coup.” she continued.

Manuela D’Avila of PCdoB, who ran as vice to Fernando Haddad at the 2018 election, asked: “Temer already recognized that it was a Coup. And you?”.

This was not the first time that Michel Temer’s own words have revealed what was really behind Rousseff’s ouster. Three years prior, with Dilma freshly removed from office, he was in New York, at the headquarters of Wall Street Lobby Council of the Americas (AS/COA) where in a press conference he admitted that Rousseff had been removed for her refusal to implement their “Ponte para o futuro” (Bridge to the future) ultra-neoliberal policy platform.

Rousseff also observed of his Roda Viva interview: “Temer did not say, however, that the 2016 coup was to box Brazil into neoliberalism,”  and noted that he had made “no mention of to his two closest assistants: Moreira Franco and Elisha Padilha,” concluding that “Bridge to the future is the guideline of the Bolsonaro government program.”

Since early 2015, Brasil Wire has published multiple analyses of a tendency in both Brazilian and English-language media to refuse or refute the word Golpe (Coup) to describe the ouster of Dilma Rousseff. Use of the word was avoided, bringing an impression of legitimacy, legality and constitutional normality to her removal after being re-elected just fourteen months prior.

What we observed looked and felt editorially like a wartime propaganda campaign, as did the blanket coverage of Operation Lava Jato which was the backbone to the Coup; for both its anti-corruption pretext, and the sabotage of Brazil’s economy in 2015, which caused an estimated 2.5% GDP contraction and 6-8 million job losses. This damage was used to further justify Rousseff’s removal.

The master narrative of Coup denial originated from the protagonists and supporters of it, in both Brazil and abroad. As with many coup d’états in history, refusal to acknowledge that it was happening was a central pillar of its own propaganda.

We must ask why the most prominent US, UK, and Canadian journalists active in Brazil did nothing to question or break the wall of denial, or even proactively argued for it. Although many of their tweets from the period are now deleted, there is ample published material which demonstrates a wilfully disingenuous, false reading of unfolding history.

Some of the most notorious coup-deniers in the Anglo media pack, such as Reuters/Americas Quarterly’s Brian Winter, Bloomberg/New Yorker’s Alex Cuadros and others, continued to maintain that position since, as this article from 2018 explained.

We also know firsthand that in 2016, as Dilma Rousseff’s impeachment unfolded, that employees of large international news agencies were forbidden from using the words Golpe/Coup, in published work, or even on their own personal social media accounts.

Meanwhile, post-coup Foreign Minister José Serra, previously the US-backed Presidential candidate in 2010 and 2002, had launched an international media offensive through its embassies worldwide, aimed at obscuring what had happened to Brazil’s democracy.

In 2019 thanks to Petra Costa’s documentary ‘The Edge of Democracy’ and the Intercept’s Vaza Jato leaks which have further exposed Operation Lava Jato as a lawfare-based regime change strategy, international awareness of 2016’s coup is far greater than it was. In 2016 it was falsely claimed that “only Dilma Rousseff supporters think it is a coup”. Over time, only its protagonists (including those in the media) continued to deny it.

Now we have Michel Temer, Rousseff’s actual usurper, admitting it himself.

Incompetence or lack of information are no excuse – we at Brasil Wire and elsewhere were publishing it. The major platforms and individual journalists made a choice, and picked a side: the anti-democratic, right-wing authoritarian one. We have to repeatedly ask why that happened, and how outright deceit about what was actually going on in Brazil was incentivised, until we get an answer.

It is time for accountability from those, whom by working to erode international solidarity at Brazil’s moment of greatest need, helped sink an emerging power, for the ultimate benefit of foreign oil, agribusiness and mining interests.