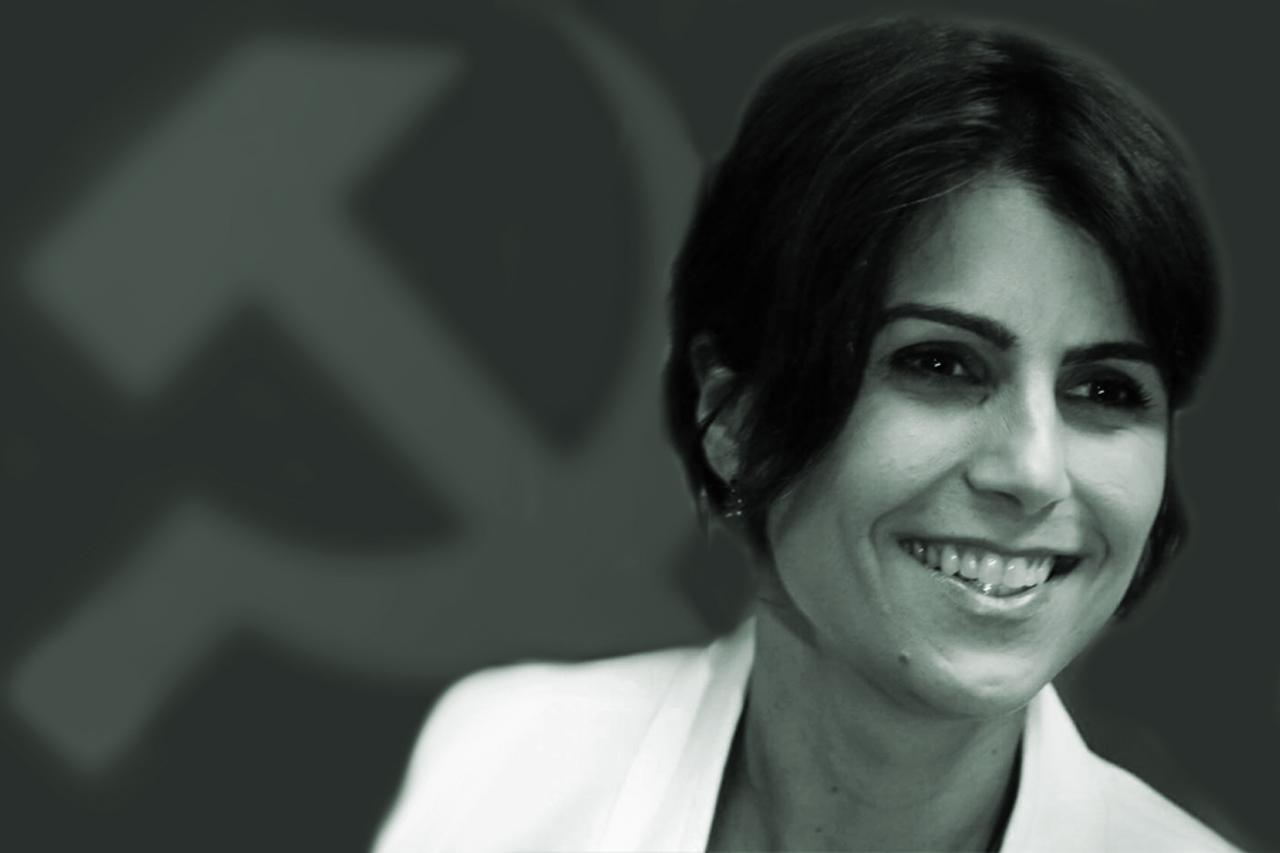 The Partido Comunista do Brasil (PC do B/Communist Party of Brasil) was founded in 1962 when a group of militants split from the older Partido Comunista Brasileiro (PCB/Brazilian Communist Party). It was criminalised during the Military Dictatorship and as communists were arrested, tortured and executed, 80 party members moved to the remote Amazon region of Araguaia and started an anti-fascist guerrilla war that lasted 7 years, was completely censored in the Brazilian media, and required 5000 Brazilian army troops to repress. As the military dictatorship came to an end, a process of political opening enabled the party to regain its legal status. It reformulated itself as a Marxist party that supported radical structural reform over revolution. Since then, it has maintained status as one of the larger leftist Brazilian political parties. In a nation which ranks among the World’s worst in terms of gender equity among elected officials, it is the party that has come the closest to achieving it. Along with the smaller Partido Socialismo e Liberdade (Socialism and Liberty Party/PSOL), it made up part of the Lula and Dilma Rousseff governments inner coalition in Congress, voting together with the PT party on nearly everything.  The PC do B currently has 12 elected congressmen and women, one senator, 80 mayors and controls the state  of Maranhão, where governor  Flavio Dino  created the highest public teacher salaries in the nation and issued a decree to remove all names of military dictatorship officials from public streets, schools and monuments.

Manuela D’Avila, 36,  is the PC do B party candidate for the presidency in 2018 and the first Communist presidential candidate in Brasil since 1945. A journalist who rose up within the União Nacional dos Estudantes (National Students Union/UNE) , she first entered the political stage as the youngest City Councilor in Porto Alegre history in 2004. There, she created and drafted a law giving students the right to pay half for entrance fees to movies, cultural and sporting events. In 2007 she was elected to Congress with the highest number of votes in her state, Rio Grande do Sul. There, in 2011, she presented and ratified the Youth Statute- a law that defines teenagers rights and the governments responsibilities to them, which was criticized by evangelical pastors at the time for its language guaranteeing LGBT rights.

You are the first communist Brazilian Presidential candidate since Yedo Fiúza ran for office in 1945, for the Partida Comunista Brasileiro (Brasilian Communist Party/PCB). How has the concept of communism changed in Brasil since those days? Does your platform still have anything in common with Fiúza’s?

In the last 70 years? Wow, we have certainly had significant changes in the international communist movement during this period, and our party is no different.  I think the biggest challenges to the communist movement in history have taken place since 1945.  On the one hand we are the heirs to the construction of the international and Brasilian communist movements. On the other hand there have been profound changes. The most important difference is that today we believe in building our own experiences to create a Brasilian kind of socialism that is not based on any models.

Manuela D’Avila at the announcement of her 2018 Presidential candidacy

What is the PC do B’s position related to capitalism?

We are a political party that understands that capitalism generates inequality and does not enable people to live in the best way that they can.

In your opinion, what were some of the things that the PT party governments of Lula and Dilma got right and where did they make mistakes? How does your plan for governance differ from that of Lula’s?

The PT governments got a lot of things right. They deeply transformed the country, brought millions of people out of extreme poverty and, for the first time ever, guaranteed a  sovereign foreign policy.  But they didn’t manage to push through the reforms that were so important to guarantee the structural transformation of the Brazilian state. We didn’t enact political reform, we didn’t reform the media laws and we didn’t have urban reform or tax code reform. So we failed to enact the big reforms. 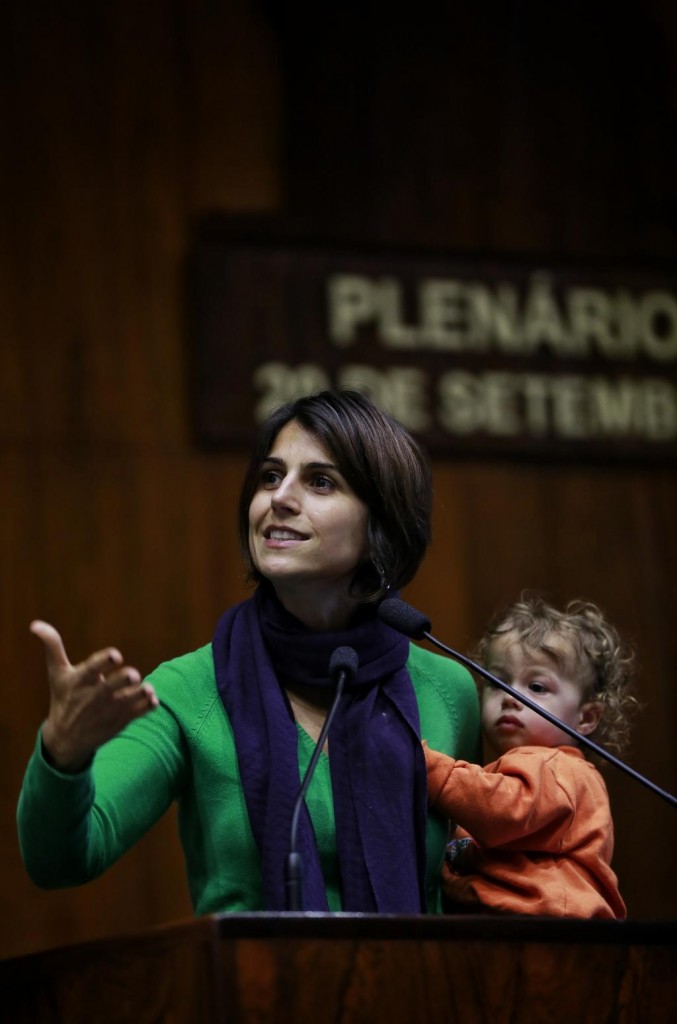 The PC do B is the second largest true left political party in Brasil. Unlike the PSOL party, PC do B has full national support from a social movement, CONAM and a labor union federation, the Central dos Trabalhadores e Trabalhadoras do Brasil (Workers Central of Brasil/CTB). Together they have around 1 million members who will certainly take to the streets to campaign for you next year, but both organizations are not as strong as they used to be. How can you use this historic moment for the PC do B, of launching its first presidential candidate ever, to re-energize the party base?

We will revitalise both our base and the Brazilian people’s struggle through a national development project. We think that confronting these ultra-conservative golpistas (Putschists) who are taking away the people’s basic human rights will guarantee the support and enthusiasm of the people.

Since last year’s coup, there have been huge general strikes and street protests but the government continues to remove all kinds of basic human rights from the people (for example law 13.465/17, passed in October, which makes it harder to prosecute big plantation owners for stealing indigenous lands). Now there are a lot of people who are saying that the coup government is going to try to cancel next years presidential elections. How can the left reorganise and mobilise to remove these rentiers from power, with or without elections next year?

Our biggest fight at the moment is to guarantee that the 2018 elections actually happen. Our strategy is based on resistance and perspective. We have to resist against the daily attacks on our rights, such as the attacks on labor rights and the retirement pension reforms. As we resist, we have to organise to guarantee that we can  dispute the future of Brazil in direct presidential elections in 2018. 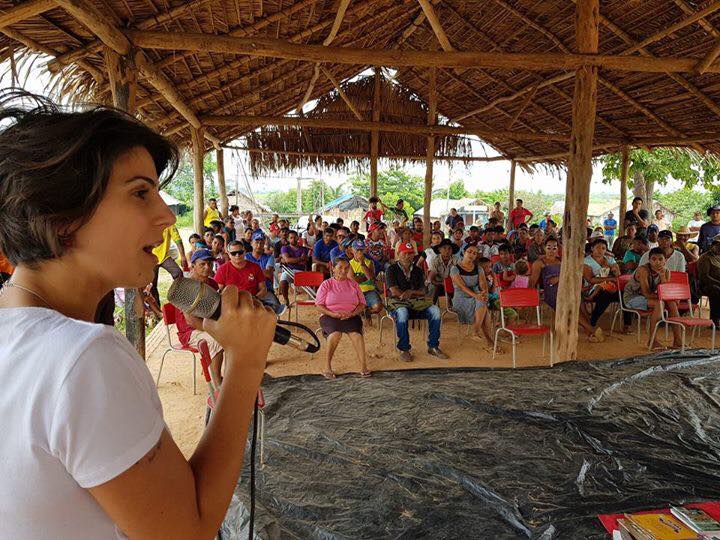