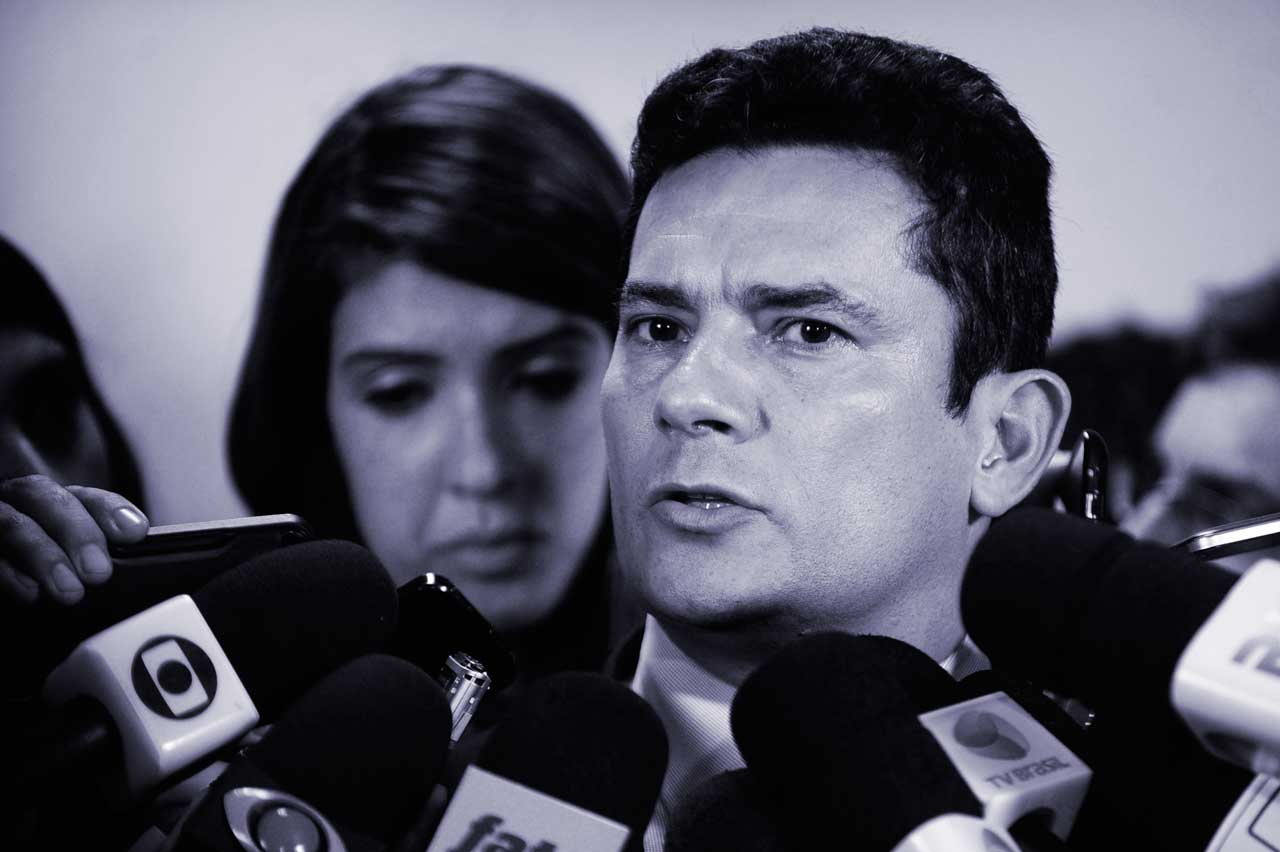 This article is the first of a new partnership between Council of Hemispheric Affairs and Brasil Wire which will investigate allegations of lawfare against the Lava Jato prosecuting team.

As ex-president Luiz Inácio Lula da Silva continues his  appeal against  charges of bribery that revolve around the gift of  a beachfront apartment which  courts were unable to prove he either owned or set foot on a property to a series of  graver corruption misdeeds that led to charges against important members of the neoliberal Partido da Social Democracia Brasileira (Brazilian Social Democratic Party, PSDB), which governed Brazil from 1994-2002, have been dismissed by the Brazilian judiciary.[i] During the past month, two of the PSDB’s most powerful politicians, Jose Serra and Aecio Neves,  filed motions for dismissal of charges related to  the misappropriation of  millions of dollars of funds. On January 24, Federal Public Prosecutor Raquel Dodge requested that the Supreme Court dismiss corruption charges against Serra, PDSB’s 2010 presidential candidate,  for receiving over $2 million  in off-the-books campaign donations from JBS meat packing company, on grounds of  the senator’s advanced age.[ii] On January 26, the Supreme Court dismissed Lava Jato related charges against Neves, PDSB’s 2014 presidential candidate,for receiving millions of dollars in bribes from Petrobras, the Brazilian national petroleum company. For Neves, this was one in a series of multi-million dollar charges which came in the wave of the anti-corruption Lavo Jato crusade, that have been dismissed since he was thrown out of, then reinstated to the Senate in 2017.[iii] [iv] [v]

The vast disparity in the due process observed between the Worker’s Party (Partido dos Trabalhadores, PT) and conservative opposition parties has raised serious doubts about the motives behind the Lava Jato investigation itself. Even the Brazilian Army stepped into the debate, recently posting an article on its web site accusing Judge Sergio Moro and his Lava Jato investigation team of destroying encryption codes to 5 computer hard drives seized from Brazilian construction company Odebrecht’s Swiss offices which reportedly contained  the entire history of its bribes paid out to government officials.[vi] [vii] This evidence, the author said, would enable prosecutors to build a legitimate case against  politicians who had been accused  rather than having to rely exclusively on plea bargains, most of which have resulted in vastly reduced sentences and partial retention of assets for collaborators.[viii] Meanwhile, former Odebrecht lawyer Tacla Duran has accused the Lava Jato defense team of fabricating evidence and building a “sentence reduction selling industry”, an accusation which appears credible despite its biased source, due to the fact that the law firm of Sergio Moro’s wife has negotiated plea bargain deals with Moro and his team as part of the Lava Jato investigation.[ix] On February 16, as evidence continued to showing partisan bias and corruption within the Lava Jato investigation itself, a video surfaced in which  Pedro Barusco, former Petrobras director, admits that he started collecting bribes in 1996, during the PDSB presidency of Fernando Henrique Cardoso, but that the Lava Jato prosecution team asked him to confess only to bribes received after Lula became president in 2003.

Pedro Barusco’s case is one of many that raises questions about how the plea bargains were negotiated by Sergio Moro’s prosecution team. Originally sentenced to 47 years, Barusco  negotiated a plea bargain which lowered his sentence to 15, then, without serving a day of time, he was put under limited house arrest, which only requires him to be at home between 8PM and 6AM.

The translated transcripts of the video read as follows:

Cristiano Zanin (Lula’s Defense Lawyer): You say here that you began to receive these undue advantages in 1997, correct?

Pedro Barusco: There may be a bit of imprecision in my statement, it could have been 1996, or 1998, but it was during this period.

Zanin: You also mentioned in your testimony today, that there is a spreadsheet that you created during the period in which you were negotiating your plea bargain deal with the public prosecutors. Correct?

Barusco: No, I made the spreadsheet during the period in which I was giving my testimony. I had already signed the plea bargain deal by that time.

Zanin: OK. So you had already made the deal with the public prosecutors’ office and so when you began your testimony you created this spreadsheet, correct?

Zanin: So I will ask you, if you started receiving undue advantages in 1996, why does your spreadsheet start in 2003?

Barusco: (long pause) Because of the following. Let me explain how I made the spreadsheet. I left Petrobras, after a period of 8 years as the executive director of engineering. So, when I left, I decided to make a recording, I made an official request to the computer department, they made a backup for me, OK, because I had many documents, I had signed a lot of documents of all kinds. So I asked them to make a copy of it and I had this copy. And these management acts of mine started in 2003 when I took over the engineering department, so I based my spreadsheet from 2003 to 2011 which is when I left.  During the period before 2003, this issues were basically covered in another deal that I made in Rio de Janeiro involving bribes paid by the Dutch company SBM, so this part before 2003 was the objective of this other plea bargaining process in Rio de Janeiro.

Zanin: OK, but in reality you started receiving undue advantages before 2003. This spreadsheet does not reflect the entire period in which you received undue advantages.

This is not the first time that the Lava Jato investigation team has ignored corruption allegations that took place during Fernando Henrique Cardoso’s presidency. In June 2016, during a plea bargain by former Petrobras director Nestor Cerveró, he told investigators that they paid a $100 million bribe to cabinet members in Cardoso’s government in 2002, during the Petrobras acquisition of Pérez Companc, an Argentine petroleum company.[x]

In March 2016,  Delcídio do Amaral, Petrobras director from 1999 to 2001, testified about corruption schemes going from  the Itamar Franco presidency through  Fernando Henrique Cardoso, including$100 million in kickbacks to government officials during construction of an offshore oil drilling platform, which took place between 1995 and 2000.[xi] The platform sunk in 2001, killing 11 workers. [xii]

Lava Jato prosecution judge Sergio Moro has close ties with the US State Department and is a frequent speaker at neoliberal think tanks in the US such as the Wilson Center and AS/COA. At one speech at  the Wilson Center in July 2016, Moro  was asked about his refusal to prosecute corrupt politicians from the PSDB, to which he replied “This Party was in the opposition, so it wouldn’t make sense.”. [xiii] At the time he made the speech,however, two time presidential election runner up for the PSDB,  José Serra, was serving as Brazil’s Minister of Foreign Relations. [xiii]

Moro’s justification for not prosecuting members of the PSDB seems suspicious since his wife Rosangela, whose law firm (Zucolotto Associados, ZA) negotiates  Lava Jato plea bargains with corrupt  businessmen, has also worked as legal advisor to Flavio Arns, Vice-Governor of Paraná for the PSDB. In another apparent conflict of interest, at the outset of the Lava Jato investigation  ZA represented petroleum companies who directly benefit from the breakup of Petrobras, including INGRAX and Royal Dutch Shell. [xiv]

Despite the serious conflicts of interest within the Lava Jato investigation Sergio Moro continues to be treated as a hero in the American business community. On March 2, the corporate-funded think tank AS/COA, which recently held a private  meeting with neo-fascist presidential candidate Jair Bolsonaro, will hold  an event honouring Latin America’s “top corruption fighters,” featuring a speech by Moro.[xv]