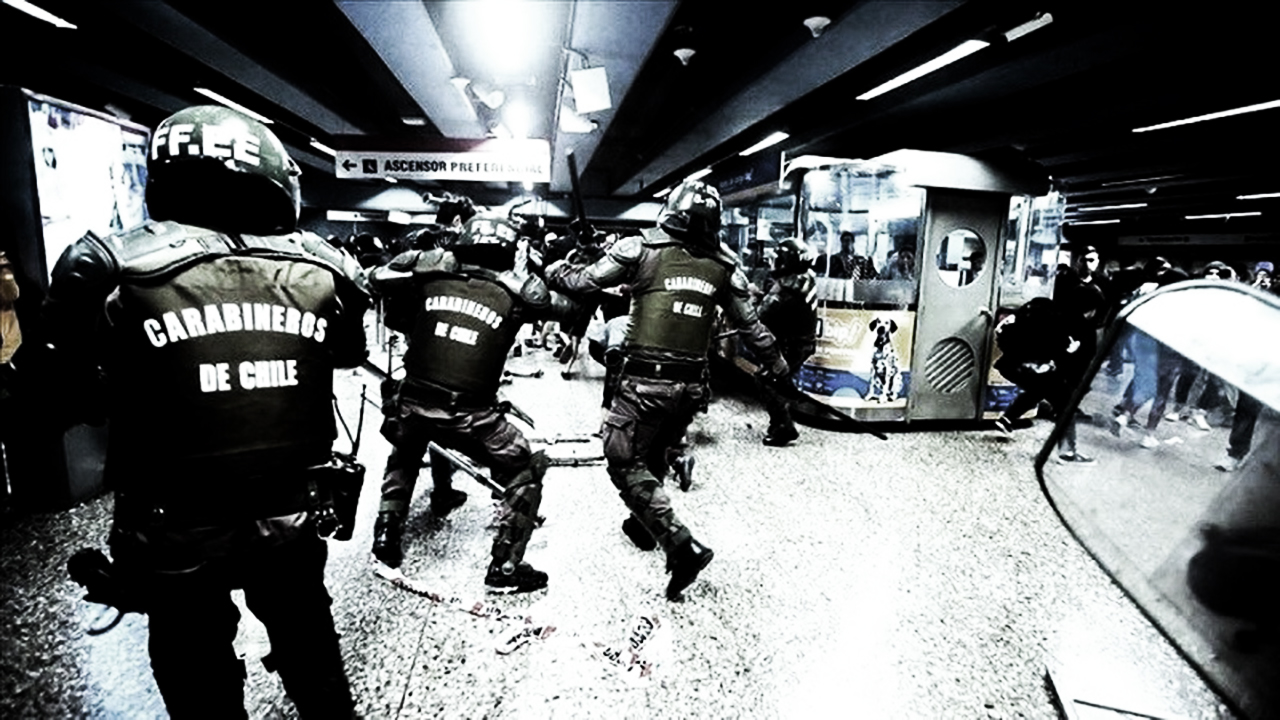 The adaptation of repressive measures reveals South America’s neoliberal governments’ intentions to transform into police states as an offensive management tactic against violence and inequality.

The 2008 global crisis triggered reactions in Latin American economies that were distinct from those adapted in reaction to the Great Depression of 1929. At that time, countries across the region took advantage of the situation to deeply transform their economic orientation, which is the contrary of what happened in 2008, with accommodation to the crisis through enacting neoliberal policies

Raul Prebisch’s 1949 manifesto, Economic development in Latin America and some of it’s main problems, targeted the misconception of the time that the model of commodities export for the region, centralized around decadent England should be maintained. The abandonment of liberal policies and the shift of the economic center to the United States, the most dynamic country at the time, resulted in notable economic performance in Latin America. The increase in the participation of the regional economy in the world GDP, from 7% in 1930 to nearly 12% by 1970, resulted from the installation of national governments that were committed to industrial import substitution policies wherever possible. In this manner the develomentalist policies led to an undeniable transformation of the material bases, which continually became more diversified and integrated, and of increasing social mobility in the Latin American population.

During the global economic crisis, which began in 2008, the region was unable to radically change the trajectory of neoliberal policies that had been adopted in the 1980s, save a few exceptions. Even countries like Argentina, Brazil, Peru and Ecuador, for example, which began adopting developmentalist policies in reaction to the passive and subordinate positions taken during the 1990s, underwent deep setbacks during the decade following 2010, with the ascension of pro-market governments.

In this manner, the 2008 global crisis ended up consolidating neoliberalism in the region and subordination to the relative decadence of the USA, with a deepening of the model of productive specialization through a growing dependency on export commodities. The result was continuity in the drop of Latin American participation in the global GDP to around 7%, increasingly approaching the 1930 level. The current return to the economic model prevalent during the pre-1930 period has led to brutal regression of Latin America’s material and social structures, because the societies are no longer predominantly agrarian as they were nearly 100 years ago. The predominance of the urban lifestyle imposes the need to adapt to costs that are harder and harder to finance due to the dominance of fiscal austerity policies and their result of massification of poverty associated with precarious employment and high unemployment.

Due to the fact that 2/5 of the working population in Latin America now makes less than the value of the national minimum wage, disproportionately represented among youth and women, cuts in public spending, especially in social policies, are further increasing the constraints on reproducing a minimum standard of urban life. The revolts that have started to generalize across various nations in the region, including Ecuador, Haiti and Chile, merely demonstrate the form in which right wing governments intend to contain the growing social unrest.

The option of repression and installation of states of emergency reveal the intentions of the regions neoliberal governments to move towards establishing police states as an offensive tactic against the interrelated increase of the violence and inequality caused by their neoliberal economic models. Thus, Latin America, which already has the world’s highest homicide rate (1 of every 3 murders worldwide takes place here) and is home to 41 of the world’s 50 most violent cities (21 of which are in Brazil) is running a serious risk of greater political setbacks represented by, once gain, abandoning recent experiences with democracy.

Marcio Pochmann is a professor at the Institute of Economics and a researcher at the Center for Union Studies and Labor Economics, both from the State University of Campinas (Unicamp).

This article originally appeared on Rede Brasil Atual and can be seen in its original Portuguese here.